Whatever Jason Segel in Philadelphia moment you’ve had has probably just been one-upped. 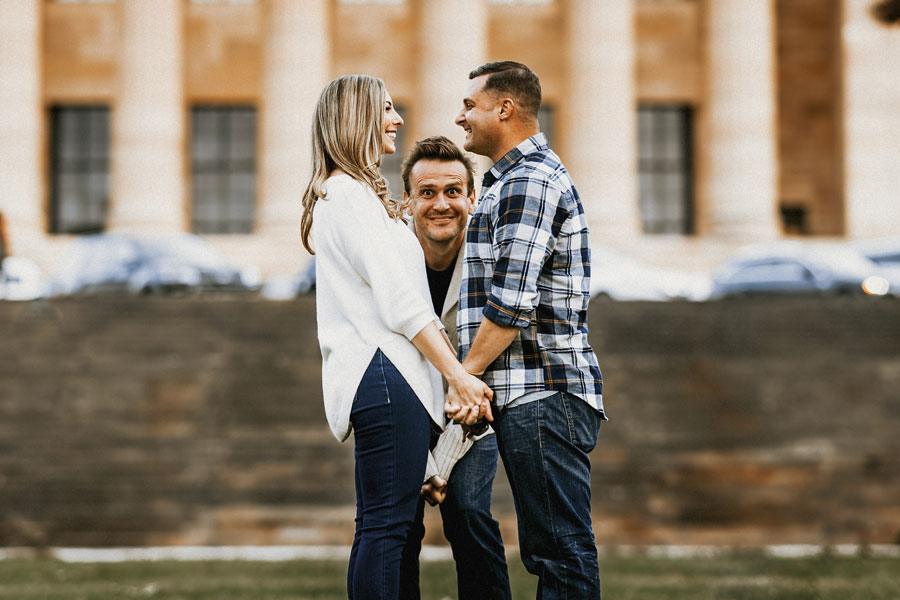 Now that we’ve moved on from the summer of Jason Segel to the fall of Idris Elba, it’s been a little while since we had a great Jason Segel moment. Thankfully, an engagement photo shoot at the Art Museum on Saturday resulted in what is, perhaps, the greatest Jason-Segel-in-Philadelphia moment of all time. Now, don’t be jealous, oh brides-to-be, because Segel just photobombed this couple’s engagement photo.

Megan Monaco, 33, and her fiance Joe Fetrow, 38, drove from their home in Norfolk, Virginia last weekend for an engagement photo shoot with photographer Eric Talerico of Twisted Oaks Studio in South Jersey.

Last year, the couple moved from Delco to Virginia, where Joe serves in the United States Navy, but they wanted to come back to the Philly area for their engagement photos. 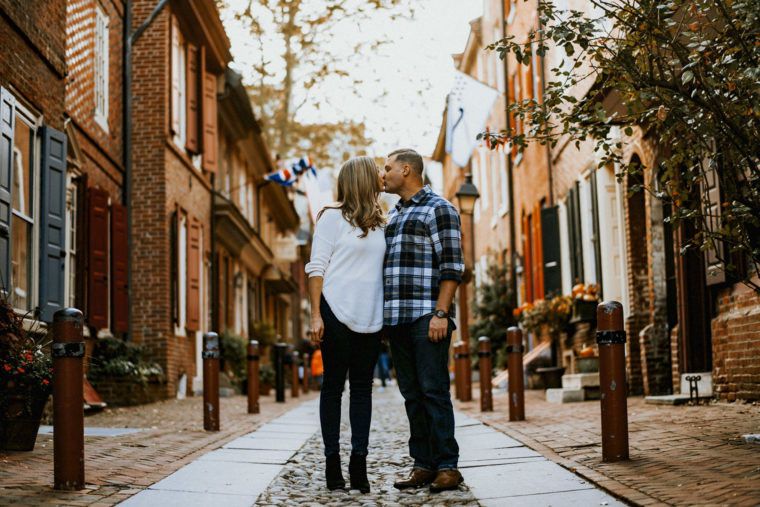 They met Talerico in Old City around 3:30 p.m. on Saturday and took a bunch of photos in the cobblestoned historic area. They strolled along Elfreth’s Alley, the country’s oldest continuously inhabited residential street. Then they took an Uber to the Art Museum for more photos. This is where things got interesting.

We’re Officially Declaring This the Summer of Jason Segel in Philly
Someone Finally Got a Photo of Jason Segel, André 3000, and Sally Field Together in Philly
Philly Is the Best City in America to Be a Celebrity. No, Really.

Talerico photographed them in front of the Art Museum, on those iconic steps. Then they all moved to the sides of the museum, where there is more greenery. And finally, they ended up at the back of the Art Museum. 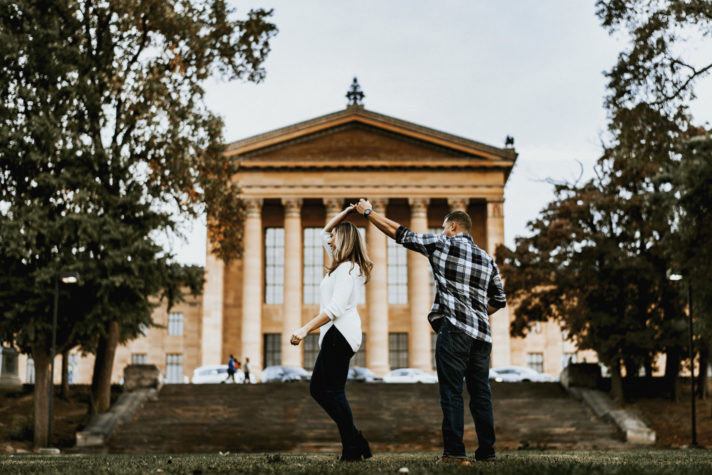 At one point, Megan noticed Jason Segel walking maybe 30 yards away from the photo shoot, and she pointed him out to Joe. Both are big fans. But this is Philly, where fans are chill — so they went about their business.

But then, about 30 minutes later, Segel suddenly walked by again — this time much closer.

“We looked at him and he waved hi,” Megan recalls. “I said, I thought that was you. He told us to just keep doing what we were doing, to stand as we were. And he just popped right into the photo.”

Talerico was quick to snap a photo. “I was only able to get one shot off,” Talerico tells us. “And I just prayed that I had it in focus.”

“The interaction was probably 30 seconds,” says Megan. “It was very cool of him to do that. He didn’t have to. It was funny, and it made the day even better than it already was.”

Notably, Talerico had no idea what all the fuss was about. He didn’t recognize Segel and didn’t really know who he was. “I don’t watch a lot of TV,” Talerico explains.

As for the couple, they plan to get married on July 25th at The Old Mill in Rose Valley. You can probably consider that an invitation, Jason.