Someone Finally Got a Photo of Jason Segel, André 3000, and Sally Field Together in Philly

Thank you all for playing, but the person who took this photo has officially won Summer 2019. 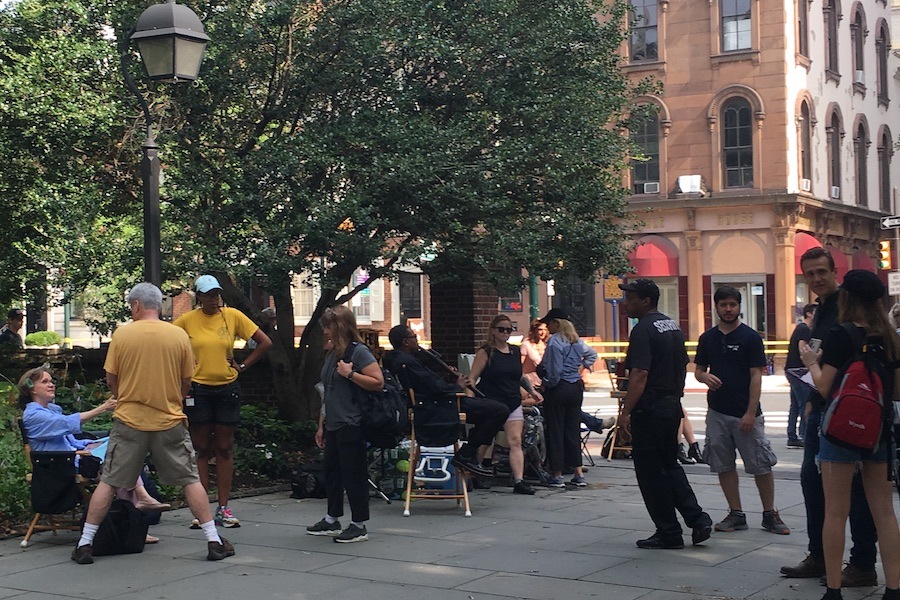 People have been sharing and sending us photos of Jason Segel and his actor pals in Philadelphia all summer long, and we have to admit that we had kinda become desensitized to whole thing.

Well, we’re officially excited again now that we have Jason Segel, André 3000, and Sally Field all in the same photo, with André 3000 playing his flute, no less.

In case you’re having a hard time making out who is who in the photo, we’ll help you out a bit with this annotated version: 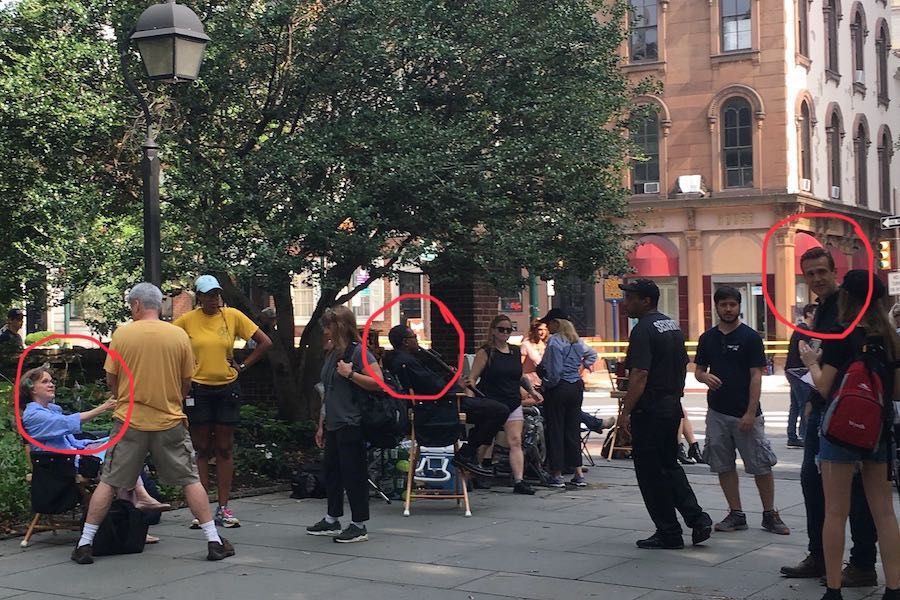 That’s Sally Field on the left in the chair. There’s André 3000 on a stool with his flute. And there’s Jason Segel on the right.

Here’s a zoom-in on each: 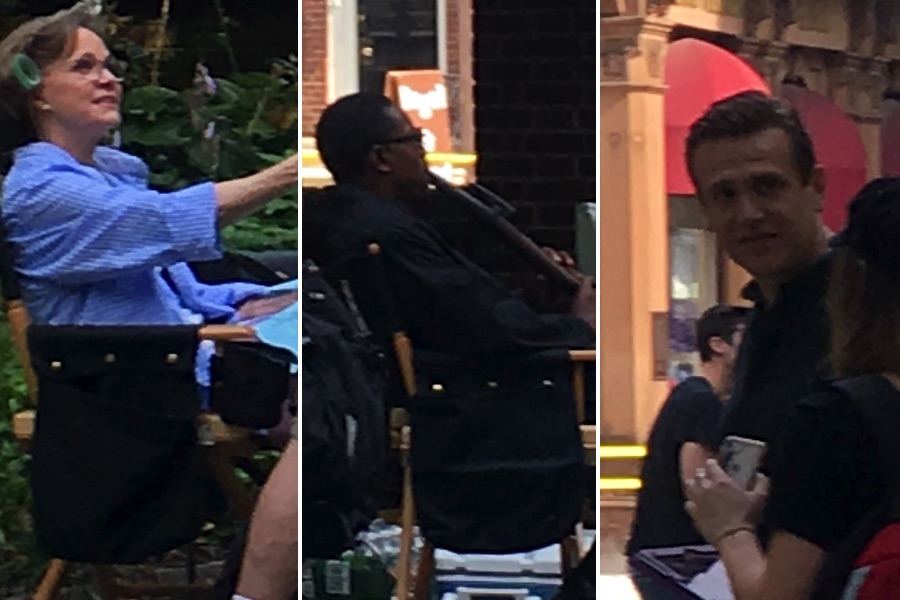 Clausing was walking through Washington Square on Tuesday morning when she happened upon this star power triumvirate.

“I’ve been aspiring to see Jason and André for a while now,” Clausing tells us. “I felt like I needed to do that to complete my summer. But then my expectations were surpassed when I found them with Sally Field, who was looking absolutely fabulous.”

Segel, Field and André 3000 are in town filming the upcoming AMC series Dispatches From Elsewhere, which is reportedly about “a group of ordinary people who stumble onto a puzzle hiding just behind the veil of everyday life.” The show was created by Segel, who is starring in it.

Word on the street is that filming will continue in Philadelphia into the fall, and Dispatches From Elsewhere is expected to premiere next year, at which time we’ll all have plenty more to say about it.