Local comedians say the 52-year-old star, who has been accused of sexual misconduct by eight women but denied any wrongdoing, should have never been booked. 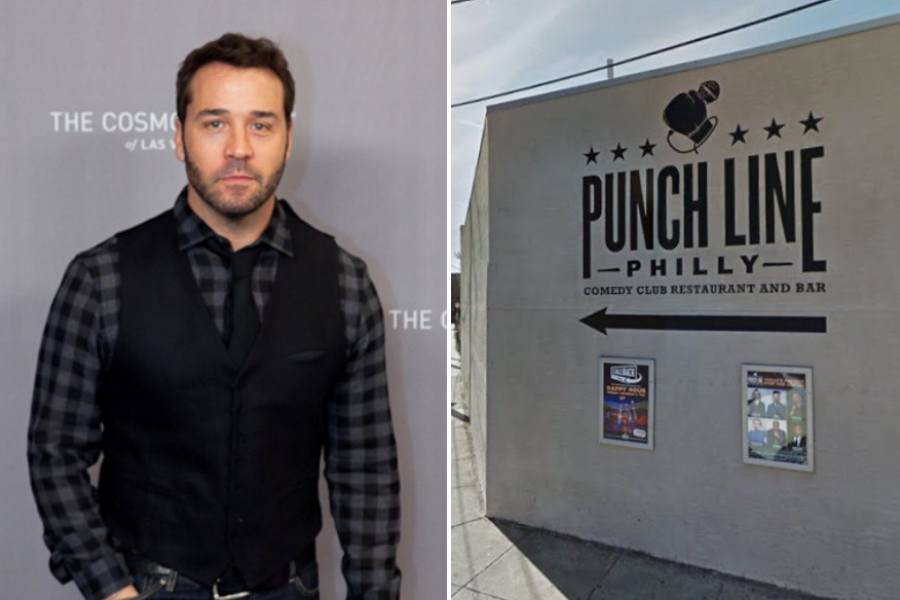 Their concern? Piven, who’s best known for his Emmy and Golden Globe-winning role as Ari Gold in HBO’s “Entourage,” has been publicly accused of sexual misconduct by eight women, as detailed in BuzzFeed News reports.

Piven has vehemently denied all of the allegations, which date back as far as the 1990s and range from groping and sexual aggression to sexual assault — including claims that he exposed himself to multiple women and masturbated on one woman without her consent. Piven’s management company did not respond to a request for comment for this story.

Among them is writer, stand-up, and sketch comedian Bill Reick, who called the decision to book Piven “ridiculous.”

“For me to know that he’s an accused sexual harasser, I have to assume that Punch Line knows that, too,” Reick said. “I’m much less in the show business than they are. How [Piven] didn’t raise 20 red flags … I don’t understand how someone could look past [the sexual misconduct accusations] and book him on a show.”

Punch Line Philly has not responded to a request for comment for this story, nor has events promoter and venue operator Live Nation, which is affiliated with the Fishtown venue. It’s not clear who or what organization, exactly, made the decision to book Piven this weekend.

Lol imagine fucking up soo badly that you book Jeremy Piven at a comedy club in the year of our lord 2018 https://t.co/cCsXgUTmtF

Several local comedians said they were surprised by the venue’s decision to host Piven, given its history. Comedian Beth Eisenberg, one of the organizers of Philadelphia’s Bechdel Test Fest, said she thinks of Punch Line as “a space that is doing more to combat the shitty straight white male sexual harassment comedy scene.”

Through the venue’s frequent drag shows, LGBTQ-friendly events, and monthly showcases promoting female comedians, Eisenberg said Punch Line has previously “gone above and beyond to make spaces for diverse bookings, including women and trans and LGBTQ people, and is making a real point to have safe spaces.”

Erin Dohony, a comic who has performed at Punch Line Philly and produces the weekly Laughs on Philly open mic, said she was “really frustrated and angry” to see the event booked at the venue — precisely because of its reputation. “Punch Line has done a really good job of booking diversely,” Dohony said. “To see them advertise someone who has so much shit against them … it felt like a slap in the face.”

Piven’s show on July 22nd will function as a fundraiser for Ryan Straschnitzki, a former Humboldt Broncos junior hockey team member who was seriously injured when the team’s bus collided with a semi truck in Saskatchewan in April 2018, killing 15 and injuring 14 others.

Several Philly comedians said they felt uncomfortable with the fact that Piven’s show is being billed as a fundraiser.

“[The fundraiser is] not for anything that touches our community,” said Jessica Snow, a longtime Philly comedian and former artistic director at Philly Improv Theater. “It seems so random. It seems like someone is using that to make the show seem more worthwhile and acceptable, but no — it’s still this guy who does not deserve the time.”

Snow and other local comedians said they had recently responded to social media posts by Toronto-based digital marketing agency Grüv Media, which had advertised the fundraiser with Piven on social media earlier this week. But some of Grüv Media’s Facebook posts regarding the fundraiser are no longer available. Snow said the organization took them down after she and several others began posting links regarding sexual misconduct allegations against Piven.

Reached by phone on Tuesday, a spokesperson for Grüv Media said the organization’s “involvement” in Piven’s show “is to raise money for Ryan Straschnitzki.”

“Jeremy Piven was wonderful enough to lend one of his dates for the benefit show,” a spokesperson said. “That is our involvement.”

Asked to confirm or deny whether Grüv Media had deleted Facebook posts containing links to sexual misconduct allegations against Piven, the spokesperson responded with: “No comment.”

Philly comedians continued to post their frustrations regarding the show to social media on Tuesday, even in response to Piven’s request for recommendations for where to eat in Philadelphia this weekend.

Haha, my dude – you've GOTTA check out @GenosSteaks I don't care what NOBODY says! @GenosSteaks are the best! It's a great place to apologize for carelessly deflecting allegations of assault. Pat's may be King of Steaks but that King is NO GOOD!

Several people said they’ve reached out to Punch Line Philly and want Piven’s shows canceled. Eisenberg said the most “infuriating” aspect of the situation is that neither Punch Line nor Live Nation has acknowledged local comedians’ frustrations.

“It’s like there’s a giant fire in the corner, and people are like, ‘Oh, cool, it’s so warm in here,'” Eisenberg said.

Snow, who was the artistic director at Philly Improv Theater between July 2015–2017, said she understands that “shitty” situations like this “happen” — but she wants to hear from Punch Line Philly.

“You can’t do a background check on every performer that you put up,” Snow said. “But once people say, ‘This isn’t good,’ you have to react in a way that supports that community.”

Otherwise, Snow said, she’ll think twice about going back to the local venue.

“I wanted to go to Punch Line to see Melissa Villaseñor from Saturday Night Live next month, and hopefully [the venue] will have said something, done something, or made a statement that makes me comfortable being there again,” Snow said. “But if they just ignore us, I’m probably not going to go back for a really long time.”