Mike Pence Is Coming Back to Philadelphia for a Senate Fundraiser

Get ready for more protests and crazy Center City traffic. 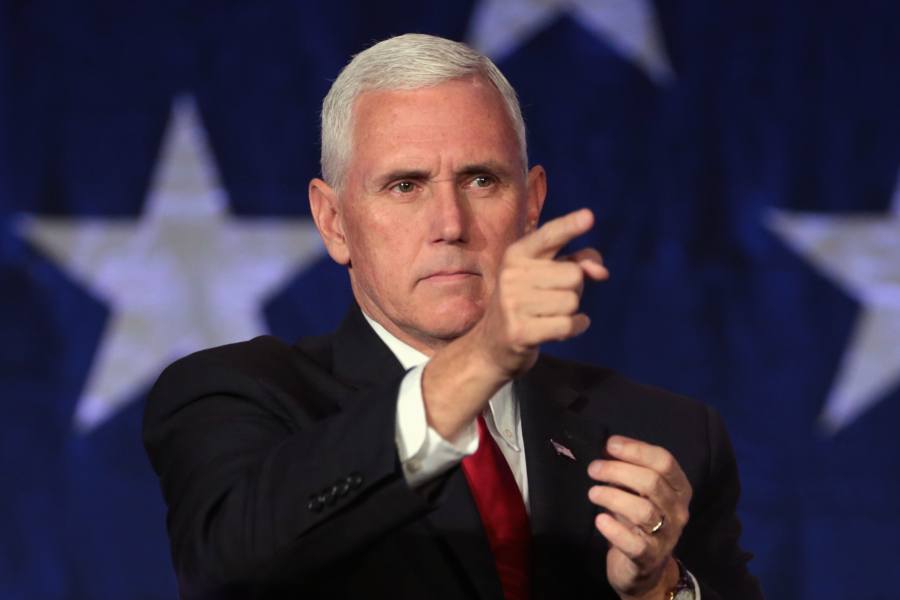 It’s been roughly two weeks since Philadelphia welcomed Vice President Mike Pence with a massive protest in Rittenhouse Square, but it apparently wasn’t enough to deter him from coming back.

Pence will return to host a fundraiser for Republican 11th District congressman and U.S. Senate candidate Lou Barletta at the Union League on July 23rd. Organizers are asking attendees to pay between $1,000 and $10,000 a pop, according to 90.5 WESA, which first reported the event.

Barletta, 61, announced his run against Democratic U.S. Senator Bob Casey last August. He’s largely known as a anti-undocumented immigration hard-liner who has a cozy relationship with President Donald Trump. Trump has given Barletta multiple shout-outs at speeches across the state.

During his visit in June, Pence stumped for GOP gubernatorial nominee Scott Wagner at the Rittenhouse Hotel. Traffic in the neighborhood was snarled upon his arrival, and hundreds of people (including City Council member Helen Gym and Philadelphia City Controller Rebecca Rhynhart) used his appearance to protest the separations of undocumented immigrants from their children at the U.S. border with Mexico.

This is our city and these are our streets! We say NO MORE to racism and inhumanity. #KeepFamiliesTogether #AbolishICE pic.twitter.com/cOpYzKWUEI

No word yet on any protests planned for Pence’s upcoming visit. But knowing Philadelphia, we’re sure it won’t be long until someone organizes one.