Eating at Burgertime NJ is close to the most fun you can have in South Jersey. 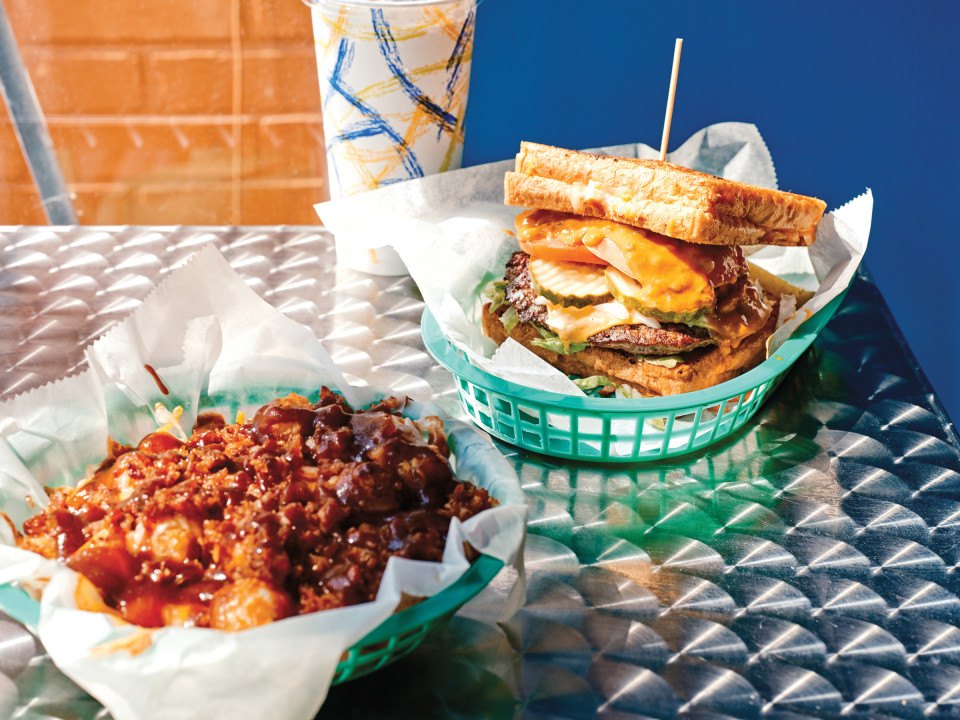 It’s easy to miss chef Dane DeMarco’s new burger spot on Merchant Street — just a storefront on the main drag in Audubon, a half-dozen counter seats, a neon hot-dog sign, and an arcade machine where you can play Burgertime’s namesake video game. The restaurant comes without a wink and a nod. It loves what it loves absent any ironic distance, just kicking it with messy baskets of tater tots and peanut-butter-and-Fritos-topped hot dogs.

I like the burger joint for all these reasons. Respect it because there’s something honest in DeMarco opening a place of their own (the chef uses they/them pronouns) that acts like an edible scrapbook of every weird idea they’ve had after years of slinging burgers — and, of course, other things — at Sonny’s and American Sardine Bar and South Philadelphia Tap Room, where the whole Burgertime shtick began as a pandemic pop-up before growing up and finding its own address.

Order This: The Grilled Cheese Burger and Cowboy tots.

The menu is pure American excess. You want a hamburger between two entire grilled cheese sandwiches? They do that here, and it might be the best over-the-top innovation on the board. You’d think the quadruple bread would be too much, but it’s not. It has the bare crunch of a butter-brushed and griddled New England roll when you get it straight off the flat-top, but stuffed with gooey, melty American cheese. The burger patty itself, hugged by cheese on both sides, becomes almost like an inside-out topping for the grilled cheese sandwiches. It just works.

Not everything comes together so nicely. I hated the dishes with chili on them because I hated the chili — a thin and gruel-ish version that tasted of nothing more than salt and the ghosts of sad tomatoes. But the Cowboy tots with bacon, BBQ and cheese taste like everything great about not giving a shit. Like eating junk because junk is delicious and also, who gets to say it’s junk anyway? Like something you’d throw together stoned at 1 a.m. and think yourself the second coming of Jacques fucking Pépin. You aren’t (sorry), but that doesn’t mean it doesn’t scratch an itch for salt and crunch and sourness all at the same time. Burgertime would absolutely kill it in Fishtown, on 13th Street or North 3rd. The lines at 11 p.m. would be down the block.

But Burgertime does nothing to chase late-night crowds. It closes at 8 p.m. most nights, does most of its business as takeout, opened over the bridge, and just wants to be as weird and as nerdy as it wants to be. It’s got hits and misses owing largely to the particular trajectories of your childhood food memories and grown-up cravings. Burgertime is there to feed your inner child.

Just so long as it brings its grown-up wallet. 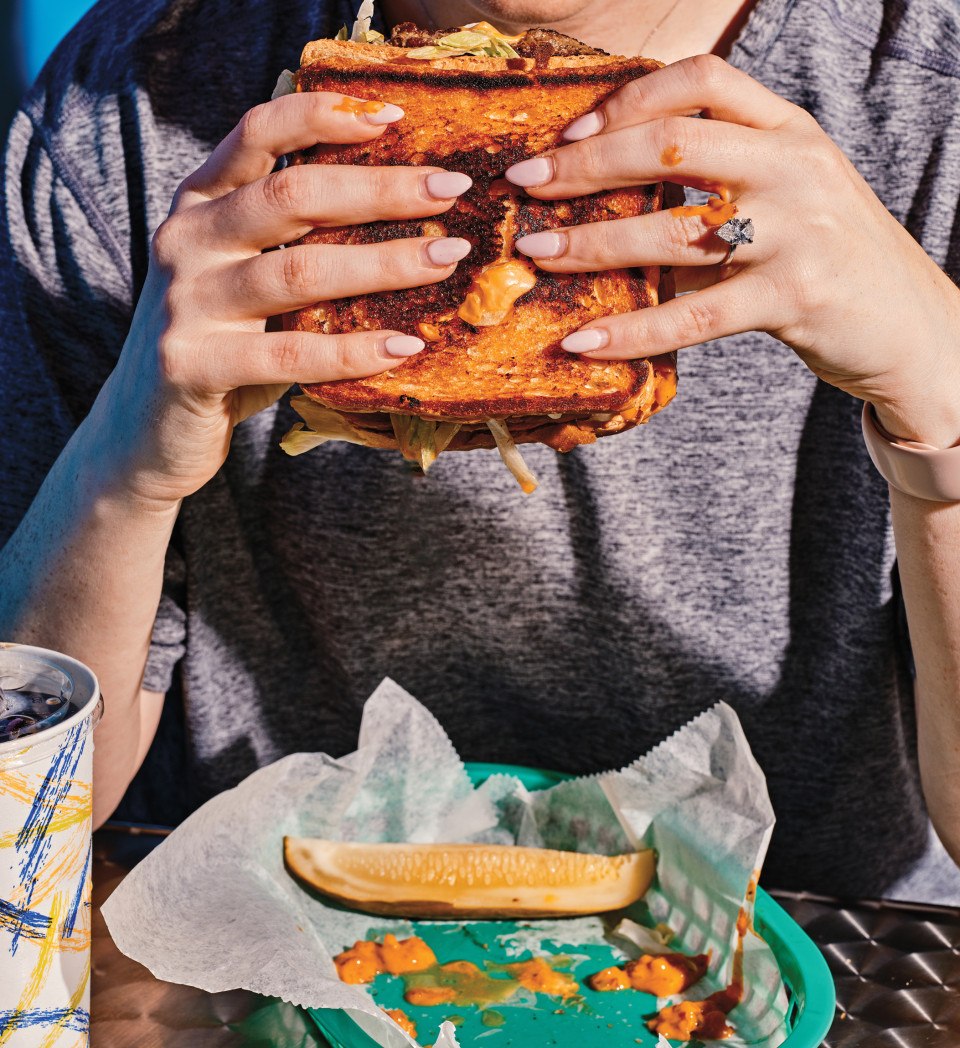 Published as “Feeding Your Inner Child” in the October 2022 issue of Philadelphia magazine.