Plus, Rangoon announces its closure and the Philly restaurants infiltrating NYC. 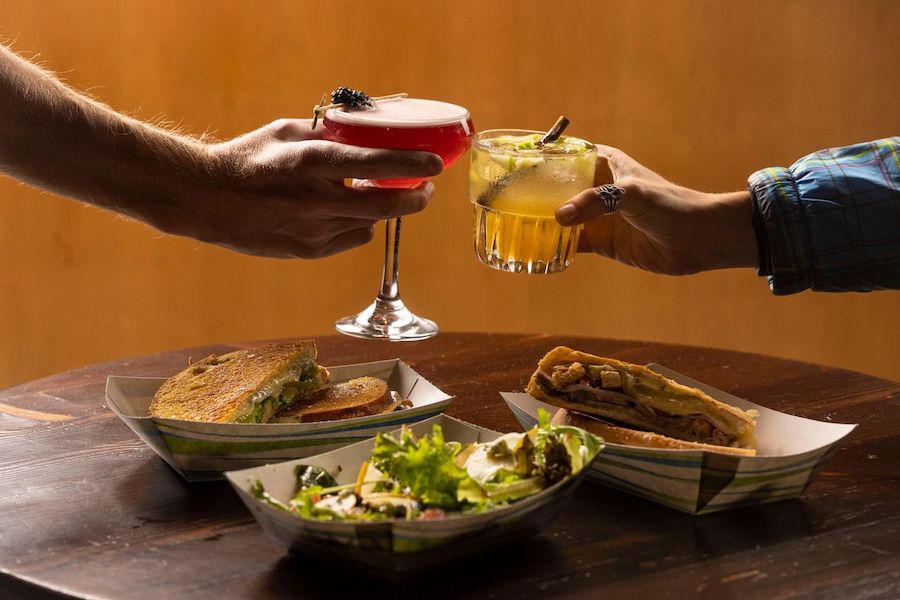 Let’s keep things cool this morning, huh? Just a little bit of news, a couple laughs, and then we can all all get on about the business of putting off making Thanksgiving plans with our families.

So the big news of the week (at least around these parts) was the announcement that our own Alex Tewfik is leaving his post as Philly Mag’s food editor to open a restaurant of his own — which is great news, sad news and confusing news all at the same time. Sad because we’re losing him. Great because he’s moving on and investing in the industry that he’s been a part of for so long — putting some skin in the game, as it were, by taking over the old Noord space on East Passyunk and turning it into Mish Mish — small, relaxed, with a little wine, a nice menu. A “middle class of restaurant,” in his words, something he’s always thought Philly didn’t have enough of. And it’s all a little confusing because … well, of all the times to open a restaurant, he chooses the tail-end (we hope …) of a global pandemic that has decimated the industry pretty much everywhere? That’s a bit like opening a buggy whip factory two weeks after the first Model T rolled off the line. Or getting a job in print journalism in the Age of the Internet …

Ah, well. Alex explains himself pretty well here and here if you’re interested. It’s gonna be a wild ride, for sure. And since this is probably the only time I’ll be allowed to write about Alex (or Mish Mish) in public, I just wanted to say bonne chance, remind him to keep a bottle of Jameson Rarest Vintage for me behind the bar, and wish him nothing but the best.

This week, we had announcements from two different big-time local operators of new expansions into the Big Apple.

First off, HipCityVeg (which has been on a bit of a tear lately, announcing expansions all over the damn place) now has some details on its plans for world domination. On October 28th, they opened their NYC flagship location at 28 East 12th Street in Union Square. What’s more, there are two more New York outposts planned for fall and winter openings — one in Brooklyn, one in Queens, both of them delivery-only “go-kitchens” — a new thing that HipCity is focusing on after seeing online orders triple since the pandemic.

Nicole Marquis and her HipCityVeg team are still planning on three additional upcoming Philly locations, plus two more in Washington D.C., putting them on track for eight new Mid-Atlantic locations by February.

Meanwhile, CookNSolo are also looking at a move to the Big City — which is not at all surprising after being named as one of the best restaurants in America by the New York Times just a couple weeks back. Last week, they announced (via Instagram) that Laser Wolf was going to be getting a second location — this one on the rooftop of the Hoxton Hotel in Williamsburg, Brooklyn. They’re launching this new project in collaboration with the Boka Restaurant Group out of Chicago, and they’re promising all the same kind of fun there is to be had at the Philly original — plus brunch.

Laser Wolf Brooklyn will be opening in December. And if you’re looking for a little more good news from CookNSolo, stick around through the Leftovers because I’ve got one more tidbit for you, too.

But first, some more news.

I know we talked about it a couple weeks ago, but Rex at the Royal finally opened to the public on Thursday — meaning I can now check it off my list of places I’ve been watching.

They’ve got Aaron Paik standing as exec (brought him in all the way from Charleston), a menu full of fried green tomatoes, she-crab soup, shrimp and grits and barbecued beef with beans, a raw bar, lobster salads, crab fondue with pretzels and a wild looking cocktail lineup. In case you couldn’t tell, I’m really looking forward to checking it out.

Right now, they’re running service seven nights a week on the main dining floor, dinners only. Plans for the café, bottle shop and mezzanine seating are still coming together, but should be in place before winter hits.

Drinks, Dinner and a Haircut, All in One Place

I know. This sounds like the worst idea ever. A barbershop with a bar and restaurant attached? That seems weird on a whole variety of levels.

And yet, Blind Barber has been a success in other markets. And we checked it out in the days right before the pandemic — when it was still technically in soft-open and still trying to get the balance right — and found it to be a surprisingly pleasant experience.

But with COVID and the various shutdowns affecting bars and barbershops throughout the city, the place never really got its chance for a grand opening and proper debut. And this is the kind of concept that needs a little pomp to get people through the doors for the first time.

So now, Blind Barber is essentially re-launching with service seven days a week in the barbershop and a five-day schedule for the attached back bar and restaurant. Philly’s version of this concept (there are also two in New York, two in Los Angeles and one in Chicago) is the largest, with over 4,000 square feet of space in the Hale Building at 1326 Chestnut Street in Midtown Village, a cool, speakeasy vibe, expert barbers on one side, a fully-staffed restaurant on the other. What’s more, the place now has a kitchen bossed by chef Alex Young, who came to Philly after stints in New York and Atlanta.

So here’s how it works: You book an appointment for a haircut, and you drink free while you’re getting your coiffure tinkered with. Then, when you’re done, you can head out the back where you’ll find the speakeasy-style restaurant and double-level back bar. The whole intent here is to take the kind of cool, calm and camaraderie of the barbershop experience and extend it into the dining room with Negronis and Old Fashioneds, New American snacks and DJs doing sets. It’s a place to drink, dance, hang out, chill — extending the indulgence of a good haircut into a kind of Dude’s Day Out vibe. Which, honestly, sounds kinda nice.

Blind Barber’s barbershop is up, running and taking appointments seven days a week, from 11 a.m. to 8 p.m. The bar and restaurant are running five days a week, Tuesday through Saturday, from 5 p.m. to 11 p.m. on the weekdays and 5 p.m. to 2 a.m. on Thursdays, Fridays and Saturdays.

See that picture right there? That’s a snap of the new collaboration cake being done by Sarah Qi and Trista Tang of Cake & Joe in Pennsport and Thu Pham of Caphe Roasters, who recently opened up a full café on J Street in Kensington. The C&J crew used the coffee beans sourced by Pham to make her exquisite Vietnamese coffee and turned them into a cake that combines vanilla and chocolate cake layers, a Vietnamese coffee mousse, a caramel mousse and crystal sugar candy.

Individual cakes are already for sale at Cake & Joe. And they’ll be in the bakery case at Caphe Roasters starting on Thursday, November 4th.

There’s a little bit of bad news this week: Looks like Chinatown’s legendary Burmese restaurant, Rangoon, will be shutting the doors after almost 30 years of service. The crew over at Philly Voice talked to one of the owners, Christine Gyaw, and she said that she and her partners are just tired. Plus, there’s a lot of interest from local restaurant owners wanting to buy her space. So it looks like Rangoon will likely be shutting its doors at the end of the year.

Oh, and remember those plans for a Victory brewpub and taproom in Philly that were circulating a couple years back? Yeah, well as with pretty much all plans for everything, the pandemic threw a wrench in and, for the longest time, it looked like it wasn’t going to happen at all.

But now, after a two-year wait, the Victory brewpub is finally open for business at 1776 Benjamin Franklin Parkway. They’ve got 30 Victory brews on tap — everything from Golden Monkey to Dirt Wolf, Honeycrisp cider to Storm King stout — plus a full menu that leans heavy on the apps, kebabs and sandwiches.

And finally, here’s that little bit of extra good news from CookNSolo that I promised. Right next door to the new Victory beertopia, there’s supposed to be a new Federal Donuts location opening sometime in the near future. So that means beer, fried chicken, coffee and donuts — all in essentially the same place. I mean, that’s a whole day’s worth of fun without ever leaving the block. A man could live happy right there, never wanting for anything more.