Plus, Noord is closing in East Passyunk, and the New York Times praises one of Philly’s greatest bagel shops. 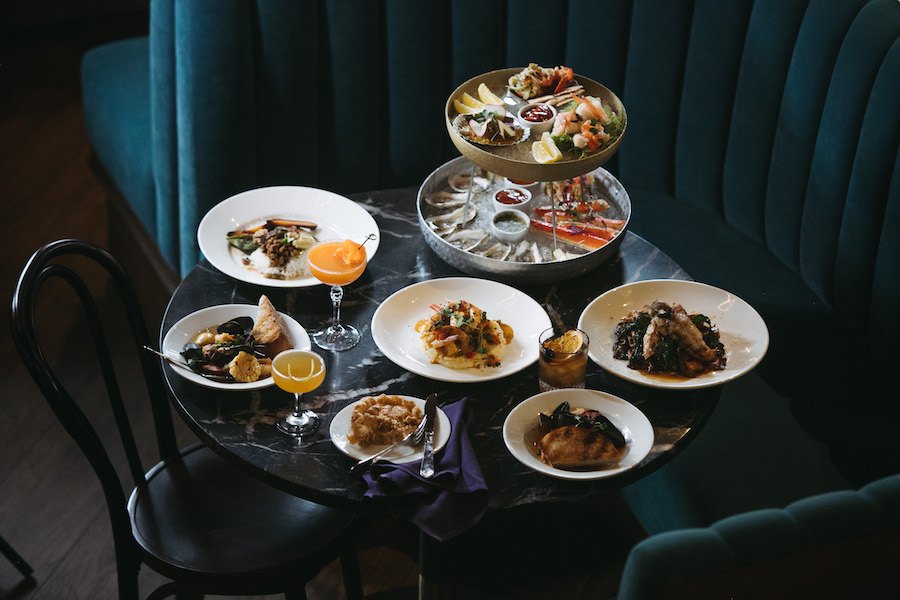 Dinner at Rex at the Royal | Photo by Neal Santos

Is it Monday already? Well, I guess that means it’s time for us to sit down and talk about the news. I’ve got a whole bunch of stuff of stuff on the front burner for you this week — and one thing that’s on a long, slow boil on the back of the stove.

A post shared by Rex at the Royal (@rexphl)

Rex at the Royal

Way back in the Before Times, there was a plan in place for South Street’s steadfast Southern darling, Rex 1516, to shuffle a couple doors down and move into the old Royal Theater at 1524 South Street. There was going to be a big dining room, a glitzy bar, private dining spaces, mezzanine seating that looked out over the main room and live music, too. It was going to be a really big deal. Guess when they were planning on opening?

So, yes. Unsurprisingly, those plans got cancelled and, for a long time, there was just a big, Lowcountry-shaped hole on South Street and a lot of people wondering what would ultimately become of Rex and all its plans.

But all of a sudden, things started looking up. On October 1st, there was a “Rex at the Royal” pop-up. Last week, the team threw a fancy, invite-only preview that took place at the actual Royal Theater, making me think that an actual Rex at the Royal opening couldn’t possibly be too far off. So I made a couple calls and dropped a few emails, hoping I could bring you some good news last week — only to find that the Rex team was still working on securing a liquor license and no official opening date had yet been scheduled.

Still, I’m psyched. It seems like a very big project with a lot of work being put into it. All those 2020 plans for live music and a double-decker dining room? They all remain on the books, and the space itself comes with its own long history of cool. And late last week, I did start hearing that there might be a public opening in the near future (like maybe this coming week).

So keep your eyes on that big South Street space, cats and kittens. That team has been waiting a looooong time to throw open those big doors. And when they do, it’s gonna be one helluva party. 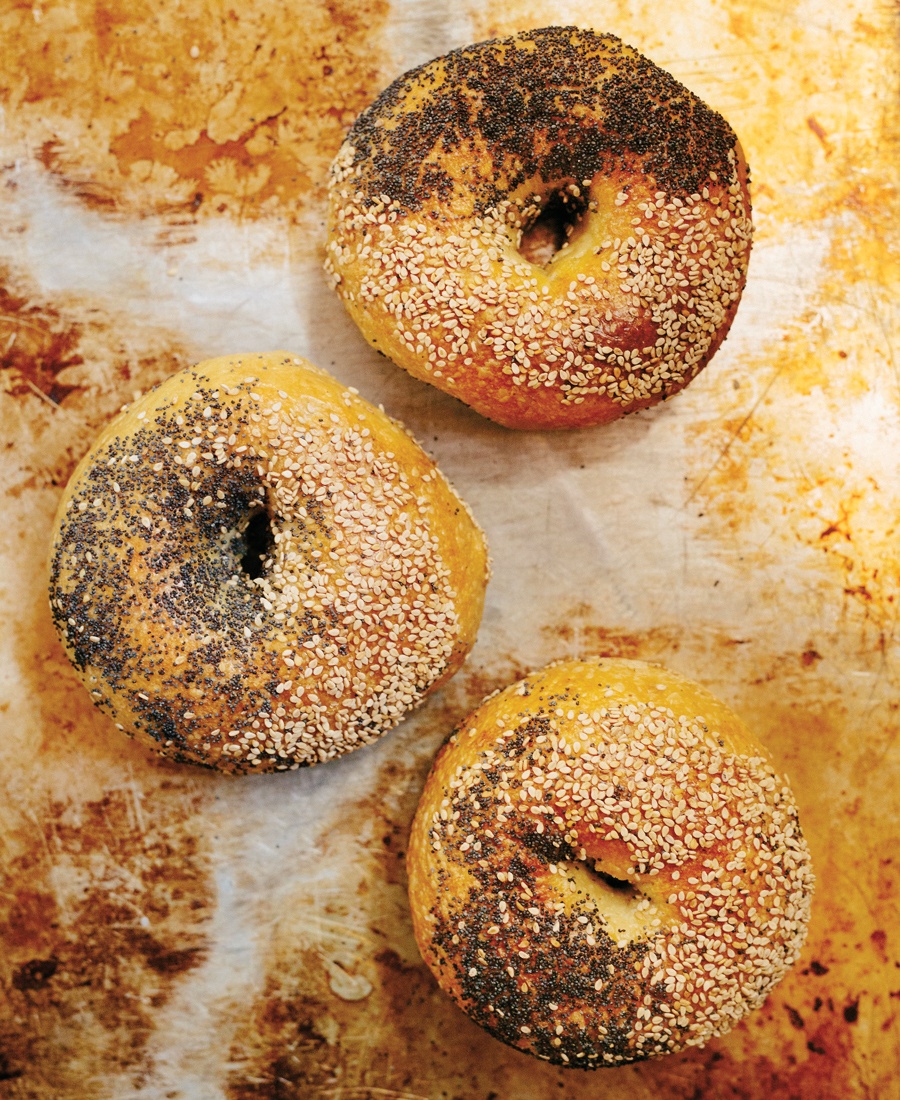 One More Reason Why Philly Is Better Than L.A.

Last week, the food nerds at the New York Times released “The Restaurant List” — a collection of 50 spots from all across America that they were “most excited about right now.”

And look, it was a solid list. In this day and age, even the thought of putting together something like that would fill me with equal parts dread and flusteration, so due credit to the team that pulled it off. It’s filled with a good mix of old classics and daring newcomers; is canted sharply in the direction of the historic and/or hyper-regional. And it includes not one, not two, but three Philly restaurants.

Which, for those of you keeping score, is the same number as both Portlands (Maine and Oregon) got together, two more than the entire state of Florida, and one more than Los Angeles.

I’m not saying that this makes us better than L.A. or anything. Really, it’s just math saying that. Because three, last time I checked, is more than two.

Anyway, the Philly restaurants name-checked in the Times were Down North Pizza (an excellent choice, and a place with a mission, which is always nice), Laser Wolf (which, I swear to god, was just about as close to a perfect modern dining experience as I’d ever had when I ate there not long before the city shut down) and Korshak Bagels.

No, for real. A New York City paper picking a bagel place in Philly as one of the best in America? That’s a record-scratch kinda moment as far as I’m concerned. And what’s more, Korshak really is awesome on a whole variety of levels. If you haven’t been, check out this piece by Sadie Pennington over at Eater Philly for a taste. And then, when you’re done with that, go get in line. It’ll be worth it.

True, I could name a dozen other places in this city that are just as deserving of such love and attention, but these three? They’re a really nice “Philly 2021” starter kit. They’ve got breadth, scope, strangeness, heart — all things that define the best restaurants in this weird-ass city. And while I have zero need for any kind of outside validation when it comes to my love for this city’s scene, the fact that Philly got the same number of spots on the list that San Francisco did?

And Now Some Bad News

Noord, that South Philly stalwart and beloved purveyor of snert and bitterballen, will be shutting down for good at the end of the month. October 31st will be Noord’s last day of service before partners Joncarl Lachman and Bob Moysan up-stakes and head for a quieter life away from East Passyunk and the absolute heart of Philly’s most recent restaurant renaissance. Starting in November, though, Lachman and Moysan will host a Monday night pop-up in the space inspired by Van Gogh’s iconic Potato Eaters painting. Menu’s fixed at $50 a head.

There are a lot of reasons why Lachman is calling it quits. COVID, sure. There’s literally no restaurant story these days where the pandemic doesn’t feature prominently. But Lachman has been downsizing steadily over the years. Neuf is long gone. Winkel is being run by chef Jonathan Yacashin. His amazing breakfast spot, the Dutch, has been in the hands of Fond’s Lee Styer (who originally opened it with Lachman) for a while now.

Noord, though, was as much about Lachman as it was about the food. He was dedicated to the art of service, and nothing about the place would feel right without his presence.

So if you’re a fan, if you’ve loved it over the years or just discovered it last week, or even if you just want to say tot ziens to Bob and Joncarl, drop by before it’s too late.

Because I’m sure that space won’t stay vacant for long.

So what you gotta ask yourself right now is, why are you still sitting at your desk reading this when you could be at the Market eating chicken and waffles. Go ahead. I’ll still be here when you get back.

Meanwhile, for those of you still reading, there’s this: I know it’s a long haul, but if you’re willing to make the drive down to Painted Stave Distilling, there’s a very cool thing going on in a couple weeks. They’re doing a take-out pie and cocktail pairing. For $95, you get four pies from four different local bakeries, four double-sized cocktails (eight drinks, basically) and a pairing guide that explains why the crew matched things up the way they did. Pickup is on Saturday, November 13th, between 2:30 and 8:30 p.m. Orders that are not picked up on time will be eaten by the staff.

Painted Stave is in Smyrna, Delaware. That’s just an hour from Center City. I have driven further than that for a cheeseburger. This is take-home cocktails and pie. I just thought you folks should know about it. Check out the details (and get your tickets) right here if you’re interested.

And finally this week, here’s something to look forward to for anyone optimistic enough to make plans more than two weeks in advance.

Last week, the Schulson Collective (Sampan, Alpen Rose, Via Locusta, Giuseppe & Sons, Double Knot, etc.) made what I believe is the first announcement for a restaurant opening in 2023. He’ll be going into the ground floor of the new Laurel Rittenhouse building at 1911 Walnut Street with … something. There’s no name yet, no concept, no word at all on exactly what Schulson and his team have planned other than it will be big, bold and done in collaboration with Nick Brannon, the former baker at Parc.

But seriously, 2023? How can anyone make any promises about 2023? For all we know, aliens will have landed by then, turned us all into pets, and everyone will be eating lasers. For all we know, we’ll be living underground, fleeing genetically engineered shark-bears or a virus that makes everyone explode. If the past year has taught me anything, it’s that you never know what next week, next month or next year might look like when you get there. But cheers to anyone who can pitch a business plan for 2023 with a straight face.

Now if you’ll excuse me, I have some digging to do in the backyard. That anti-shark-bear shelter ain’t gonna construct itself.