What Are We Supposed to Do With $18 Tacos?

Reckoning with the true cost of Condesa’s fried fish tacos. 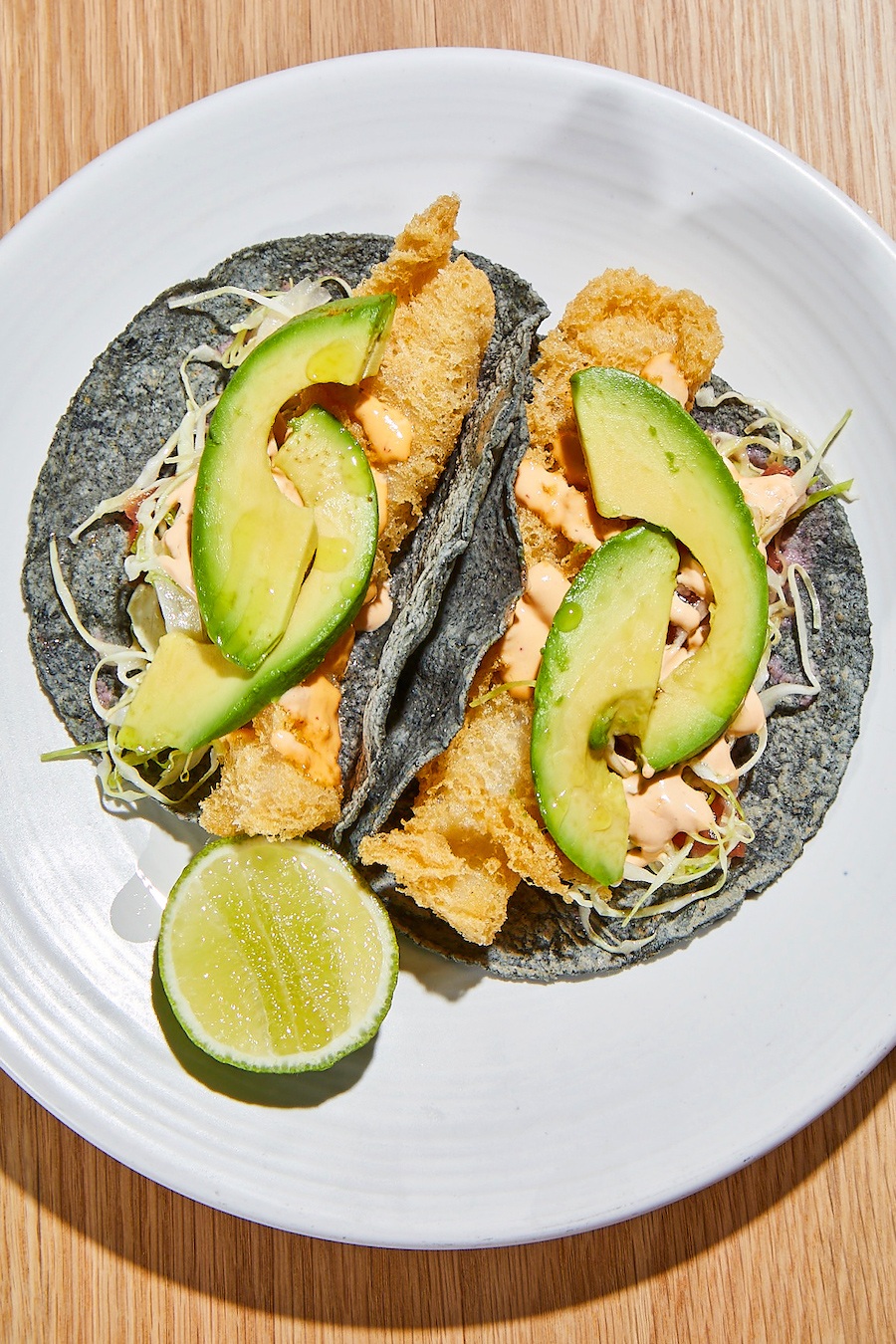 Sticker shock is an inevitable part of the restaurant experience. Actually, sticker shock is a crucial part of the restaurant experience, because if you strip away all the trappings (the decor, the music, the hospitality), going out to eat, the practice of it, is basically a two-hour food-and-booze-fueled cost-benefit analysis. A restaurant is good when it meets or exceeds expectations — and those expectations are set by a specific, very intentional dollar amount on a menu.

The price of a menu item is a loaded figure. In its most basic form, it’s simply the marked-up cost of the sum of the ingredients. But it’s never just that. More often than not, pricing strategies veer into more ambiguous pseudosciences — like including the cost of labor and expertise (which is why restaurants get to charge upwards of $18 for, like, five ravioli). The cost of rent or taxes can be built into the price of your salad. Sometimes, items are priced lower than they ought to be, as loss leaders, in the hopes that food will encourage diners to purchase booze (which, as you know, comes with a hefty markup).

And there are times when the price of an item is designed to say something. About the restaurant. About the chef’s ambition and skill in the kitchen. About the kind of experience you’re supposed to have when you’re dining there. Putting a $20 burger on your menu says something about the ingredients, the labor, the rent, sure. But it also tells the diner: Yeah, this is a $20 burger kind of restaurant.

So what, exactly, is Condesa, the new modern-Mexican restaurant in Rittenhouse by Defined Hospitality (the restaurant group that brought us Suraya and Pizzeria Beddia), saying with a plate of $18 fish tacos? Because $18 for two tacos makes Condesa’s tacos easily among the most, if not the most, expensive tacos in the city — which is notable for a few reasons, most having little to do with the inherent culinary value of these tacos (we wouldn’t think twice before paying $18 for pasta, would we?) and more to do with the context in which the tacos are positioned.

More often than not, pricing strategies veer into more ambiguous pseudosciences — like including the cost of labor and expertise.

Condesa lives on the ground floor of the Pod Philly Hotel. Pod Philly is part of a hotel chain that, presumably, has a lot of money behind it. Defined Hospitality is owned and operated by a triumvirate of three white men: Greg Root, Nick Kennedy and Al Lucas. (There are partners and investors, too, but these three are the faces of the company.) There’s a space race of sorts unfolding in the high-end Mexican arena among Philly’s top-tier restaurant groups — there’s Condesa, of course, but Starr Restaurants is opening such a spot in Kensington, the Schulson Collective is launching one in Camden, and 13th Street Kitchens is debuting one on Spring Garden Street. The Philly region is home to a large Mexican community and, with it, a vibrant scene of taquerias and fondas, all of which serve their communities tacos for half the prices of the high-enders.

It’s hard to ignore these facts when you’re biting into the masa tempura fried hake tacos at Condesa, sitting under those fancy lights, in that million-dollar dining room. It’s hard to ignore the money-grabbing nature of it all. Because there’s no denying that these tacos are a textbook example of cultural appropriation (in that a privileged group of people is making money from the culture of a marginalized community). But while cultural appropriation in food and restaurants is a foregone conclusion, it’s not necessarily bad. There are right ways and wrong ways of doing things.

Kennedy tells me he works directly with a company called Masienda — a middleman between smallholder farming communities across Mexico (that grow non-GMO, increasingly rare heirloom corn varietals) and restaurants and consumers in the U.S. — to source corn that he and his team nixtamalize in-house. What that means is, he buys pallets of really nice corn, heats that corn in giant stockpots filled with water and calcium hydroxide, lets it sit for a day, rinses it, and grinds it with a custom volcanic stone grinder. (“Which requires its own skill,” says Kennedy, “because you have to grind the corn to different thicknesses depending on the kind of masa you want.”) The ground corn is then thrown into a mixer and hydrated before each tortilla is made by hand on a traditional press. “This process was important for us to understand,” Kennedy says. “The difference you get from the aroma and texture … we’re just really proud of it.” (They really are incredible tortillas, by the way. And the tacos are easily some of the best I’ve had in Philly.)

So, yes. Kennedy and his team (led, in part, by chef de cuisine Alberto Sandoval, a Mexico City native) put in the necessary work to respect the cuisine. They’re supporting the right things, sourcing from the right places — which, if you’re going to appropriate a food culture, is exactly what you should do. Upstairs at the rooftop bar, El Techo, the tacos are significantly cheaper; they range from $3.95 to $5.25 each. Their tortillas are still made the same way in-house (same purveyor and process; different corn). They’re smaller, of course, but those prices are more in line with what we normally see on restaurant menus. And that makes the $18 tacos even more complicated. “It’s a different value proposition. There are different expenses upstairs,” says Kennedy. “But just because it’s Mexican food doesn’t mean it has to be cheap.”

Which is absolutely right. Mexican food in Philly (and beyond) suffers from the same problem that so many other international cuisines do: People expect it to be cheap. But like so many immigrant-owned restaurants in America, taquerias were born of a need to feed their communities at an affordable price. The expectation in itself is an example of cultural appropriation that we haven’t really come to terms with.

They’re supporting the right things, sourcing from the right places — which, if you’re going to appropriate a food culture, is exactly what you should do.

And I recognize that. I recognize that the reason I’m even writing this is because of that initial sticker shock. But I’m also torn, because cultural appropriation isn’t just about power dynamics. It’s about access, too. And I can’t ignore an entire dining room full of rich white people eating $18 tacos. It’s impossible. If your prices exclude the very people who gave you the tools and education and ingredients necessary to open this $18 Taco Kind Of Restaurant, maybe something went wrong in the conceptualization of the business. Kennedy and his crew went to great pains to make this restaurant as authentic to modern Mexico as they could. The problem is, many of the people who’d appreciate that authenticity most aren’t able to enjoy it.

You can respect the cuisine, you can put in the work, you can do all the necessary research, you can hire the right people, you can source your ingredients from all the right places, and you can fit all of it neatly inside a beautiful hotel restaurant. But at what cost?

Literally, at what cost?