The Triple Markup on Wine Is Dying. And Good Riddance. 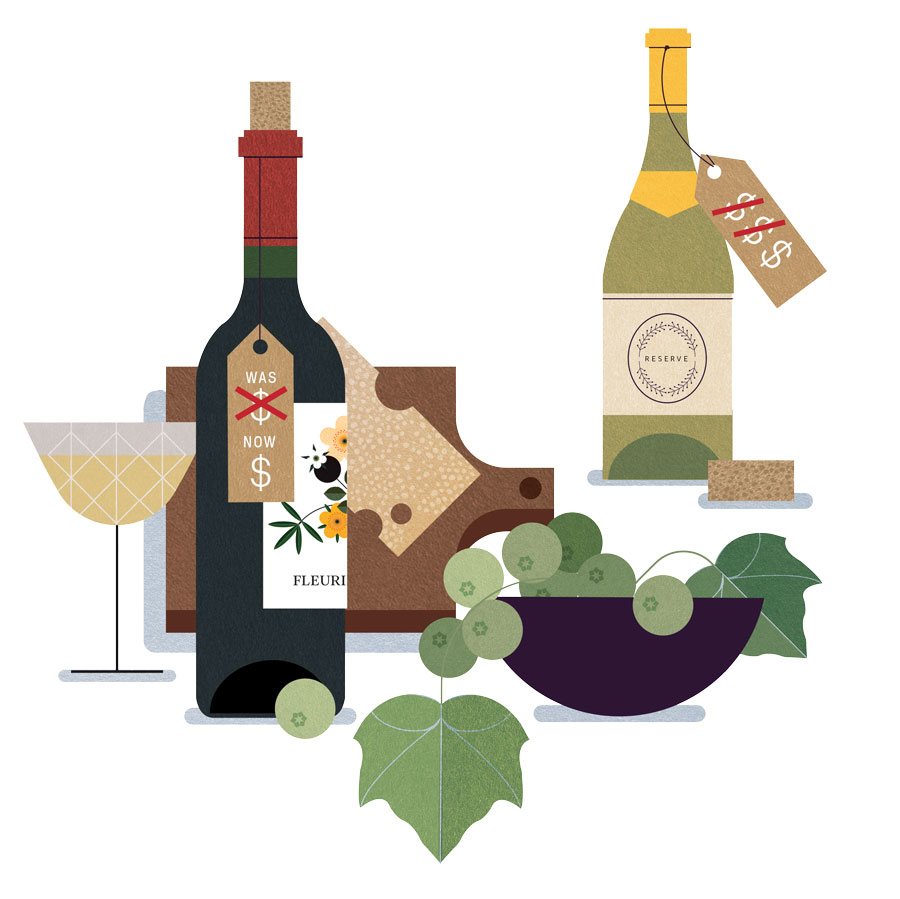 Can we finally say goodbye to the wine triple markup? Illustration by Sally Caulwell/Folio Art

The triple markup on wine is standard at Philly restaurants and bars. Tradition. It makes sense: The PLCB barely gives a wholesale discount, meaning restaurants pay what the consumer pays for a bottle of wine. So you can’t blame beverage mangers for wanting to — no, needing to — squeeze everything they can out of a single pour. But it sucks for us, the guests. And from a hospitality standpoint, you don’t want anything to suck for the guest.

Some new establishments, though, are bucking the trend. At Bloomsday in Society Hill, a bottle of spontaneously fermented Daniel Ramos Kπ is $49. It retails for $21, which means it’s only about a double markup. Martha in Kensington has a bottle of Va La Silk for $65 that retails for $32. And Pizzeria Beddia uses a one-and-a-half markup model almost across the board.

Sure, these places make their money up in other ways (Beddia’s pizza is one of the the most expensive in the city; Bloomsday has $15 chilaquiles), but we’re okay with paying a lot for good food now. Making drinking more accessible makes people do more of it. And when a guest finishes dinner three bottles deep instead of one, a return visit is pretty much guaranteed.

And isn’t that what all restaurants and bars want in the end?

Published as “Wine Down” in the Best New Bars article in the November 2019 issue of Philadelphia magazine.