The Sudden, Spectacular Rise of Middle Eastern Cuisine in Philadelphia

Philly’s best new restaurants feature baba ghanoush and kofta. Our fast-casual scene is mostly hummus bowls and schwarma. Za’atar is everywhere. The food of the Middle East is here to stay. Here’s how to get in on the action. 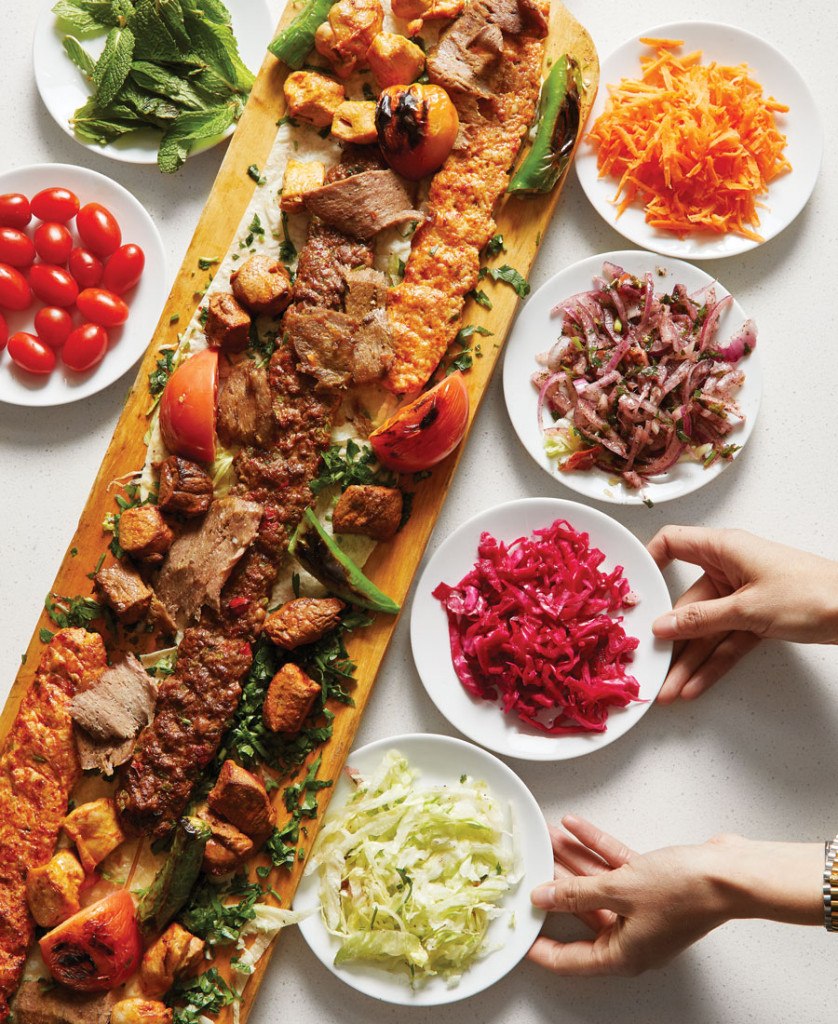 Cuisines are often defined by lines on a map, but from a cultural standpoint, the Middle East is more of a concept than it is any one place. And its culinary influence knows no bounds, weaving through Israel, Iran and Turkey all the way to the kitchens of North Africa, Central Asia and so much of Europe. Of course, it’s stretched to here, as well.

And here, I grew up going to Norma’s, a small, Lebanese-owned grocery store and restaurant in Cherry Hill, because it was one of the few places nearby that sold jars of tehina, that salty braided string cheese, and what my dad (who immigrated here from Egypt) called “real pita.” The one store was enough because, truth be told, there wasn’t (and still isn’t) an especially large Middle Eastern community in and around Philly — not like there is in New York or Dearborn, Michigan. Here, only a handful of grocery stores and kebab shops, BYOBs and falafel carts were enough to sustain us, and that’s in part because most of the magic happened at home, anyway. But what started as the food of an immigrant community has grown into a scene-defining movement that’s won the hearts and minds of our talented chefs and wooed our diners’ palates.

Here’s why: In 2008, Michael Solomonov staked his claim when he opened his Israeli restaurant, Zahav (which in essence acts as a pan-Middle Eastern restaurant, given Israel’s melting-pot status), with his partner, Steve Cook, in a ritzy corner of Society Hill. (This happened to be right around the time that food media fully entered the digital age and people were making the trek from New York City and flying in from L.A. for a taste of the duck and foie gras kebabs they’d read about.) The location was important: Zahav wasn’t born of a community need, like so many Middle Eastern restaurants in Philadelphia before it. It was born of a time — when restaurants and, above them, chefs all of a sudden mattered. Solomonov opened a modern Israeli restaurant when modernity was quick to pique our foodie interests. He pushed Middle Eastern cooking onto the grand stage and even gave it a twist, by prioritizing mid-Atlantic seasonality over tradition, tasting menus over platters. In 2014, like a goddamn soothsayer, Eater’s then-roving national critic, Bill Addison, wrote in his review of Zahav, “Ten years from now, upscale-ish Middle Eastern restaurants may be a cliché; we may grasp Palestinian fava bean hummus and Lebanese herbed labneh with the same intimacy that we know Neapolitan pizza and Ligurian pesto. But in this watershed moment … we’ll look back at Solomonov’s Israeli breakthrough and say: Zahav was the one that upped the game.” 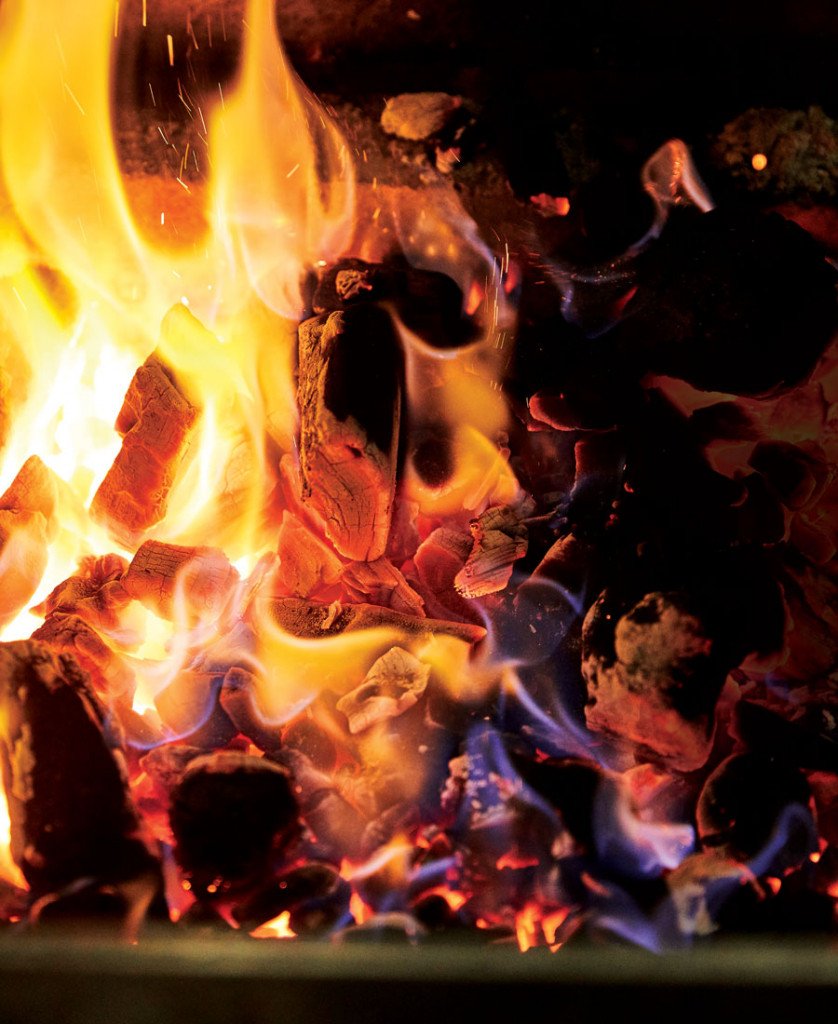 A decade after Zahav opened, Suraya, a beautiful Lebanese restaurant named after the grandmother of co-owners/ siblings Nathalie Richan and Roland Kassis, started serving dinner on one of the buzziest streets in one of the buzziest neighborhoods (Fishtown) in Philly. It quickly earned the top spot on our 50 Best Restaurants list.

Elsewhere in Philly, a newish rooftop cocktail bar called Irwin’s went with mezze platters and lamb kofta (two ways!) instead of charcuterie and burgers on its menu. The cauliflower dish at Rittenhouse’s New American spot Friday Saturday Sunday is spiced with dukkah. Nobody will bat an eye at monkey bread laced with za’atar (at Cake Life in Fishtown) or a babka lined with tehina (at Essen in East Passyunk). Across the country, we’re seeing those ingredients further ingrain themselves into mainstream dining: Sweetgreen, the most basic of restaurant chains, offers a “Hummus Tahina” salad with falafel and za’atar breadcrumbs — items you could only find at a place like Norma’s not too long ago. 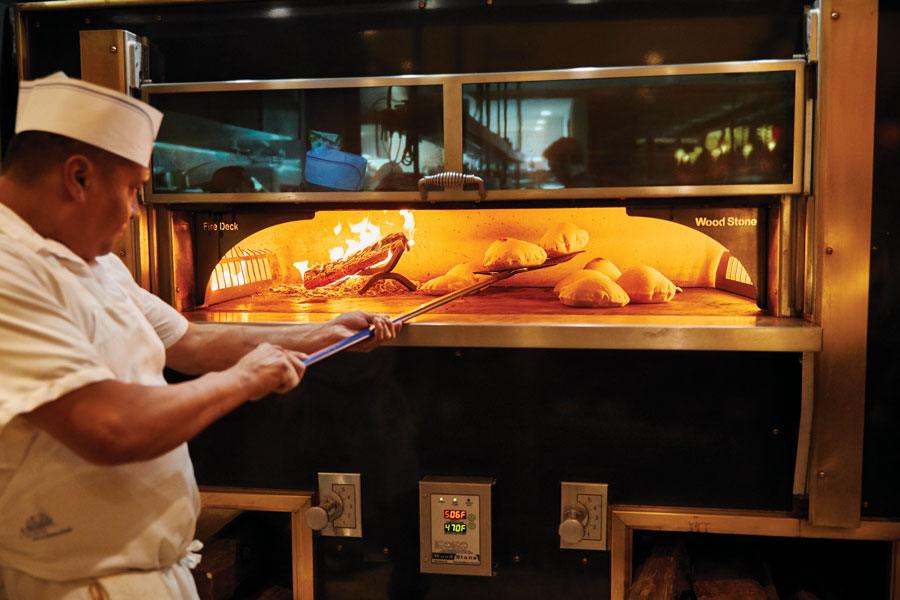 Fresh pita baked in the wood-fired oven at Suraya. Photograph by Michael Persico

Suraya isn’t exactly pushing the boundaries of Lebanese cuisine — not the way Zahav did with Israeli food. The plates served for dinner are pretty traditional in application and modern only in presentation. But that shows how our fascination with Middle Eastern food has evolved, too.

Bill Addison returned to Philly last year and wrote a piece titled “America Needs More Restaurants Like Suraya.” He wrote that he hopes to see more places “serving the varied regional cuisines of the Middle East around the United States.” Bon Appetit named Suraya one of the best new restaurants in America. The James Beard Foundation gave its pastry chef a nomination.

And none of this is any surprise to any of us here.

From the tried-and-true to newcomers shaking things up, these are the restaurants, cafes and bakeries defining this new dining era. Keep reading»

Nowhere has the Middle Eastern culinary revolution been more visible than in the quick-serve world. (Bonus: It’s fresh and pretty healthy.) Keep reading»

A glossary of the Middle Eastern pantry staples that are quickly making the migration from home kitchens to restaurant menus everywhere. Keep reading»

For a dish so ubiquitous over there, molokhia sure is hard to find over here. Keep reading»

Pastries, cakes, cookies and confections are crucial to the Middle Eastern spread. Here, three classics to look for on dessert menus. Keep reading»

Published as “The Sudden, Spectacular Rise of Middle Eastern Cuisine” in the May 2019 issue of Philadelphia magazine.