It's almost Bok Season, and this year, they've got some new goodies up their sleeves. 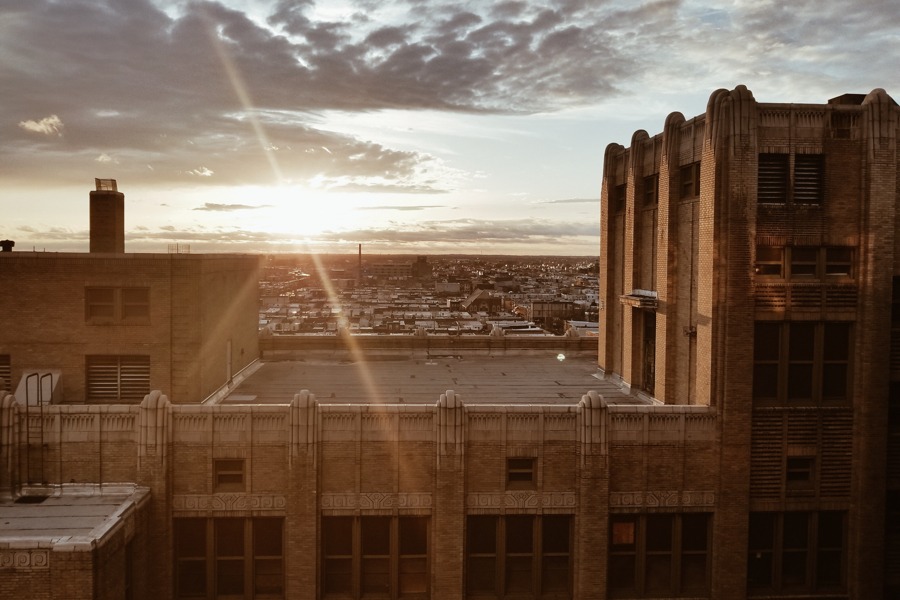 The view westward from Irwin’s

The best rooftop bar in Philly is still a ways away from its opening date (May 24th), but we’ve got the scoop on all the new food and drink goings-on in South Philly’s historic technical school–turned–makers’ space.

“Bok is sort of a castle on a hill,” says developer Lindsey Scannapieco, so in an effort to increase transparency and invite people into the building, the team’s created a sort of lobby entrance at the rear of the building on Dudley Street — the same part of the building that is currently home to Firth and Wilson Transport Cycles bike shop, and will soon house new butcher shop/barbecue restaurant, South Philly Smökhaus.

There, Whitney Joslin, an architect at NoLibs-based Kaminski + Pew, and her partner Adam Gery (who, for the last 17 years, managed the Last Drop Coffee House at 13th and Pine) will open Two Persons, a coffee bar (designed by Joslin herself) named after the book, Two Persons, penned by Edward W. Bok for whom the school was named. The cafe will carry and sell Lancaster-based Passenger coffee, plus pastries and snacks from their new neighbors, Machine Shop Boulangerie. Designs for the space feature a generous seating area — so, for all you office-less workers, this will likely be a great option. 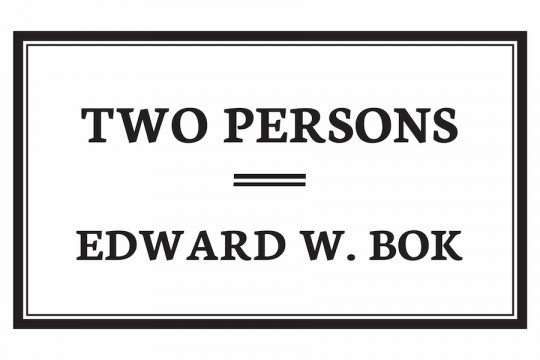 And on the opposite side of the building from Bok Bar, a new cocktail lounge called Irwin’s (named after Irwin Catherine, the prolific chief architect behind Philly’s public schools from 1920-1937) will open on the 8th floor with its own small terrace and sunset views. The Bok team is working with Best of Philly winner/vintage curator Rohe Creative to design a space evocative of the building’s art deco stylings — so, period furnishings, graphic patterns, and the like. 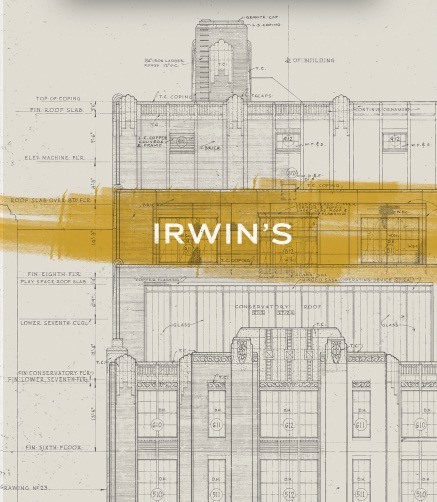 The way Scannapieco sees it, Bok Bar is the neighborhood bar, and Irwin’s will go for something a little more upscale — still approachable, but with actual glassware and real plates. The drink list will be mostly classic — “Honest cocktails,” she calls it, “Drinks that won’t take 15 minutes to make: Sazeracs, Old Fashioneds, Negronis, etc.” And this year, chef Paul Garberson (previously of Fitler Dining Room) will take on food operations at both Bok Bar and Irwin’s: Middle Eastern street food at Bok — “food you can eat standing up” — like falafel and shawarma sandwiches, and bright, simple Mediterranean small plates at Irwin’s.

Both the cocktail bar and coffee shop should open by the time Bok Bar opens on May 24th.