But you don't have to wait till summer to try South Philly Smökhaus's meaty goodness. 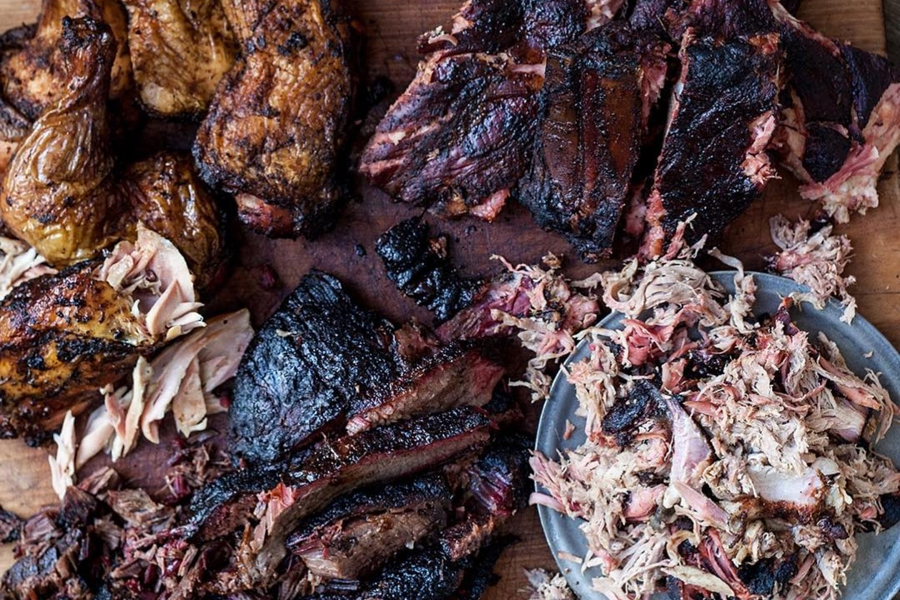 After the opening of Mike’s BBQ on East Passyunk back in January, South Philly is getting another source for smoked meats.

South Philly Smökhaus is set to open this summer in the Bok Building’s erstwhile auto shop space at 1901 South Ninth Street, with a public entrance on Dudley Street.

Accountant-turned-pitmaster Eric Daelhousen partnered with his meat purveyor, Robert Passio of Giunta’s Prime in Reading Terminal Market, for the new shop. In addition to Smökhaus’s dine-in and takeout barbecue, sides like deviled eggs, coleslaw and cornbread, and desserts, the space will include a butcher counter selling fresh meats under the name Passio’s Prime.

Daelhousen specializes in wood-smoked meats, using an offset wood-fired smoker, with a variety of regional influences thanks to his travels through barbecue country. Central Texas inspired his beef brisket, but he makes pulled pork Carolina-style and uses a Memphis dry rub on pork ribs. Sauces and rubs are made in house.

“We also want to have sides that match the quality and attention that we’ve put into our meat,” Daelhousen said. In addition to Southern classics like deviled eggs, cornbread, and coleslaw, that means dishes that hark back to his Pennsylvania Dutch roots.

Between now and South Philly Smökhaus’s opening — by the end of June, if all goes according to plan — he’ll be popping up around the city with tender, smoky goodness, including a dinner atop their new landlord’s building at Bok Bar on Saturday, April 28th.