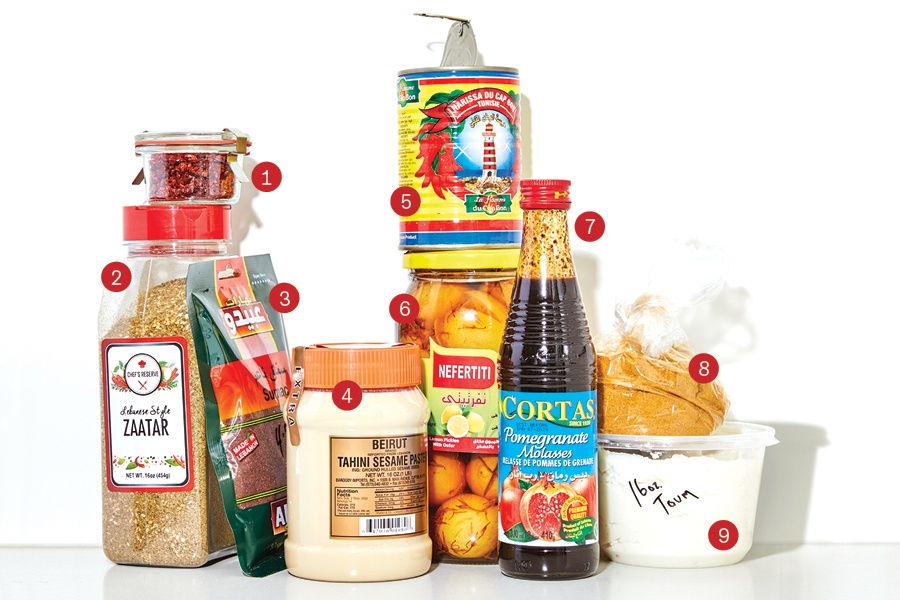 A glossary of the Middle Eastern pantry staples that are quickly making the migration from home kitchens to restaurant menus everywhere.

It’s … A spicy, garlicky chili paste that originated in North Africa.
Find it … On the wood-roasted carrots with goat cheese at Hearthside (801 Haddon Avenue, Collingswood).

It’s … A whole lemon (really, lemons) pickled in a mixture of salt, water, peppercorns and its own juice.
Find it … In the Rest In Pete’s, a cocktail made with vodka, turmeric, sumac and saffron that uses lemons preserved in-house at Spice Finch (220 South 17th Street, Rittenhouse).

It’s … Pomegranate juice with a little sugar reduced to a bright and tangy syrup, used as a sweetener for dips and dressings.
Find it … Glazed on eggplants with spicy saffron basmati rice, lacinato kale and mushrooms at the Common (3601 Market Street, University City).

It’s … A spice blend that varies but usually includes cardamom, cumin, cinnamon, nutmeg and allspice, depending on where you get it. (The name roughly translates to “top shelf,” meaning a mix of the shop’s best spices.)
Find it … In the braised monkfish with chermoula and Swiss chard at Pumpkin (1713 South Street, Grad Hospital).

Published as “Your Ingredient Primer” in the May 2019 issue of Philadelphia magazine.