Suraya was already good at what it was doing. And then it added dinner service. 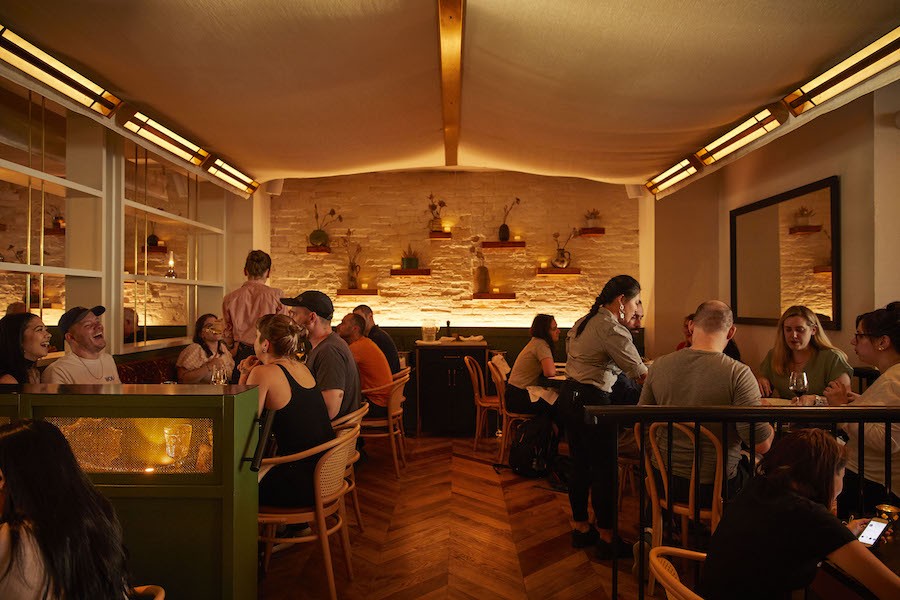 One of the joys of this gig is being proven wrong, or at least too quick to judge. And at Suraya, I wasn’t expecting much.

No, that’s not right. Better to say that at Suraya, I wasn’t expecting much more.

When it opened back in November of last year serving lunch and brunch, Suraya was a wonder — a massive, beautiful space, full of light and good smells. Tile and wood and shelves and tables — it was a combination market and cafe with cups of Stumptown coffee, Middle Eastern pastries (rose and pistachio crullers, cardamom kouign-amann), chili-spiked ful, kebab sandwiches, and a half dozen Lebanese flatbreads. It sold pantry items and dishes, beautiful patterned bowls that (I’m guessing) now live in the cupboards of half the people in Fishtown. It did sit-down business and takeout business, a steady stream of smiling customers walking out with brown bags emblazoned with Suraya’s name in wine-colored cursive.

Order This: Sausages, hummus, flatbreads, the batata harra, anything that comes with the fresh pita, then more fresh pita, some kebabs and a cocktail or two to go with them.

And I liked the place. A lot. I liked it because the bakers are talented and the kitchen was kicking out za’atar and cheese flatbreads or rolled kafta kebab sandwiches so good that you wanted to order them two at a time, and so quickly that it was like they were working a busy mall kiosk during the lunch rush. I liked it because the space was so welcoming and open and bright. In a time so overfilled with all-day cafes, Suraya proved there was still room to run within the concept, that there were still interesting things to do. 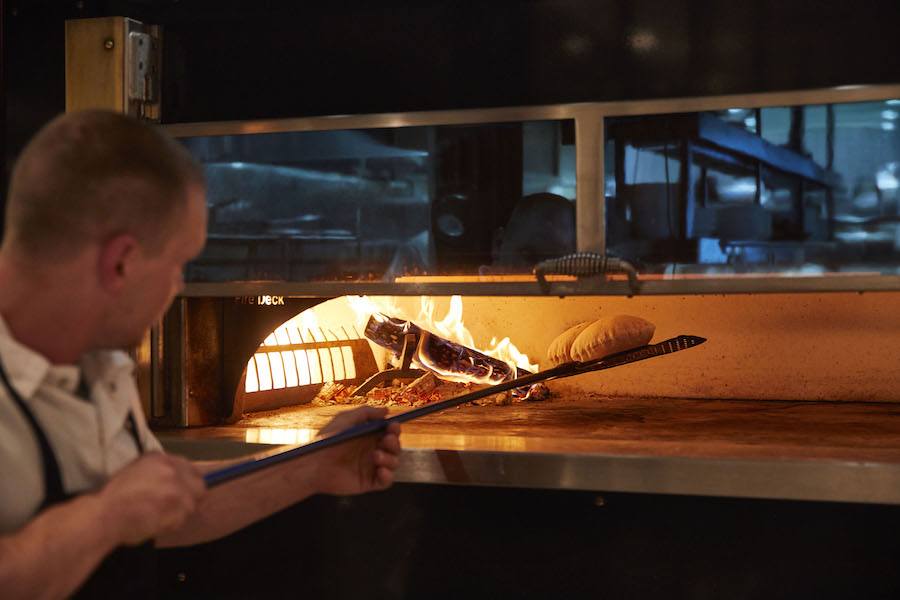 So when dinner was announced, I wasn’t expecting much more. I mean, had it only been as good as lunch, I would have been entirely satisfied. Would have said nice things about it, told everyone who’d listen, and then moved on to the next thing. Honestly, I would also have been a little surprised, because on paper, the dinner menu didn’t look that interesting.

But here’s the thing: that paper menu? It’s deceiving. The menu can’t capture the warm smell of garlic and charred eggplant rising from the baba ganoush. It can’t translate the hot puff of steam that erupts from the pita when you first rip it open at the table — or the soft, smooth, almost silky perfection of it in your mouth.

The menu can tell you that there’s coriander, cinnamon and clove in the makanek sausages, but that’s misleading. It sounds like a pie on the page. At the table, they snap like scratch-made breakfast sausages and eat with a meaty, rustic roughness that’s all about lamb and fistfuls of spice and the lemon squeezed over the top of everything. 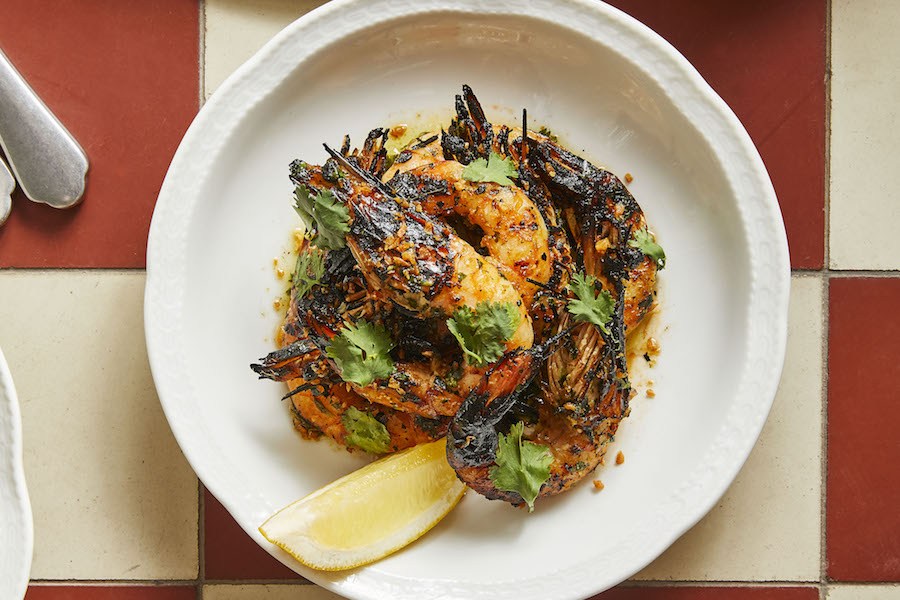 On a busy weekend night, I drink whiskey poured over crushed ice in a tall glass with black Ceylon tea and anise. When the bartender expresses concern — worrying over the drink, thinking that maybe the anise is too much — I order another, because I like it so much.

The hummus is amazing — a bit heavy on the olive oil, but I’m not complaining. I dip everything in it, including my fingers. The batata harra are what nearly every order of tapas-joint patatas bravas wishes it could be — hard-fried chunks of potato, soft in the center, dressed in a thin, creamy sauce of garlic, lemon and long hots. The big plate of halabi kebab comes as chunks of lamb, grilled and painted with muhammara (roasted red pepper and garlic, with walnuts and chili and lots of paprika), the charred onion, tomatoes and peppers all holding the heat and the smell of the fire they were just pulled from. And the djej meshwi — whole grilled poussin marinated in sumac, lemon and garlic, then pressed flat and grilled under a weight — is rustic in a way that so many other restaurants have to play at being. It’s simple and deeply flavorful at the same time, traditional in a way that speaks to ages of practice. The charred lemon and potatoes it comes with are a bit strong, a bit acerbic on the tongue, but the chicken is amazing. 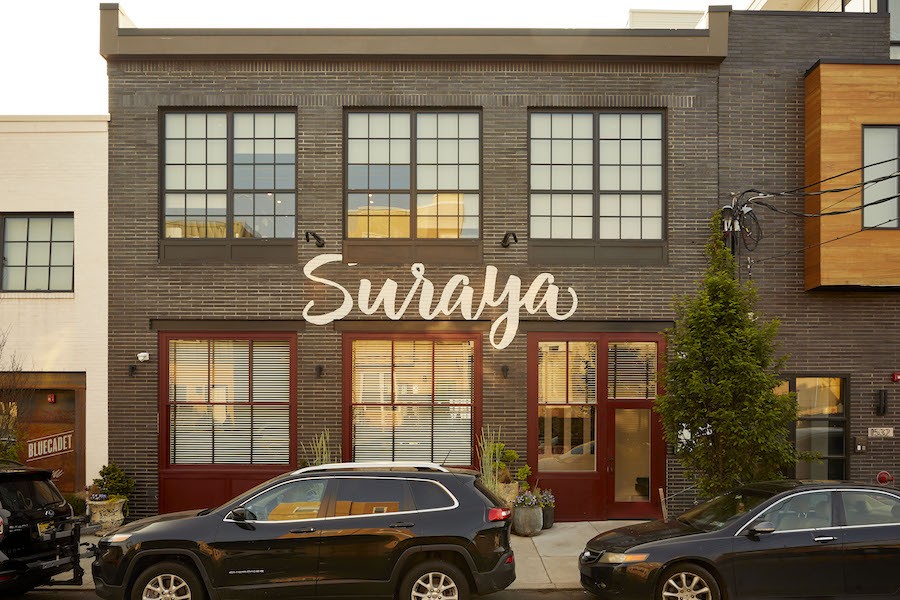 I could have stayed all night. I wanted to stay all night. The cocktails were excellent (and how often do you get to say that about a Lebanese restaurant in Philly?), the music was cool, and the food was stunningly good. All of it, actually, was great where I was expecting only goodness, exceptional where greatness would have been okay by me.

And the surprise of that lived in my chest for hours after, while I walked the neighborhood and drove home and wondered how long it was going to be before I could get back to Suraya.

And if tomorrow would be too soon.