Our rise to relevance, as told by two of the city's (and country's) biggest food and bev names. 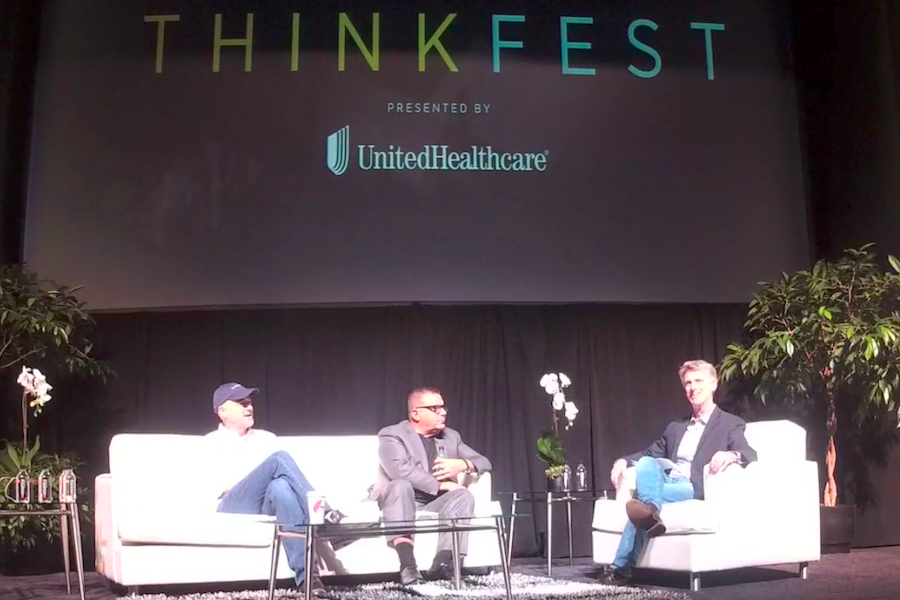 Two of the country’s most prolific food and beverage moguls, Stephen Starr (Starr Restaurants) and Todd Carmichael (La Colombe), took the ThinkFest stage yesterday to discuss Philly’s culture of cool — if we have it; if we’ve lost it; if we’re still looking for it.

Both agreed that, at the very least, Philly is a cooler place now than it was in 1994, when they first got their start. And they should know — they were heavily involved in making it what it is today.

But what does being “cooler now” mean in the grand scheme of things?

“It’s cooler now, but there was something exciting then,” said Starr. “It’s not that it’s not exciting now, but, then, it was like 1967 in the music business — the beginning of this little revolution. I was younger, he was younger. We could smell it. Things were pretty barren before …  in Philly nightlife, in coffee, things like that — it wasn’t happening. The excitement was really there because you felt like you were on the brink of something.”

Carmichael added, “I mean we were the forgotten foster child that nobody cared about. And there’s some quality about that. We didn’t bathe, there was that gnarly side — this almost punky piece about us. We don’t have that anymore, but we have a different sort of cool. It’s a proud cool … It doesn’t belong just in the sports stadiums, it belongs everywhere. And you look around and realize our future is kinda great and it’s kinda cool. Sure, it feels a little washed down. But at the same time, it’s uniquely ours.”

But could we be too late? Starr asserted that cities, in general, aren’t as cool as they used to be. That  “everything has been done, everything is known, there are no secrets, there’s no mystery anymore.” He said, “Back in the ’60s, ’70s, it was edgy, it was — forgive my language — fucked up. Everything is normal right now. There used to be new clubs and bars that would open and nobody except the cool people would know about them. Now if something is cool, it’s cool for an hour and then it’s all over the internet. Am I lamenting over it? Is it the downfall of our culture? No. It’s just different.”

So how do we keep this magical elan we’ve accrued from slipping away? There’s a new generation of people rising to power — millennials — and they love the internet.

According to Starr and Carmichael, you embrace them:

“They’re just the beginning parts rising up,” said Carmichael. “I don’t think it’s going to be just one of those generations that is uniquely this way. I think that this is how we are now. And the people that are born before them should take note. That this is the way we kind of think. We are overstimulated in so many ways, but we are well-informed in others, it happens so quickly. First, people are starting to digest how to cope with the digital world and I think there may be some exaggerated characteristics of our environment. But this is how we are, we can’t be fooled anymore.”

“It’s really cool to have so many young people in this city, building vibrancy,” said Starr. “The youth and energy are there and I think it is a challenge for people my age to be able to market to the millennials and make them accept what I do. It’s a challenge I look forward to — it will be fun. My 17-year-old daughter watched the new Jerry Seinfeld Netflix special. And he’s 63 years old — she was on the floor laughing. Like totally laughing. I said to myself, Look at this guy, he’s an old guy, a 63-year-old guy and he’s making a 17-year-old laugh. If we can just take that and be able to do that with restaurants and retail stores, and just cross that barrier and relate. I think it’s exciting.”