Here are the stories that defined Philadelphia’s business and tech community this year, from the city’s losing Amazon HQ2 bid to Starbucks’ decision to shut down all stores nationwide following a local racist incident. 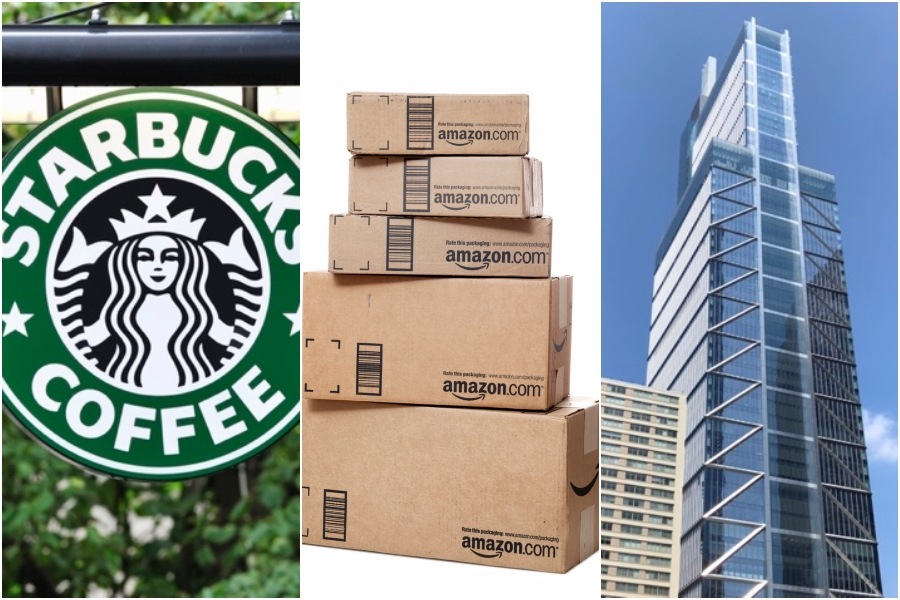 The biggest business stories of 2018.

It’s been a big year for Philadelphia’s business community. The city saw the public opening of a new Comcast skyscraper, lost a bid for Amazon’s second headquarters, and held its lead on gene therapy. We also watched Starbucks try to pick up the pieces following a racist debacle at a local store. After announcing the city’s ten Startups to Watch for the year, we watched them grow. Philadelphia’s business community was in the national and international spotlight, making appearances on big lists and rankings. The following seven stories illustrate why and emphasize the city’s business wins, losses, and everything in between.

Philly rejoiced when it became one of 20 finalists for Amazon’s second headquarters, HQ2, in January. Anticipation grew throughout the year as city visits secretly took place and Amazon CEO Jeff Bezos promised a decision before the year’s end.  The new headquarters deal promised to bring 50,ooo jobs and $5 billion in economic impact.

While Amazon eventually decided to split its new headquarters between New York and Virginia, Philly made a valiant effort to attract the new headquarters. The city offered up to $1.1 billion in tax-incentives over 20 years to the e-commerce giant in its now-rejected proposal. Philly also offered a full-time team of staffers, headed by Philadelphia director of commerce Harold T. Epps, that would help the company in its dealings with the government, regulatory agencies, and labor organizations.

While some were disappointed that we didn’t land HQ2, others claimed that the city dodged a bullet and noted that it was unlikely Amazon would have set up shop in Philly anyway, given the company’s job listings, the city’s relatively poor tech economy, and meeting patterns with other cities.

At the beginning of the year, BizPhilly identified 10 local startups to watch and the young companies have stayed busy all year. By mid-year, the startups informed us of new awards, team members, products, and funding.

Read the end-of-year update on the cohort here.

Two of the Delaware Valley’s oldest and largest community banks combined this summer when Beneficial Bancorp Inc. and WSFS Financial Corporation merged. The $1.5 billion deal makes the combined banks the largest locally-headquartered, community bank in the region. With $13 billion in  assets, they will also have the sixth-largest market share by deposits in the region behind Wells Fargo, TD Bank, PNC, Citizens and Bank of America.

The deal will lead to the closure of around 30 locations and the loss of nearly 300 jobs. Consumers will have time to adjust, however, since the institutions don’t expect regulators to approve the acquisition until the beginning of 2019.

WSFS also plans to reinvest $32 million into a five-year transformational investment in technology and delivery systems which will create new opportunities for peer-to-peer payments, a financial management app, and safeguards to keep customer data secure among other things.

And in other major Philadelphia banking news this year, the country’s largest bank, JPMorgan Chase, announced plans to expand into the Philadelphia region beginning in 2019 with about 300 employees, 50 branches and 100 ATMs.

Starbucks decided a day of diversity training was in order after a viral video of a racist incident made the rounds online in April.  The video, which showed two black men being arrested in a Philadelphia Starbucks after a store manager called the police on them, was viewed nearly 4 million times during the first 48 hours it was up.

There were calls to fire the Starbucks  store manager and CEO Kevin Johnson. Starbucks had a crisis on its hands: It was clear that many employees were not treating all customers fairly regardless of race.  As a result of the incident, the business closed all of its 8,000 U.S. locations so that employees could engage in racial bias training one day in May.

While the sessions, which included training videos featuring the rapper Common, may have been well intended, Starbucks employees told Philly Mag they “missed the mark completely.”

Philadelphia’s biotech scene picked up even more speed this year. Back in 2017, the FDA  granted “priority review” status to a Spark Therapeutics’ biologics license application for a treatment that could cure a specific inherited retinal disease that causes blindness. This January, the $850k treatment was approved, making it the first directly administered gene therapy treatment in the U.S. for a genetic disease.

The treatment, called Luxterna, works by injecting a working copy of a missing gene into a patient’s retinas. This gene tells the eyes to create a chemical that is essential to the creation of visual pigment in the retina. If this gene is missing, people experience varying degrees of blindness. Researchers at Spark have been able to help people regain their vision as a result of the treatment and the first people who received the treatment have maintained these improvements over four years.

Curing forms of blindness isn’t the only area this CHOP-backed startup is looking to explore, however. Sparks Therapeutics’ president and head of research and development Kathy High has the company working to end hemophilia and other genetic diseases through gene therapy treatments. Spark also announced major plans to expand its West Philadelphia operations.

The much anticipated second Comcast tower officially opened this year. Philly’s newest skyscraper is home to a TV studio, numerous open-concept tech offices, and a Vernick Coffee Bar, among other things. While the building’s public opening was in October, it won’t be completely finished until next year.

During a private press tour of the new tower, CEO Brian Roberts explained that the company had grown quickly and that they were no longer able to house all their employees in just one tower. As a result, the company was housing employees in offices around the city. The new tower aims to fix that problem. When it is completely open, the business will hold nearly 4,000 employees. It will also contain a Four Seasons Hotel and Vernick Fish and Jean-Georges restaurant.

The new tower will also be home to Comcast’s LIFT Labs for Entrepreneurs which will include a startup accelerator, a research center, and tech commercialization programs. The LIFT Labs program is aimed at helping startups as they work towards innovation in media, entertainment, and connectivity. Philly will be the flagship location for this multi-city project.

Spirits Up! Is Hosting a Week of Wellness Pop-Up Events Around Philly