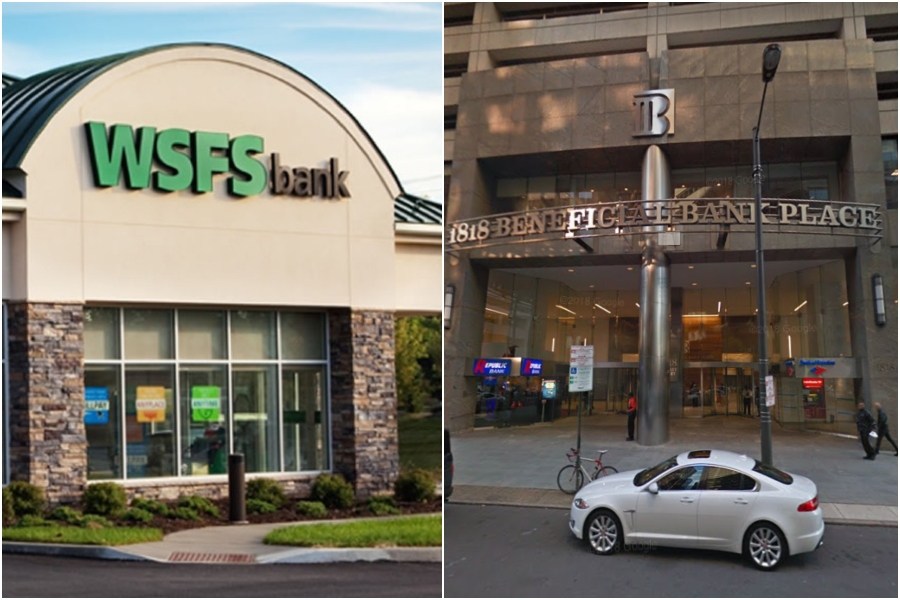 The Greater Philadelphia region’s two largest and oldest community banks are combining in a historic deal worth $1.5 billion.

Wilmington-based WSFS Financial Corporation, with $7.1 billion in assets, and Philadelphia-based Beneficial Bancorp, Inc., with $5.8 billion in assets, have entered into a definitive agreement to create the largest locally-headquartered community bank in the region, the institutions announced on Wednesday.

Beneficial will merge into WSFS Bank and the combined entity will have the sixth-largest deposit market share in the region with about $13 billion in assets just behind Wells Fargo, TD Bank, PNC, Citizens and Bank of America.

The size and scale of the company will allow it to fill a “longstanding service gap in the Delaware Valley market between larger regional and national banks and smaller community banks,” the organizations said in a statement.

WSFS’s chairman, president and CEO Mark A. Turner, who will become WSFS’ executive chairman on January 1, 2019 called the deal “a historic combination.”

“Together, we are poised and positioned to serve customers, to capture good market share, to expand the reach of our proven successful business model, and to deliver sustainable high performance for years to come,” he said.

Beneficial president and CEO Gerard P. Cuddy, who will become vice chairman of WSFS Bank and will join the Board of Directors, doubled down on the sentiment:

“We strongly believe there is value in partnering with WSFS and combining the strengths of our institutions. This is a sound decision for Beneficial, our stockholders, our employees and the communities we serve. We are combining with WSFS because it is an established institution with deep roots in the Delaware Valley, shares our values, and has the utmost respect for Beneficial’s legacy.”

Similar Pasts and a Combined Future

WSFS was founded in Wilmington in 1832 and Beneficial was founded in Philly in 1853, both to help working citizens and immigrants safeguard their savings.

But for WSFS, the merger will represent its eighth acquisition just since 2010. The combination with Beneficial is it’s largest merger since then and the largest merger in banking this year acrosss the Northeast and Mid-Atlantic.

Beneficial operates from 72 offices, including 61 banking offices that are predominantly in Philadelphia, southeastern Pennsylvania and Southern New Jersey.

A WSFS spokesperson told Philadelphia magazine on Wednesday that the institution expects regulators to approve the acquisition in the first quarter of 2019. Between now and then, both institutions will continue to operate separately.

Once the transaction closes, the banks will begin to fully integrate their systems and the Beneficial name will be completely phased out.

Over the next 12 to 24 months, WFS expects to consolidate about 25 percent of the combined physical banking offices due to geographic overlap, closing around 30 branches and eliminating more than 300 jobs.

And because the institutions have given themselves such a long runway, customers will have ample time to adjust, the spokesperson said.

The integration will also give WSFS the opportunity to reinvest an incremental $32 million, or about 50 percent of the estimated cost savings from the network optimization, into a five-year transformational investment in technology and delivery systems.

The WSFS spokesperson told Philly Mag the transformation will touch on four different components including peer-to-peer payments, a new financial management app, the ability to link other accounts from outside banks, and risk management safeguards to keep customer data secure.

“This partnership and our delivery transformation aligns with our strategic plan,” said Rodger Levenson, WSFS’ executive vice president and chief operating officer who will become president and CEO of WSFS on January 1, 2019.

“Our combination with Beneficial creates the ideal opportunity to transform WSFS’ customer delivery and back office systems that will secure our competitive edge in a fast-changing financial services industry.”

Under the terms of the agreement, which has been unanimously approved by the boards of directors of both companies, stockholders of Beneficial will receive 0.3 shares of WSFS common stock and $2.93 in cash for each share of Beneficial common stock.

Based on WSFS’ closing price as of August 7, 2018, the per share value equates to $19.61 for Beneficial stockholders, the company said.

The company also expects to take on pre-tax merger and restructuring costs of about $146 million.