The Two Men Arrested at Starbucks in Rittenhouse Share Their Story

Best friends Rashon Nelson and Donte Robinson told the AP they feared for their lives when PPD crashed their business meeting last week. 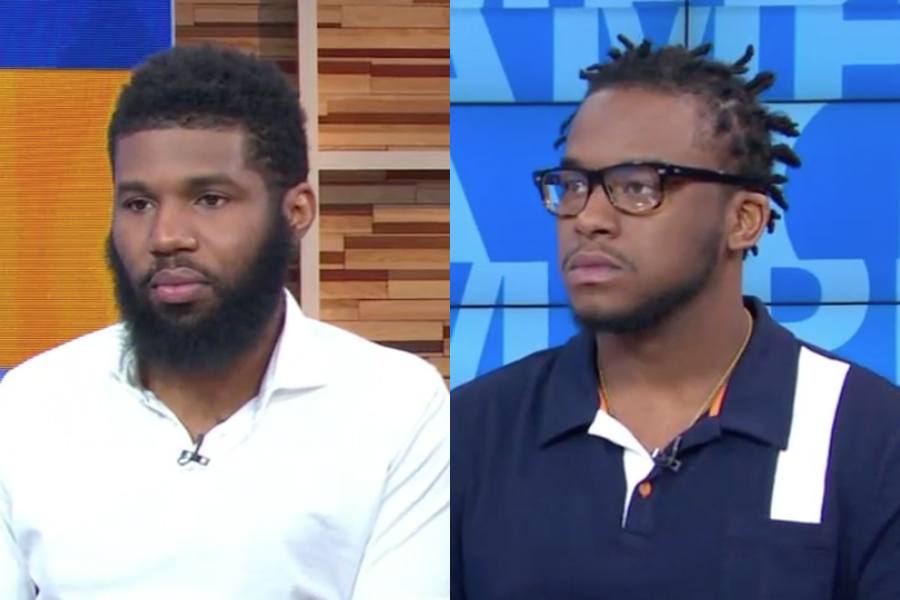 After a period of silence following their controversial arrest last week at the Starbucks on 18th and Spruce streets, best friends Rashon Nelson and Donte Robinson have come forward to share their side of the story.

The 23-year-old business partners told the Associated Press’s Errin Haines Whack that they feared for their lives when Philadelphia police showed up to the Rittenhouse coffee shop and led them out in cuffs last Thursday. They were each booked on trespassing charges for not buying anything at the establishment, although the District Attorney’s office has declined to prosecute the case.

“Anytime I’m encountered by cops, I can honestly say it’s a thought that runs through my mind,” Nelson said. “You never know what’s going to happen.”

The incident prompted an in-person apology from Starbucks CEO Kevin Johnson and renewed the ongoing conversation around racial bias in the United States. In an appearance on Good Morning, America, Robinson said that he doesn’t want anybody else to experience what happened to him and Nelson, who has been his friend since elementary school.

FULL INTERVIEW: "This is something that has been going on for years…everyone is blind to it."

Rashon Nelson & Donte Robinson, the 2 black men arrested at a Starbucks in Philadelphia, speak out exclusively to @RobinRoberts: https://t.co/bIBmMGlwWN pic.twitter.com/IZekmHrWw2

Nelson and Robinson were originally supposed to meet Andrew Yaffe, a local businessman who is white, at a different Starbucks before plans changed and they settled on the Rittenhouse location. The group reportedly had met at this store to discuss a potential real estate opportunity several times before. Yaffe showed up just in time to see Nelson and Robinson removed from the premises.

“When you know that you did nothing wrong, how do you really react to it?” Nelson said. “You can either be ignorant or you can show some type of sophistication and act like you have class. That was the choice we had.”

Citing Title II of the Civil Rights Act of 1964, attorney Stewart Cohen says his clients were illegally profiled. As opposed to legal relief, Nelson and Robinson said they’re hoping more for lasting results and are currently in mediation proceedings with Starbucks to implement changes that include: the posting in stores of a customer bill of rights; the adoption of new policies regarding customer ejections, racial profiling and racial discrimination; and independent investigations of complaints of profiling or discrimination from customers and employees.