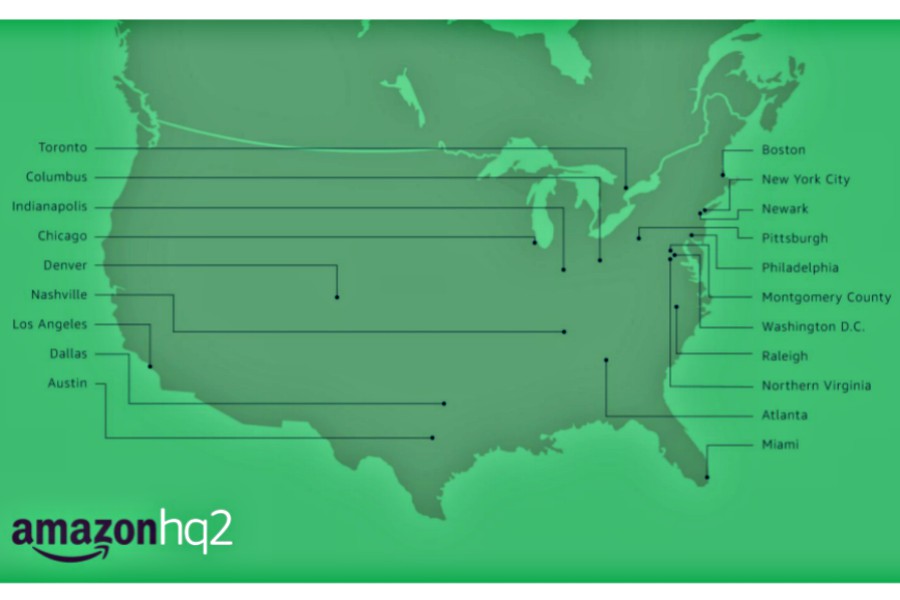 Amazon has narrowed its list of potential host cities for its second headquarters, and Philly made it through the first round of cuts.

The company announced on Thursday morning that just 20 cities – out of 238 – remain in the competition. The list also includes Pittsburgh (that other city in Pennsylvania), Newark, New York City, Boston and Washington, D.C. (as well as two locations just outside it), among others.

Amazon plans to invest more than $5 billion in construction of its second headquarters, which it claims will bring in 50,000 high-paying jobs. The online retail giant’s Seattle headquarters resulted in an additional $38 billion to the city’s economy between 2010 and 2016, according to the company.

Philly submitted its bid for the second headquarters in October, promoting its talent, logistics and livability, as well as three sites: the Schuylkill Yards in University City, uCity Square in University City and the Navy Yard. The city, which is regarded by many as a top contender, has not revealed whether it offered any tax incentives or other promises that would require full City Council approval.

In a statement, Mayor Jim Kenney said making the short list is “an exciting milestone for the city.”

“We are thrilled at today’s announcement, and look forward to working with Amazon’s team on the next steps of this process to further highlight all that Philadelphia has to offer,” Kenney said.

Amazon is seeking a location with viable real estate options, a highly educated labor pool, a strong university system, travel and logistics needs (including quick access to a major highway corridor and an international airport), and a compatible cultural and community environment. Cities across the country have offered Amazon tax breaks and more in hope of attracting the business.

Today we are announcing the communities that will proceed to the next step in the HQ2 process. Getting from 238 to 20 was very tough – all the proposals showed tremendous enthusiasm and creativity https://t.co/x1bFYbk4Ui pic.twitter.com/J2x0HHzBTR

In the coming months, Amazon plans to further explore proposals and reach out to cities to request additional information. The company plans to make a final decision sometime this year.