Philly’s Amazon Bid Is In. Now We Wait. 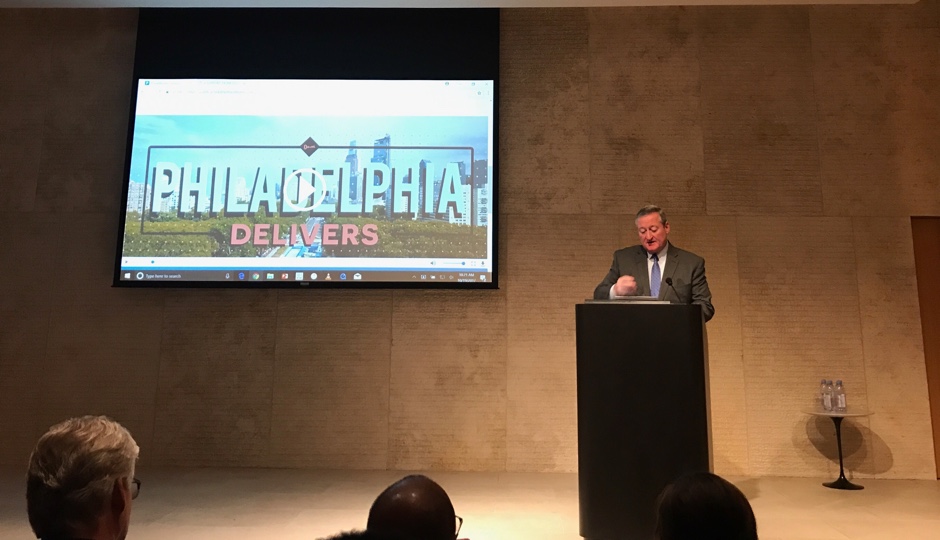 Mayor Jim Kenney addresses the audience at the Barnes. Photo by Jared Peterman.

In just six weeks, Philadelphia pulled together a pitch for Amazon’s HQ2, and the city officially submitted it on Thursday morning. And of course, the HQ2 coalition had to go out with a bang. Top business community officials gathered at the Barnes Foundation this morning to celebrate the effort and bring home their big point: Philadelphia is the perfect fit for Amazon. The city even unveiled an official website for the bid.

“I just wanna say, we’re gonna win this,” Mayor Jim Kenney told the crowd to claps and cheers, “But regardless, I’ve never been more proud of our city and our region.” The Mayor recognized the diverse coalition that has driven Philly’s effort. Everyone from college and university presidents and students to business leaders, startups and entrepreneurs played a role. Kenney called the bid, “a once-in-a-generation opportunity for the city.”

We’re going to win this but regardless I’ve never been more proud of our city & our region. Thank you all for your support! #PhillyDelivers pic.twitter.com/UKV0sZzGj7

Brigitte Daniel, executive vice president of Wilco Electronic Systems, also addressed the crowd and offered a laundry list of reasons why Amazon should set up in Philly: location, a “top class public transportation system,” a diverse talent pool from world class universities, a fast-growing millennial population, a rising tech ecosystem, and a great quality of life.

When Drexel University president John Fry got on stage he said, “There’s no better place for Amazon’s HQ2 than Philadelphia.”

The icing on the cake was the city’s unveiling of a website solely dedicated to the bid. The flashy site includes four videos that showcase Philly’s strengths and also a lengthy document that includes letters of support from partners like Amtrak, City Council and Pennsylvania Governor Tom Wolf. The website was also a joint effort. Partners like the Tactile Group, Leveler, Skai Blue Media and Azavea were involved. 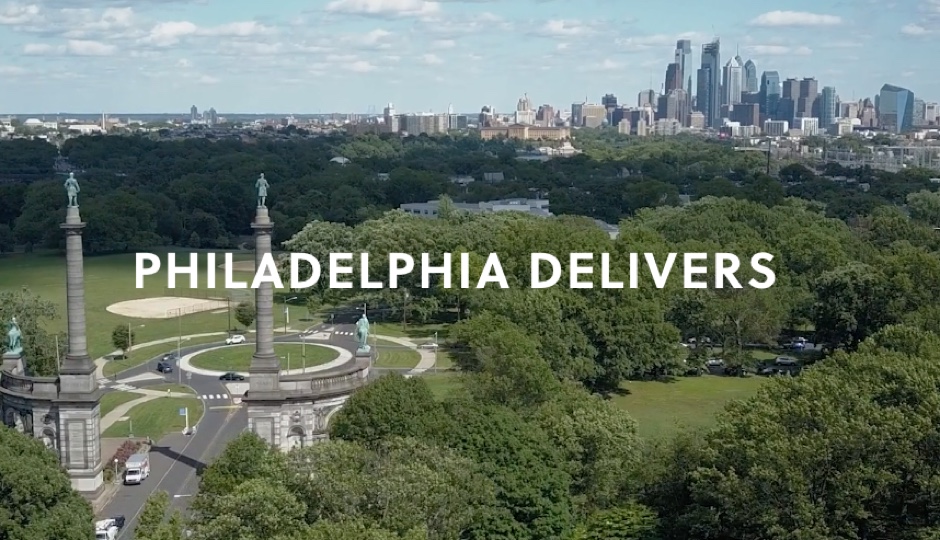 Here’s a look at Philly’s final push for the tech giant’s headquarters. Amazon says it will announce the winning city in 2018. We’ll keep an ear to the ground.

Jared Peterman is an intern at Philadelphia magazine. He is a senior at La Salle University.