Here’s a Look at Philly’s Final Push for Amazon

One local coffee roaster is even branding its lattes to get the tech giant's attention. 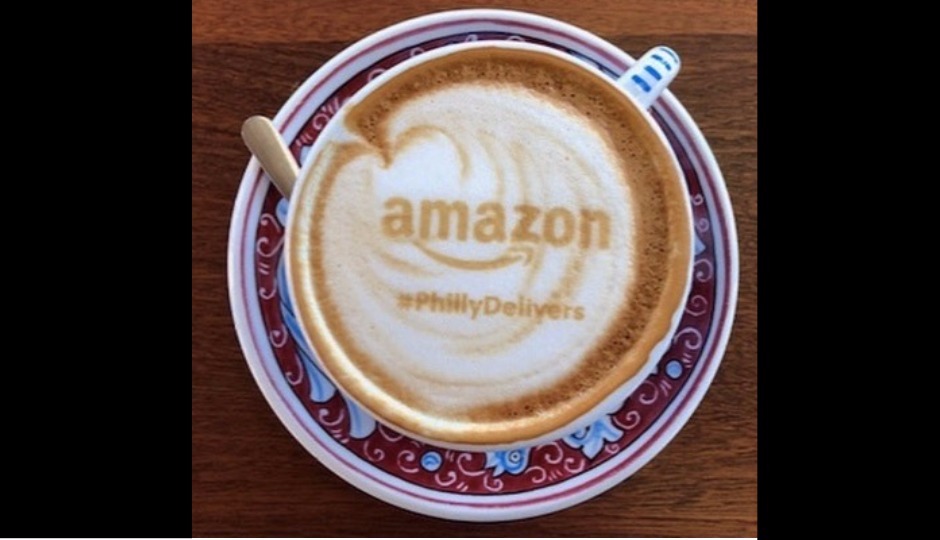 Bids for Amazon’s $5 billion HQ2 are due tomorrow (that was fast!), and Philadelphia has really cranked up the wooing this week.

If you’ve taken even just a peek into Philly’s social media world, you’ll see that #PhillyDelivers is blowing up. Residents all across town are taking to Twitter, Instagram and Facebook to explain why Philly is the best place for Amazon’s second headquarters. Here are a few highlights:

Today, our Independence and Fishtown cafes will be 3D printing lattes. Stop by because #PhillyDelivers the best coffee. pic.twitter.com/EvWNZlo9OS

Quaker City Coffee jumped in with some coffee bean action.

Hey @amazon! #PhillyDelivers endless activities for kids and families! And can't forget that dozens of beaches are less than an hour away! pic.twitter.com/07Q0KUsM35

Fun Fact: Please Touch Museum in Philadelphia is one of the 10 top children’s museums in the country! #PhillyDelivers. pic.twitter.com/4HfaLz9f7B

City organizations and residents zeroed in on the city’s murals, walkability and bike share program:

We couldn't just have a few murals, we had to create over 4,000! Our city is the mural capital of the world because c’mon #PhillyDelivers. pic.twitter.com/LaZGJejDcV

Yo @amazon, #PhillyDelivers a walkable city! Think about us! pic.twitter.com/3QjwnTGjKJ

And also on its young promising talent:

At Dilworth Park, commuters stopped by a #PhillyDelivers board to jot down some thoughts:

On Thursday morning, Philadelphia will officially submit its bid. If you’re wondering just how many people were involved in the effort, the city’s Amazon HQ2 coalition says more than 200 leaders in the region’s business sector, including 76 from the startup community, as well as more than 65 college and university presidents signed letters of support or provided testimonials. In addition to Wharton’s pitch competition, 170 students shared insight on talent attraction in a Campus Philly survey. Various business organizations participated in weekly calls and gave feedback on the city’s proposal. City Council signed a resolution to encourage Amazon to choose the city and Governor Wolf and state representatives made pitches for all of Pennsylvania’s cities and towns.

Last month, Department of Commerce Chief of Staff Sylvie Gallier Howard, one leader in the Amazon effort, told us that Philadelphia’s overall proposal would include a creative element. Parts of the creative element were released this week. Three videos featuring some of region’s top business leaders highlight various Philly strengths. Check them out below: