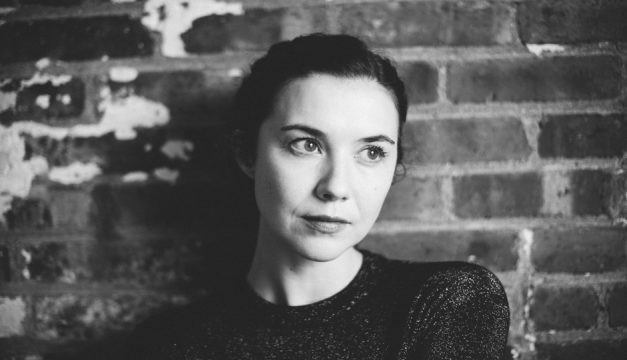 Lisa Hannigan is at Underground Arts on Saturday. Photo by Rich Gilligan

Dave Hause @ Boot & Saddle | Wednesday, February 22
Philadelphia native Dave Hause, of Paint It Black and The Loved Ones, may have relocated to California, but he plans to come back eventually: His third solo album, Bury Me In Philly, came out earlier this month.

Drew Nugent @ La Peg | Friday, February 24
“Neo-swing master” Drew Nugent is celebrating the release of I’ll Never Be the Same, which features a mix of original songs and updated jazz tunes from last century. Tickets to the show include the new CD and a drink.

NPR’s Ask Me Another @ Keswick Theatre | Friday, February 24
This isn’t quite a concert, but it does include house musician Jonathan Coulton singing clues. Ophira Eisenberg hosts a live taping of NPR and WNYC’s trivia show, with the very funny Amy Sedaris joining as a special guest. Ask Me Another airs on WHYY locally.

Panic! at the Disco @ Wells Fargo Center | Saturday, February 25
Panic! at the Disco, led by the only original member, Brendon Urie, are on tour for their new poppy rock album, Death of a Bachelor. Misterwives and Saint Motel open.