4 Reasons Michael Nutter Running for Mayor Would Be Totally Fascinating

Whether or not it happens, the former mayor considering a political comeback is what this dry, crowded race needs right now. 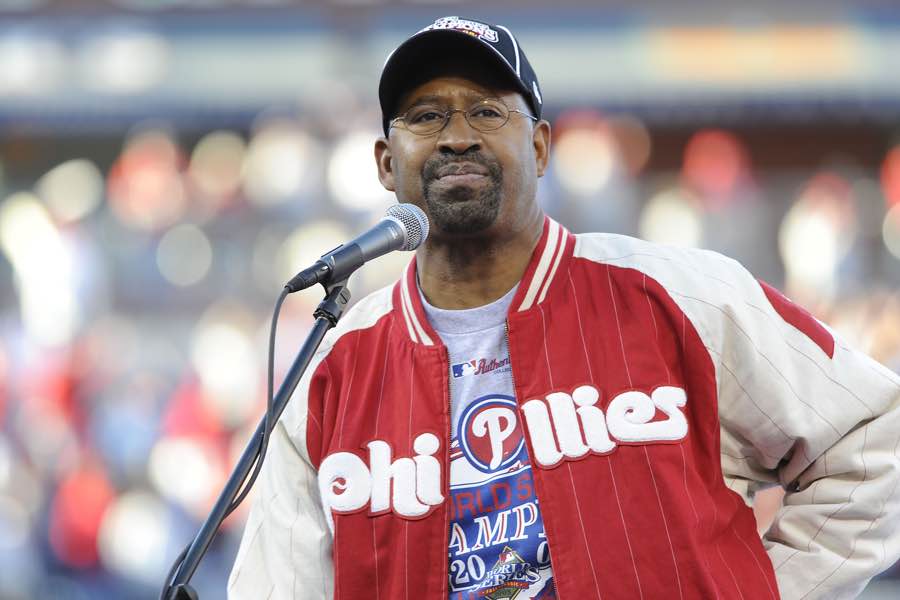 Despite the initial will-they-or-won’t-they excitement, the crowded mayoral race has thus far been pretty lackluster. Beyond the announcements, there’s been a minor shot across the bow, an embarrassing gaffe, and early ads from multi-millionaire candidates Jeff Brown and Allan Domb. For a race with this many major contenders, including many of the biggest names in city politics, that’s a snooze-fest compared to what many expected to be a battle royale.

But as we begin the new year, a new name has emerged — one that cranks up the suspense.

Reports have surfaced that Philly’s 98th mayor isn’t denying the possibility of running for his old job (a job he loved so much that he wrote a book about it). After previously serving two consecutive terms, from 2008 to 2016, he’s technically allowed, per the city charter, to shoot his shot for a third. Whether you agree with his politics or not, you can’t deny that Nutter getting into the race would absolutely make things more interesting. The last former mayor to attempt such an act was Frank Rizzo, who died while running for a third term. Nutter is no Rizzo, and if he actually jumps into the race, it would provide a true jolt.

Here are four ways I think a Michael Nutter run would shake up the dynamics of this race.

It would force candidates to sharpen their positions immediately.

Right now, a lot of these candidates haven’t really distinguished themselves. Voters want to know what they’ll do and how they’ll be different, not just from each other, but from the status quo. We’ve yet to learn much of that. Sure, there are polarizing candidates such as Helen Gym (labeled a socialist by Derek Green) and Amen Brown (emerging as the tough-on-crime candidate) — but how ideologically different are Cherelle Parker and Green? How will rich guys like Jeff Brown and Allan Domb win over diverse voters? How do all of the former Councilmembers running (Parker, Green, Gym, Domb, and Maria Quiñones Sánchez) convince voters that they weren’t just part of the problem in City Hall? Add Nutter — with his track record for ethics and reputation for having run a safer city — to the race, and everybody else would need to establish who they are (or aren’t) fast. For better or worse, voters already know who Nutter was as a mayor.

Having served nearly 25 years in public office, Nutter would be, by far, the race’s most familiar name and face. His political brand is established. How many people had heard of James DeLeon, a retired Municipal Court judge, before he announced? State Representative Amen Brown’s public life is only beginning; he was first elected at the start of the pandemic. Jeff Brown has never served in political office. Parker, Quiñones Sánchez and Brown have never previously run for a citywide office . Nutter’s presence would bring into sharp relief the wide range of political experience, visibility and electability among the wannabes.

Candidates would need to take forums and debates seriously, since they’d be going up against a pro.

Imagine a mayoral debate right now between Nutter and, well, everyone else. Sure, his former City Council colleague Maria Quiñones Sánchez would be able to remind him of his legislative shortcomings. Perhaps his former budget director-turned-former City Controller Rebecca Rhynhart could challenge him on some of his fiscal decisions. Maybe Domb and Wharton grad Nutter could spar on economics. But most of the others would have their hands full challenging a former two-term mayor who’s arguably more likable than his successor. One thing about Nutter is that he’s a master orator, one whose charisma, wonkish attention to detail, and been-there-done-that swagger would definitely give his challengers a run for their money. Anyone anticipating a debate with him would do well to practice. Now is not the time to make basic budgetary gaffes — this is a mayoral race, not a game show.

Voters would have a legitimate “safe vote” if their favorite candidate bowed out early.

A crowded citywide race without a runoff means that a margin of victory could be small. It’s entirely possible that whoever wins a crowded primary could do so with less than a third of the overall vote. Many voters might already have a favorite candidate. But what if that candidate drops out before the ballots are official? Between competitive fund-raising and coalition-building, it’s likely some of these campaigns won’t even make it to the final stage. A case can be made that Nutter could be a “safe vote” for moderate liberals who may not feel comfortable voting for anyone too radical or unfamiliar. With the city going through turbulent change and uncertainty, I can easily see voters sticking with the candidate they already know. For Nutter, the argument would be simple: “Were your last eight years under the Kenney administration better than the eight years you spent with me?” It wouldn’t be hard for me to answer that. I think it wouldn’t be for others as well.

Is this an endorsement of Michael Nutter? No, not necessarily. But do I endorse him getting into this race? Absolutely.