Kenney has proven throughout his tenure that he is ill-equipped to address the racial inequities impacting Philadelphia. But now, after he was forced to admit the city's wrongdoing in tear-gassing its citizens, there should be zero confidence in his leadership. 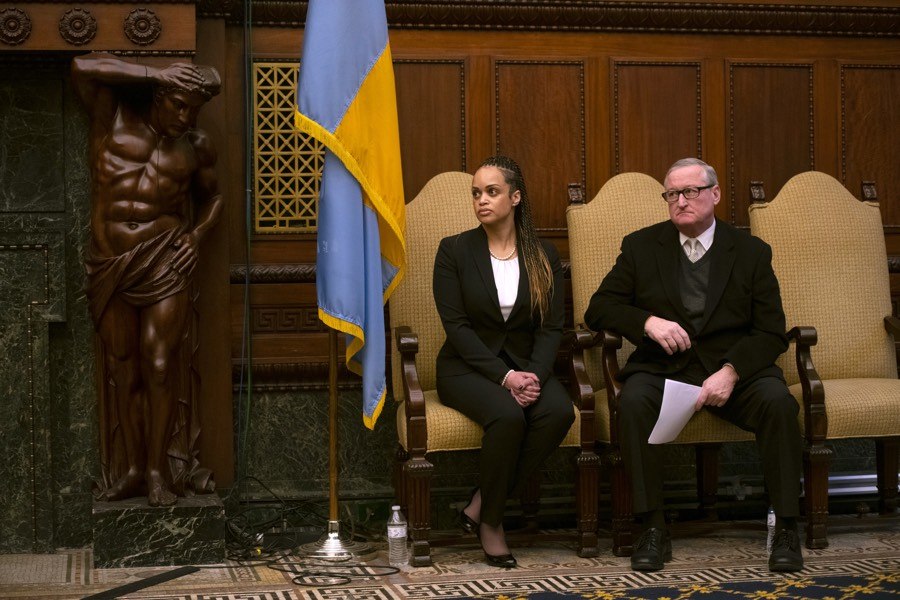 On a sunny Monday afternoon, a group of diverse, peaceful protesters is marching together, demanding justice for Black lives. They engage in collective chants, hold up passionate posters, and generally join in solidarity. Many would consider these individuals to be reasonable, nonviolent protesters — not looters or rioters, but rather a coalition of civilians standing up against racial injustice by exercising their First Amendment rights.

Suddenly, police disrupt the peaceful assembly. They pepper-spray the protesters in their faces, tear-gas a group attempting to flee the scene, and shoot rubber bullets at others. The police are persistent in their aggression, pepper-spraying some marchers multiple times at close range. Some of the protesters who are tear-gassed can be heard yelling “I can’t breathe,” echoing the death cry of the unarmed Black man whose extrajudicial killing by police inspired this protest in the first place.

I am not describing Birmingham, Alabama, in 1960.

I am not describing Ferguson, Missouri, in 2014.

I am describing Philadelphia, Pennsylvania, in 2020.

It took a bombshell exposé by the New York Times to reveal that our city — the birthplace of democracy — betrayed its civilians in violating its very own police guidelines … and lied about it.

For several weeks, Mayor Jim Kenney and Philadelphia Police Commissioner Danielle Outlaw defended the city’s excessive use of force on I-676, the scene of the disruption. It took courageous journalism and the bravery of citizens on the scene to prove otherwise. Had the truth not been unveiled by the free press and the activists interviewed, Philadelphia would have forever believed a lie about those on the front lines — the protesters who were actually doing the right thing.

On Thursday afternoon, following public outrage over the infuriating revelations in the Times, Kenney and Outlaw both apologized for the city’s “unjustifiable” actions and confessed to initially providing the public incorrect and uncorroborated information given to them by their advisers — despite the fact that local activists, journalists, and community leaders had already alerted them that what they experienced didn’t align with the police narrative. Instead of listening to the people, the Mayor and police commissioner swore blind allegiance to the police state and consequently defended its misconduct at a time when millions of Americans are demanding more accountability from that institution.

Outlaw also announced that an immediate moratorium on the use of tear gas to disperse crowds is now being enforced. This should have been implemented in the immediate aftermath of the incident. Only one Philadelphia SWAT officer is being suspended with intent to fire for his role in the incident, with the prospect of more disciplinary action, and possible charges, to come. But why were the department’s own efforts to investigate so slow in comparison to the efforts of the Times? Why weren’t the concerns of the public enough to push for more accountability? Dennis Wilson, the deputy commissioner who authorized the use of tear gas, has accepted a demotion. Why is he allowed to keep his job? He also admitted to violating rules of engagement and the commissioner’s trust by not clearing the use of force with her. Isn’t this insubordination? How can we believe Outlaw has control over the department? City Council is planning on having a hearing to review the incident in full. But why stop there? Why not push for legislation that permanently bans police from tear-gassing protesters altogether?

These actions aren’t enough, and shouldn’t be, in a city that wants us to believe that it is a progressive, forward-thinking town, one that strives to be a beacon of democracy and liberty.

Thirty-five years ago, then-Philadelphia mayor Wilson Goode authorized the dropping of a bomb on a Black neighborhood; the resulting fire killed 11 citizens. Goode’s predecessor, Frank Rizzo, empowered the Philadelphia police department to harass and racially profile Black and brown people for decades prior to that.

Now, Mayor Kenney has to apologize for justifying the unlawful use of tear gas, pepper spray and rubber bullets to terrorize innocent Philadelphians who were standing up peacefully against racial injustice.

This unfathomable failure can’t be addressed with an apology, a suspension and a demotion. It requires a severe consequence. Mayor Jim Kenney should resign for his lack of leadership and his failure to protect Philadelphians’ civil rights.

It would be too easy to simply call for Outlaw to resign (though she should as well). Kenney’s inability to hold her accountable during this situation speaks to his overall leadership flaw: He lacks the cultural competency, maturity and courage to address racial injustice that tears at the very fabric of the city’s most pressing issues. His refusal to hold the Philadelphia police department accountable — regardless of its new leadership under a Black woman — is a clear sign that he has refused to combat the orchestrated acts of racism that have impacted the city at large.

Throughout his tenure as mayor, Kenney has repeatedly failed on issues of race and racism. Whether it was trying to lift impoverished people of color out of poverty by taking money out of their pockets via the flawed soda tax or not moving the needle fast enough on tackling poverty, Kenney has treated racial disparity in a majority Black and brown city like a check-box issue. He advocated to expand pre-K and put up a Rebuild program (though those initiatives haven’t taken off as quickly as his administration promised). He campaigned on a pledge to end stop-and-frisk (and later backpedaled). He vowed to remove the Frank Rizzo statue … eventually (and then was forced to do it sooner than he had planned to). He has declared his intent to take down the Christopher Columbus statue (but only after vigilante South Philly racists left him no other choice).

Kenney isn’t a forward-thinker — he’s a passive one who comes too late, too often, to so-called progressive stances that Philadelphians need much sooner. It’s hard not to miss the glaring gaps in his positions and policies when it comes to race. He’s given the Mummers Parade, an event with an ongoing history of racism, slaps on the wrist. He dragged his feet on addressing racial discrimination in the city’s Gayborhood. He has pretty much tolerated the vigilantism of white racist protesters defending the Columbus statue but somehow found it unnecessary to defend diverse protesters being tear-gassed based on misinformation. Kenney doesn’t know what it means to trust, but verify.

The fact that all he has been able to do is give an apology is beyond infuriating; it’s insulting to Philadelphians who deserve immediate change. Kenney has shown himself to be a relic of Old Philadelphia machine politics that have historically pushed for incremental change at the expense of the city’s Black and brown citizens. Persistent deep poverty and declining faith in our public institutions reflect poorly on our city’s top boss. There is no way Philadelphia can continue to move forward with leadership that will only make changes when shamed.

What I am calling for is unprecedented, but so are the tumultuous times we currently live in. The Philadelphia I want to continue to thrive in can’t revert back to the 1960s Jim Crow era. It needs to be more equitable, fair and safe. A mayor who defended the transgressions of a week ago shouldn’t be trusted to move Philadelphia forward after an obligatory apology. Our city can’t continue to regress in its commitment to protect the human rights and dignity of every Philadelphian, especially those who speak out against injustice.

Black lives will continue not to matter with the current mayor in office. We need a radical change.