Between now and September 15th, expect other members of City Council to join Allan Domb in resigning to ponder the city's top job. Here's who we think will run, who probably won't — and who might be bluffing. 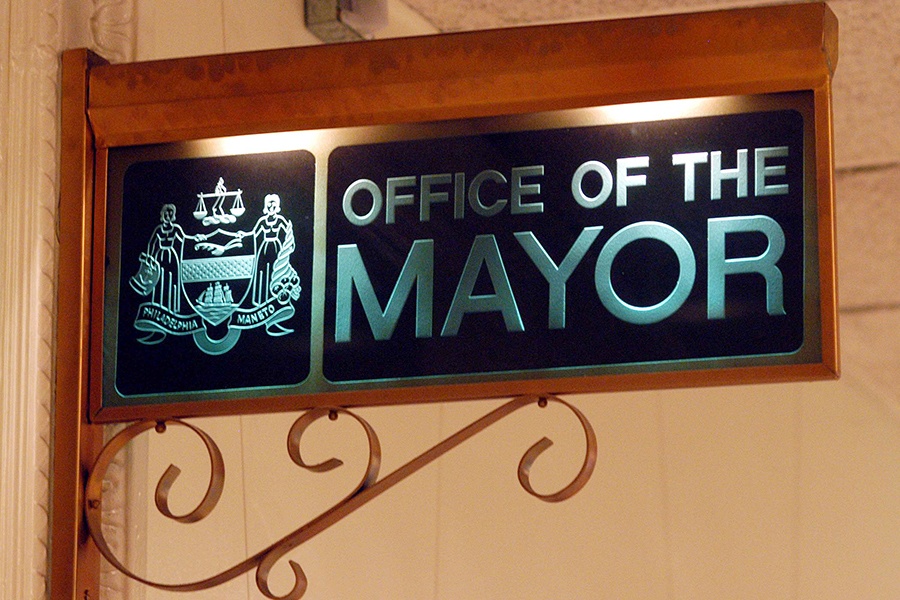 Will the next occupant of this office be among the six Councilmembers widely believed to be pondering a run in the Philadelphia 2023 mayoral election? / Photograph by William Thomas Cain/Getty Images

The final days of summer are here, and we’re now off to the races: Philly’s mayoral election season has officially begun. Many of us have been anxiously anticipating the May 2023 primary for months. While that may still feel like a lifetime away, things are about to start heating up in real time. We’ve already seen one major resignation from City Council — Allan Domb, and the thinking among pundits and politicos is that the real estate mogul may soon declare a run for mayor. What will be truly shocking if he’s the only sitting Councilmember to resign and consider a run.

This resignation drama, of course, is because of “resign to run,” the wrinkle in the City Charter that says no city government employee can officially campaign for an elected office that employee doesn’t already hold (a.k.a. non-incumbents). Despite plenty of hints, speculation, and private meetings with union leaders, political consultants, and ward leaders, no Democrat, on Council or otherwise, has yet declared a candidacy for mayor. But all of that should change in the next few weeks (or even days), and here’s why: Vacancies on Council are generally filled during special elections called by the City Council president. And if Council President Darrell Clarke wanted such an election to happen during the November 8th midterms, when turnout will be high, the clock is ticking. Ballots need to be set at least 50 days prior to the election.

That timeline would put us in mid-September — right around when City Council is back in session. Incumbents who resign to run often have someone they’d like to see the party nominate for the seat — maybe a loyal staffer, mentee, or personal supporter — giving that designated person a strong chance to win and serve for the remainder of the term (which would end in January 2024). To be clear: Any new seat holder chosen through a hypothetical special election would have to run for reelection during the May 2023 primary — but incumbency is a hell of an advantage in Philly.

So which Councilmembers are going to run, and which aren’t? And who might be bluffing? Here’s an early forecast, based on insider info and rumblings in the halls of power. (Other rumored candidates who aren’t on Council seem more likely to announce their bids later in the fall.)

Cindy Bass, City Councilmember, 8th District: Although there have been rumors aplenty that she’s been “exploring” a run, I doubt she ultimately will. Philly’s Northwest coalition has two other big names expected to run, which makes it hard for me to think Bass will, too. My read: I’m banking on her running for reelection for her current seat and possibly moving up the Council pecking order depending on how things shake out elsewhere.

Allan Domb, City Councilmember At-Large: While his early departure sent a signal that the game was afoot, I, like other insiders, am not convinced he’ll ultimately run. For starters, Domb, a developer in addition to his role on Council, is not the only white businessman among the mayoral potentials — grocery entrepreneur Jeff Brown has definitely been making the rounds — and the optics are challenging, as many politicos sense that voters want a person of color and/or a woman to be the city’s 100th mayor. Sure, Domb’s camp has told me he’s seriously exploring the option. I just don’t see him actually doing it. My read: My sense from talking to insiders is that he’s ready for the next thing, whether that’s mayor or something else. There’s also lots of chatter among political sources and City Council watchers that one way or another, Domb’s chief of staff, Eryn Santamoor, is positioned to succeed him. Santamoor wasn’t too far from winning a City Council at Large seat during the 2019 primary cycle — so it wouldn’t be too far-fetched to see her recommended to party chair Bob Brady by Domb for a special election.

Derek Green, City Councilmember At-Large: I’m convinced Green will run. Despite the buzz in the Northwest for another likely candidate (see below), Green has been showing up everywhere. His recent appearance at the African American Chamber of Commerce’s Convening of Black Mayors event definitely got politicos chatting. My read: The two-term Councilmember is positioning himself as the reasonable, responsible candidate in the race — something that might appeal to those turned off by some of the more polarizing figures.

Maria Quiñones-Sánchez, City Councilmember, 7th District: This is another candidacy I feel confident in. Although she’s never been a favorite of the local Democratic establishment, Quiñones-Sánchez has been the undefeated rebel for years, continuing to beat challengers the party pits her against in her district. My read: With several terms behind her, she has nothing to lose in making a bid to become Philly’s first woman mayor. Insiders close to her have told me she’s preparing a loyal woman staffer in her office to take over her seat in the event of a special election. A big question: Would the Democratic establishment actually pick a Quiñones-Sánchez acolyte?

Cherelle Parker, City Councilmember, 9th District: She is definitely going to run. Teams are being assembled, and there’s cash on hand. Parker looks to be the most formidable Black woman expected to make a run, and her biggest cheerleaders want history to be made. With big labor leaders such as Ryan Boyer singing her praises, it’s not a matter of if she’ll run, but when. My read: Although she’s one of three from the Northwest Coalition eyeing the top seat (the others being councilmembers Green and Bass), Parker is probably banking on her ties to labor and the establishment to give her the advantage. Insiders close to her camp have also told me that Parker has groomed a Black millennial committee person in her district to take over her seat in the event of a special election.

Helen Gym, City Councilmember At-Large: Although she has the money and popularity to make her a formidable candidate, I think it’s truly up in the air whether Gym is actually running … for mayor. For starters, she hasn’t garnered the same level of high-profile press regarding big local issues that she has in the past (i.e., the Fair Workweek Law or calling for the Rizzo statue to be removed). Sure, she was one of the first to jump on Kenney’s comments after the Parkway shooting — but she was far from alone. Her appearances and major public moments lately have seemed beyond Philly. (For instance, her recent opening keynote speech at the Netroots Nation conference was in Pittsburgh.) My read: Gym’s politically polarizing affiliation with the Working Families Party and her national fund-raising pull seem better suited for a congressional bid. But who knows? Could Gym be bluffing, or might she pull a Jim Kenney declare-at-the-11th-hour? We’ll see.

Grab your popcorn and your bingo cards, because it’s going to be one heck of a ride.