Philly Today: The Race for Mayor in Philadelphia Officially Just Got Nasty

Plus, Quinta Brunson wins a major award and police identify the "Boy in the Box” after more than 60 years. 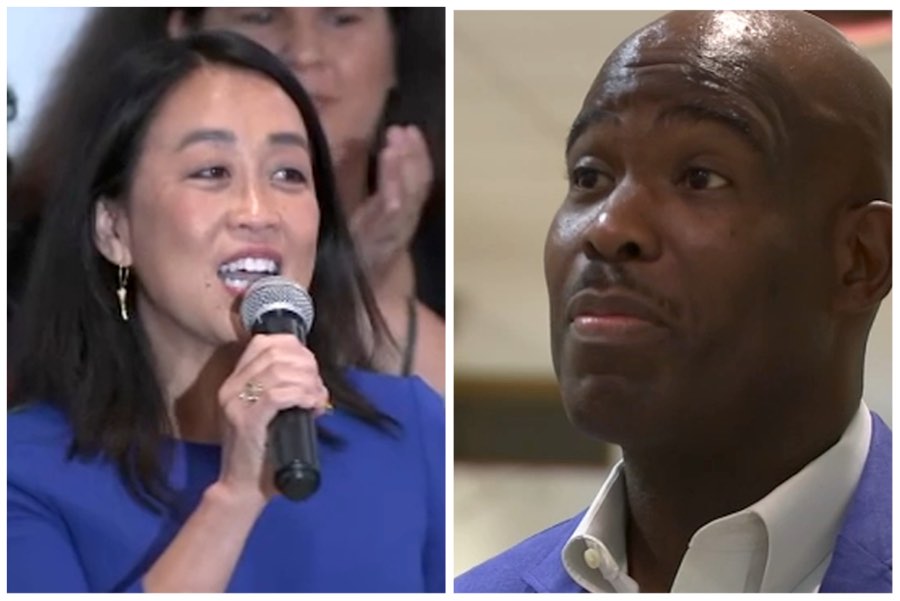 I’ve been wondering when the mayor’s race in Philadelphia would get nasty. Turns out the answer is yesterday.

First, Green’s statement came hours before Helen Gym would actually announce her run for mayor, which she did later in the day. Granted, we all knew she’d be announcing a mayoral run. But one candidate releasing a statement about another candidate’s candidacy before the latter actually announces said candidacy is weird. Kinda rude, you might say.

Second, the Green campaign seemed to be in such a tizzy to get this statement out that they couldn’t manage to copyedit it properly, referring to Gym as “Hellen” in one case. It’s one “L,” Derek. Helen Gym. (Just copy and paste!)

Finally, Green sort of went for the jugular with his characterization of Gym’s positions, invoking the “S” word. Socialist.

Here’s what Green said specifically on that:

Former Councilwoman Helen Gym and I give have [sic] very different approaches and visions for the City. I wrote and passed the Green plan that cut taxes, provided more funding for vital city services, and increased funding for police. Hellen [sic] opposed me on it. Helen pushes a socialist agenda to raise taxes, and opposes more funding for the police. Voters are going to have to decide which approach will make Philadelphians safer and more prosperous.

I asked Green consultant Ken Snyder to elaborate on Green’s brief statement. This is what he sent me:

Yes, there is no question that Helen has taken a socialist approach – she has been ideologically the most like AOC and Larry Krasner on Council. Many voters won’t have a problem with that – many will. She’s at her best with a bull-horn and Derek is at his best bringing warring factions together to get things done. Their records are clear. Derek, who’s [sic] mom taught in the Philly publics [sic] schools for three decades is a former prosecutor and small businessman has a record of building cross racial coalitions. They are two good candidates who offer voters a clear choice. There’s a long way to go and a lot of time left to flesh out their differences further.

I would also add that when people are struggling financially to put food on the table or keep their small businesses open and she opposes reducing their taxes. It’s a socialist agenda. Again, just two different approaches.

I reached out to Helen Gym for Mayor spokesperson Harrison Morgan for a response to Green’s statement. Morgan’s reply: “We don’t think the Green statement is worth responding to.”

All I know is it’s only December (Happy December, officially!) and the gloves are already coming. The May 16th primary can’t get here soon enough.

“Boy in the Box” Identified

In 1957, a young boy was found dead in, yes, a box along a road in Fox Chase. He was never identified and no charges were ever brought in the case. But! Police say they have finally identified the Boy in the Box and plan to release his name and more information soon.

Because You’ve Always Wanted to Own a Batmobile

An area classic car dealer is selling one from the 1989 Batman movie (the one with Jack Nicholson, Kim Basinger, the Prince song, etc) for $1.5 million. I’d be a little more interested if it were from one of the good Batman movies.

Abbott Elementary lead actor and creator (and Philadelphia native) Quinta Brunson’s star continues to rise even higher. People magazine has named Brunson one of its 2022 “People of the Year.” Watch her video about it here.

A tipster tells me that M. Night Shyamalan is back in Rittenhouse Square shooting The Servant, screwing up traffic and pissing off residents of the 2100 block of Spruce Street in the process. Gee, M. Night sure does seem to be good at pissing people off these days.

And big-time Philly band The War On Drugs just announced a series of exciting shows. This is a band that can sell out quite sizable venues. But for these very special performances, The War On Drugs will play Johnny Brenda’s, the intimate Fishtown venue. The shows are on December 19th, 20th and 21st and benefit The Fund for the School District of Philadelphia. Given the popularity of the band and the size of the venue, these $125 tickets might be just as hard to get as Taylor Swift tickets. OK, maybe a slight exaggeration. But you get the point.

Now that the Pennsylvania House impeachment process has concluded, the Pennsylvania State Senate is putting Larry Krasner on trial in an attempt to force him out of office. The Senate says Krasner has to enter a plea by December 21st. He’s called the whole thing a sham.

I Hope You Got Your Flu Shot

We’ve all been concentrated on COVID and getting our COVID shots and boosters for so long (OK, so at least some of us have) that we haven’t spent much time thinking about the flu. Well, just in time for the Christmas season … the flu! Numbers are not good in the Philadelphia area. I’m thinking of just staying in my house until April.

Even in a city with so many shootings and homicides these days, it was very hard to watch the video of a masked man walking up behind a PPA agent and just shooting him in the head. Don’t worry. I’m not sharing the video here. But I will share the following from the Philadelphia Police Department:

The Philadelphia Police Department is seeking the public’s help locating the male in the attached photos.

The male depicted in the photos was involved in a shooting of a Philadelphia Parking Authority Enforcement Officer that occurred on the 4500 block of Frankford Avenue on Friday, November 25, 2022, at 3:50 pm. He is described as Black or Hispanic, 5’9″ – 6’0″, thin, wearing a navy blue hooded sweatshirt, green cargo pants, black mask, gloves, and black boots.

The male should be considered armed and dangerous. Anyone with information is encouraged to contact the Shooting Investigation Group (SIG) at 215-686-8270 or call 911.

The City of Philadelphia and The Philadelphia Parking Authority each have offered $10,000 for a total of $20,000 for information that leads to an arrest and conviction of the male depicted in the photos.

And from the What-A-Mess Sports Desk …

The Sixers were in Cleveland last night and started Joel Embiid, De’Anthony Melton, P.J. Tucker, Tobias Harris and Shake Milton. The bench players had been outstanding in the face of a run of injuries to starters, and this crew got out to an early lead that soon evaporated. Philly was down 25-21 at end of quarter.

First quarter analysis is that the Sixers need to make more shots.

The Cavaliers’ Evan Mobley was on fire, and the Sixers were not, plagued by turnovers and missed shots. The Cavs ran it to 47-32 with seven minutes left in the half, and coach Doc Rivers mercifully called a timeout.

If you are wondering how things are going with the Sixers there are 4:30 remaining in the first half and Paul Reed is the team’s leading scorer with 8 points

The fans online were getting restless. See what happens when you spoil this city with unexpected wins?

I couldn’t watch anymore. It was just ugly as hell. Kate Scott and Alaa Abdelnaby weren’t having any fun in the booth. Tobias Harris got sick (or maybe just disgusted) and left the game, and so did I.

I switched channels to the doubleheader at the Palestra. In the opener, it was Temple over La Salle.

In the second game, St. Joe’s managed an impressive come-from-behind tie against Penn in regulation, and they were into overtime! With St. Joe’s up by one and 10 seconds left in overtime, Penn was called for an offensive foul. Penn promptly fouled on the inbound pass, and Erik Reynolds went to the line, scoring two. Penn took a timeout with 6.9 seconds remaining, and Ben Slackert missed the three-pointer. Penn immediately fouled Lynn Grier III (he’s got deep Philly hoops ties), who hit both of his foul shots. A big win for the Hawks.

That is a VERY good win for this St. Joe’s team. Penn has been playing really good basketball. Quakers went up 17 points early. St. Joe’s comes back to win 85-80 in overtime. The Hawks improve to 3-3 on the year. Credit to the staff and team for grinding away and winning this one

In other news, Drexel downed the Lafayette Leopards.

Dragons get the win at home! pic.twitter.com/T4LwSr53ns

Oh, before we forget: This Nick Sirianni locker-room speech is lit!

This is probably the best postgame locker room speech I’ve seen from Sirianni:

For them what care, the Flyers play tonight.