Plus, Philly loves cats more than other cities love cats. And who the hell would vandalize a Christmas tree? The nerve of some people. 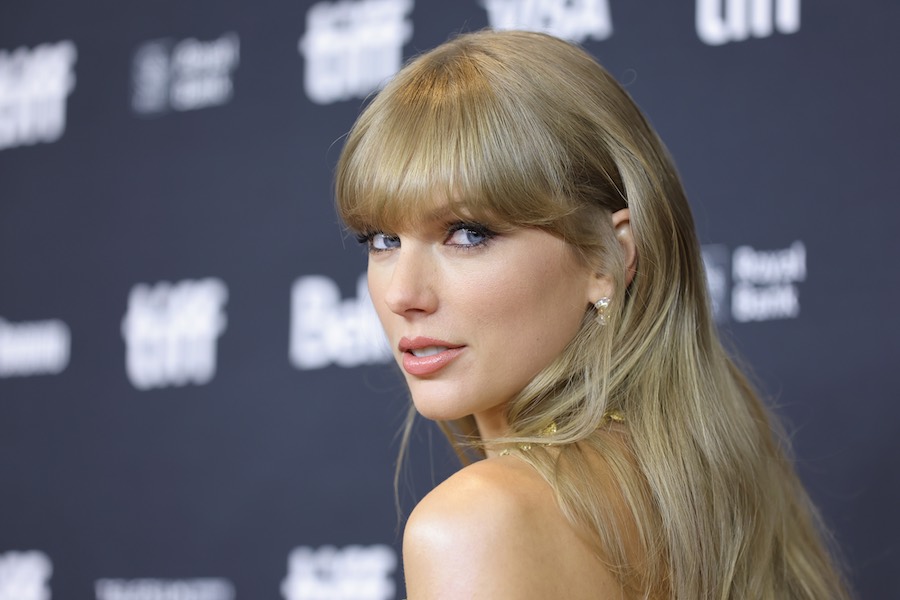 I’m not normally one to write about one-off restaurant/bar promotions or report on publicity stunts (well, other than Jawn Morgan). But this one involves chocolate and free Taylor Swift tickets, so I’m making an exception as a public service announcement for all of you who missed out on said tickets.

In case you haven’t heard, the Taylor Swift ticket situation is an absolute debacle. She’s coming to Lincoln Financial Field in May. Ticketmaster conducted a pre-sale, which didn’t go well and left many fans out in the cold. Then tickets were supposed to go on sale to the general public, but that got screwed up as well. The end result: a lot of Taylor Swift fans without Taylor Swift tickets, and a lot of scalpers with. (The cheapest resale tickets are in the $630 zone. That’s each.) It’s so bad that the attorney general of Pennsylvania is investigating.

So back to the contest. Bar 32, a bar/chocolatier in Atlantic City has come up with a novel approach. They’ve made 3,000 $10 chocolate bars — it’s called the Holiday Bar (pictured below) and consists of dark chocolate with crushed candy cane — and the wrapper for each contains a number from 1 to 3,000. I think you know where we’re going with this.

This chocolate bar from Bar 32 in Atlantic City could win you free Taylor Swift tickets in their contest. (Photo courtesy Bar 32)

On Christmas Day, Bar 32 will select a number on Instagram Live. And the person holding that number gets a pair of tickets to the May 13th Taylor Swift performance at the Linc.

I don’t want crushed candy cane in my chocolate. Nor do I do 60% chocolate. (70% and up!) Nor do I have a child who is a Taylor Swift fan. (My 15-year-old daughter says: “She’s OK, but I wouldn’t want to go to her concert or anything.”) But I will happen to be in Atlantic City on Saturday and will buy a bar. And if I win (hey, there’s a chance, right?), I’ll auction the tickets off and donate all the money to Philabundance.

Oh, Gee, I Wonder What This Helen Gym Announcement Will Be About

Yesterday, Helen Gym resigned from City Council. This afternoon, she is, in the words of her spokesperson, “holding a special event to announce the next steps to bring her bold, people-powered agenda to our city.” The chances of this announcement not being that she’s running for mayor are about as good as your chances of winning free Taylor Swift tickets. She’s announcing at the William Way Community Center (1315 Spruce Street), and doors open at 4 p.m.

Wanna Be a Cop?

Philadelphia is short 600 cops, which seems like not a good thing when we’re not exactly short on crime. “It’s critical now,” Philadelphia Police Commissioner Danielle Outlaw said in an interview with ABC News. “It’s already critical, was critical a year ago.” Further complicating said shortage? Washington D.C. is recruiting for cops in Philly and offering a $20,000 sign-on bonus. Million dollar idea, Outlaw: Offer free Taylor Swift tickets! Why do I have to think of everything?

Remember When Donald Trump Wanted to Build a Casino Here?

Naturally, it was to be called TrumpStreet. Naturally, it failed. The Inquirer has a fascinating feature on this failed development and others, like Will Smith’s Silver City Studios and, you know it, DisneyQuest. Check it out here.

According to this report, Philadelphia has more cat lovers than any of the 15 biggest metropolitan areas in the United States, with Seattle coming in a close second.

And You Thought Your Walks Were Long

Hey, At Least It Wasn’t a Gun This Time

A man robbed a Philadelphia Wawa with a needle.

What kind of a-hole would steal a dog from a car parked in a Wawa lot?

Who would vandalize a Christmas tree?!

And from the Phew-Who’s-Through Sports Desk …

That’s Hershey’s own Christian Pulisic, scoring in the first half of the U.S. team’s match against Iran. It was a glorious goal, but he went down hard …

Pulisic is helped off the sideline after scoring for the USMNT pic.twitter.com/6C2z6sKNAZ

And got back up again.

He came out at the half, though, and was replaced by Brenden Aaronson, formerly of the Philadelphia Union and a native of Medford, N.J. The game was much tighter in the second half, and after the U.S. men managed to hold on to that slim 1-0 lead through the end of regulation, the refs added nine freaking minutes of stoppage.

I took time out of my busy day to explain about stoppage time to Victor.

At the final whistle, the U.S. emerged triumphant, and they’re on to the next round!

For the seventh time in their history, the #USMNT have qualified for the knockout stages of the #FIFAWorldCup

This evening, the Sixers are in Cleveland to face the Cavaliers at seven. And speaking of the Sixers, BetSperts, a “social media network for bettors,” put together one of those semi-specious rankings of Best Cities for Sports Fans that puts Philly seventh overall but number one for basketball fans. In case you’re wondering about its accuracy, the overall best city for sports fans, it says, is, um, Minneapolis.

If you’re a fan of recently retired sportswriter extraordinaire Ray Didinger — and really, who isn’t a fan of Ray Didinger? — you should know that tonight at 12:30 (well, it’s really early Thursday morning), FS1 is showing an NFL Films doc on his illustrious career, his recent retirement (just in time for record-breaking Phils and Eagles seasons), and the play he wrote, Tommy and Me, about his relationship with Eagles receiver Tommy McDonald. Don’t miss it!