Plus, Quinta gets the Oprah treatment, Bradley Cooper goes for Bullitt and … drone soccer is a thing? 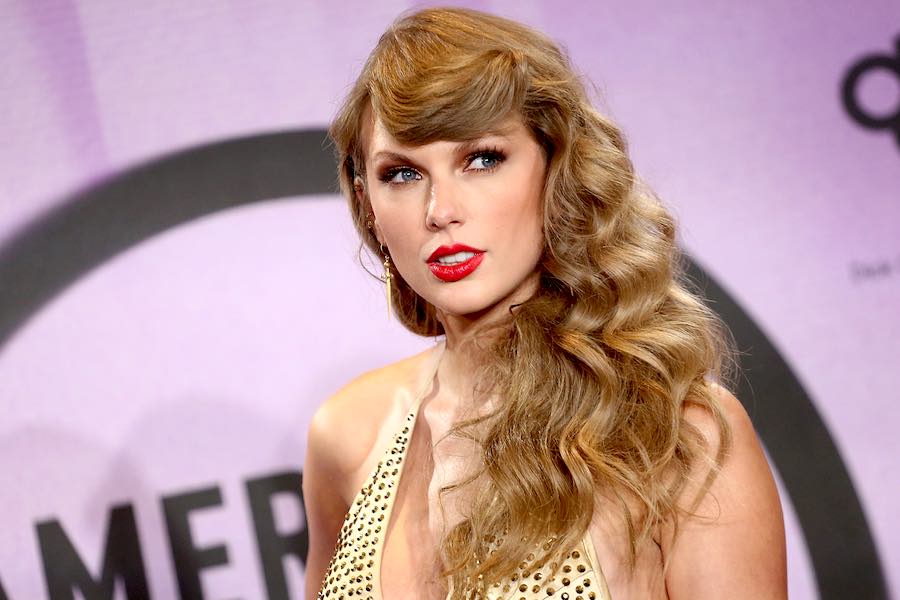 Well, you know what else is a lot? The number of complaints that Pennsylvania Attorney General (and governor-elect) Josh Shapiro has received about Taylor Swift tickets and Ticketmaster: 2,500 complaints as of Monday morning.

You may remember that I told you on Friday that Shapiro was inviting consumers to file complaints with his office after many, many fans were unable to score Taylor Swift tickets. The Ticketmaster pre-sale was an absolute disaster. Then the company canceled its public on-sale. Talk surrounded scalpers and bots and Ticketmaster unfairness. 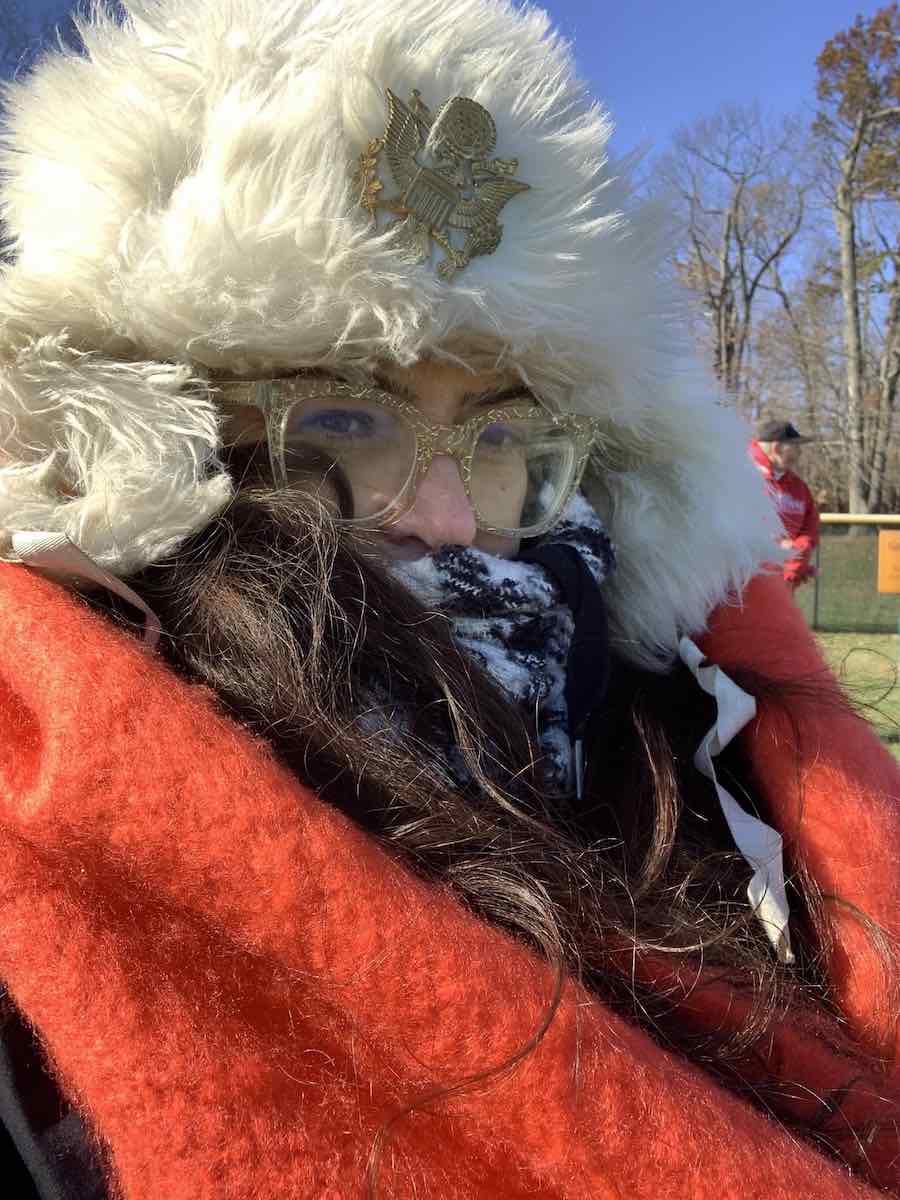 South Jersey mom Elizabeth Flynn in a photo she posted to Facebook with the note, “Please recognize my dedication to soccer life.” (Used with permission.)

Every year, I tell myself that I’m not turning on the heat until after Thanksgiving, much like my rule for Christmas decorations. And every year, I’m defeated. We’re looking at lows in the 20s through Wednesday. As the terrible Glenn Frey song goes, the heat is … on. (Cue sax solo.)

Things that make you say awwwww.

Apparently, Philly, Unlike Many Cities, Has an A+ Evacuation Plan

So says a new study published in the International Journal of Disaster Risk Reduction. We’re one of only seven out of 50 cities in the study to pass the test with flying colors. Who knew?

New Jersey DOT Gets In Trouble for Digital Messages for Drivers

I thought the messages displayed on those digital readouts above the highway were clever: “Get Your Head Out of Your Apps” and “Mash Potatoes — Not Your Head.” Apparently, the feds weren’t fans.

Tom Cruise. Ellen Degeneres. Michael Jackson. Whitney Houston. Mike Tyson. Meghan Markle and Prince Harry. Oprah Winfrey has interviewed some very famous people over the years. And now she can add to that list Quinta Brunson, the Philly-born-and-raised star and creator of Abbott Elementary. Oprah’s full interview with Brunson airs this Saturday at 9 p.m. on Oprah’s network, OWN. But you can get a taste of it here:

So much has changed for Brunson since March 2021, when I interviewed her just as she was on the verge of becoming a big star. She deserves all of it and more.

That’s right. Steven Spielberg is making a new movie based on the character Steve McQueen made famous in 1968. And whom has he chosen for his leading man? None other than pride of Jenkintown Bradley Cooper, according to reports. Can the Coop live up to such an iconic role? Well, we’ll probably have to wait at least a couple of years to find out, I imagine, as this thing is only in pre-production.

Did Somebody Say Drone Soccer?

Yes! There’s a brand-new Philly drone soccer league. Now, I’m not entirely sure what drone soccer is, but I’m sure my 16-year-old son would be enthused.

Don’t Screw Up a Good Thing

And from the Well-That-Was-Highly-Unlikely Sports Desk …

These Eagles are killing me! The first half of the game against the Colts, in Indianapolis, was dreadful. Fortunately, I missed most of it because I had to go cat-sit for my kid, and I have no idea how to turn on his big fancy TV, and he doesn’t own a radio because why the hell would he? But here’s a taste.

I got home for most of the second half but kind of wished I hadn’t. Nothing much happened for the Eagles in the third quarter, unless you count the strip sack and fumble on Jalen Hurts on the VERY FIRST PLAY FROM SCRIMMAGE. Philly recovered a fumble by Jonathan Taylor, but A.J. Brown fumbled it right back. We finally had something going when Quez Watkins scored a TD in the fourth with 13:31 left to play after a LONG scramble by Hurts.

But the Colts kicked another field goal, so suddenly we were down by six with two minutes left in the game, on a fourth down with two yards to go.

And damn if Hurts didn’t run it for the first down. First and goal! The ball went to Miles Sanders, but he was hit immediately. Timeout Colts. On second and goal, Hurts tried to run it again. Nothing doing. Third and goal. The Colts took another timeout. There’s the snap, and OH MY GOD Hurts is wide open and runs it into the end zone to tie the game. Jake Elliott hit the point after, and it was 17-16 Eagles. The Colts had 1:20 left on the clock.

Matt Ryan looked mighty coolheaded running his two-minute drill. The announcers helpfully noted that the Eagles hadn’t won a game where they were trailing by 10 going into the fourth quarter since 2010. Thanks, guys. But Brandon Graham got a HUGE sack with 39 seconds left to make it fourth and 16. Then a Colts lineman was called for a false start, and — lordy-lord, that was it!!! We won!!! Even the New York Times was impressed.

The Eagles squeaked out a win on the ground, the Lions' Jamaal Williams showed the power of the rushing game, and Zach Wilson ran into Bill Belichick again.

Here's what we learned from Week 11 in the NFL. https://t.co/yO63pHyWbG

As for the Sixers game on Friday against the Bucks, with James Harden and Furkan Korkmaz out with injuries, it was up to Tyrese Maxey to have a big game. And he did, for the first half, but the Sixers hovered about 10 points down throughout. Things got plenty sloppy toward the end of that half, and at one point, the two teams combined for four straight turnovers. The fans at Wells Fargo were most displeased. The Sixers did put together a mini-run, but then disaster struck: Tyrese Maxey pulled up lame after coming down on Jevon Carter’s foot. He tried to walk it off, but he limped to the locker room with 24 points and a declaration by announcer Marc Kestecher that he’d been keeping the team in the game. It was 62-55 at the half.

Bad sign: Maxey didn’t come out for the second half. Luckily, Giannis was about to have problems of his own and started clunking foul shots left and right. Joel Embiid brought the game to a tie with a couple of made foul shots, then got called for a foul on an elbow (well, okay, a body block) to Giannis, and the refs huddled for a review. Doris Burke was SURE it was a flagrant 2.

But the gods smiled on us. Giannis missed his first foul shot, and the crowd was finally back in the game, smelling chicken nuggets. Yep, everybody scores! The Sixers promptly went on a tear, led by Georges Niang nailing threes.

Fouled again, Giannis air-balled his first attempt and clunked the second. Burke and Kestecher were trying to add up how much chicken fans were going to get. Miraculously, the Sixers were up 87-82 at the end of quarter. In the end, they pulled out a big win, 110-102. “This is one to savor,” Kestecher said.

Wow. With James Harden and Tobias Harris out and Tyrese Maxey missing the entire second half, the Sixers beat the Milwaukee Bucks.

Some unreal plays from Embiid down the stretch.

Post-game, Giannis wanted to practice foul shots on the court and had a little hissy fit.

Ok… I don’t care who you are, this is a straight up LOSER move. What a baby. pic.twitter.com/ROq9BTn6DA

In less happy news, Tyrese has a broken bone in his foot, so the team will be Maxey-free for a while.

Tyrese Maxey will be out 3-4 weeks after suffering a fracture in his foot during Friday's win over the Milwaukee Bucks, the Sixers announced this afternoon. https://t.co/c1ZJGDgFWW

On Saturday night, the Timberwolves came to town to face the seriously depleted Sixers, who started Milton, Melton, House, Tucker and Embiid. At the close of the first quarter, it was 33-23 Wolves. It only got bleaker in the second quarter thanks to turnovers, and it was 63-51 at the half.

In the third, the Sixers were still hanging around but steadily 12 or 15 points behind. Then they cut it to 10 at the start of the fourth. At the halfway mark, Niang was called for a foul. Joel fell tripping over him and went down hard, clutching his ankle, but stayed in the game. Paul Reed put in a layup on a Melton steal.

Another steal, and it was 105-99. And another steal! Joel hit a three to finish off a 12-0 run. But the shots started missing, and the Wolves started hitting – and Embiid looked like his ankle hurt. Still, he didn’t stop fighting.

Nothing but respect for the effort and heart he has brought to the Sixers in recent gamespic.twitter.com/cF4WJupGI1

In college football on Saturday, the Temple Owls lost an ugly one to Cincinnati, 23-3. Penn just edged out Princeton, 20-19. And Villanova beat Delaware’s Blue Hens, 29-26.