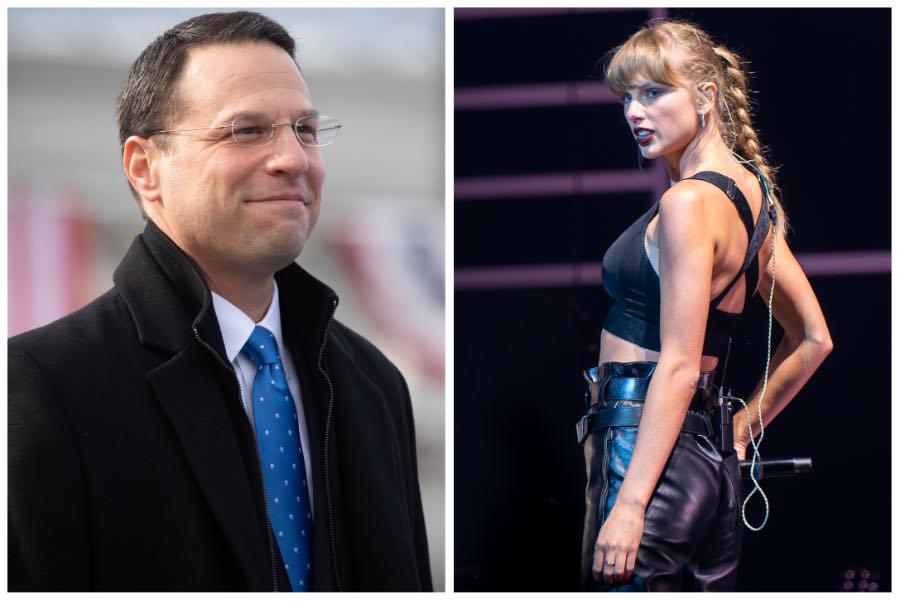 In short, Ticketmaster launched a pre-sale for the 2023 Taylor Swift: Eras tour earlier this week, with tickets scheduled to go on sale to the general public today, Friday. But the pre-sale was marred by tons of Ticketmaster issues. There’s all kinds of talk about Ticketmaster unfairness, scalper bots and the like.

Long story short, there are a whole lot of Taylor Swift fans out there who didn’t get tickets via Ticketmaster. And now, Ticketmaster has canceled the public on-sale that was supposed to happen today. I know more than a few parents who were trying to get Taylor Swift tickets as holiday gifts for their kids (sure they were for your kids) but who are now empty-handed. Meanwhile, people who did get tickets through Ticketmaster are trying to resell them for as much as $28,000. The horror!

But never fear, Pennsylvanians. Josh Shapiro is here. The current attorney general of Pennsylvania who will become the governor of Pennsylvania in January wants to hear from you, disheartened Taylor Swift fans:

That’s right, the attorney general’s office is looking into the Ticketmaster matter. (Hey, Shapiro does have kids who are the perfect ages to be Taylor Swift fans.) If you feel like you’ve been scammed, file a complaint with Shapiro’s office here. 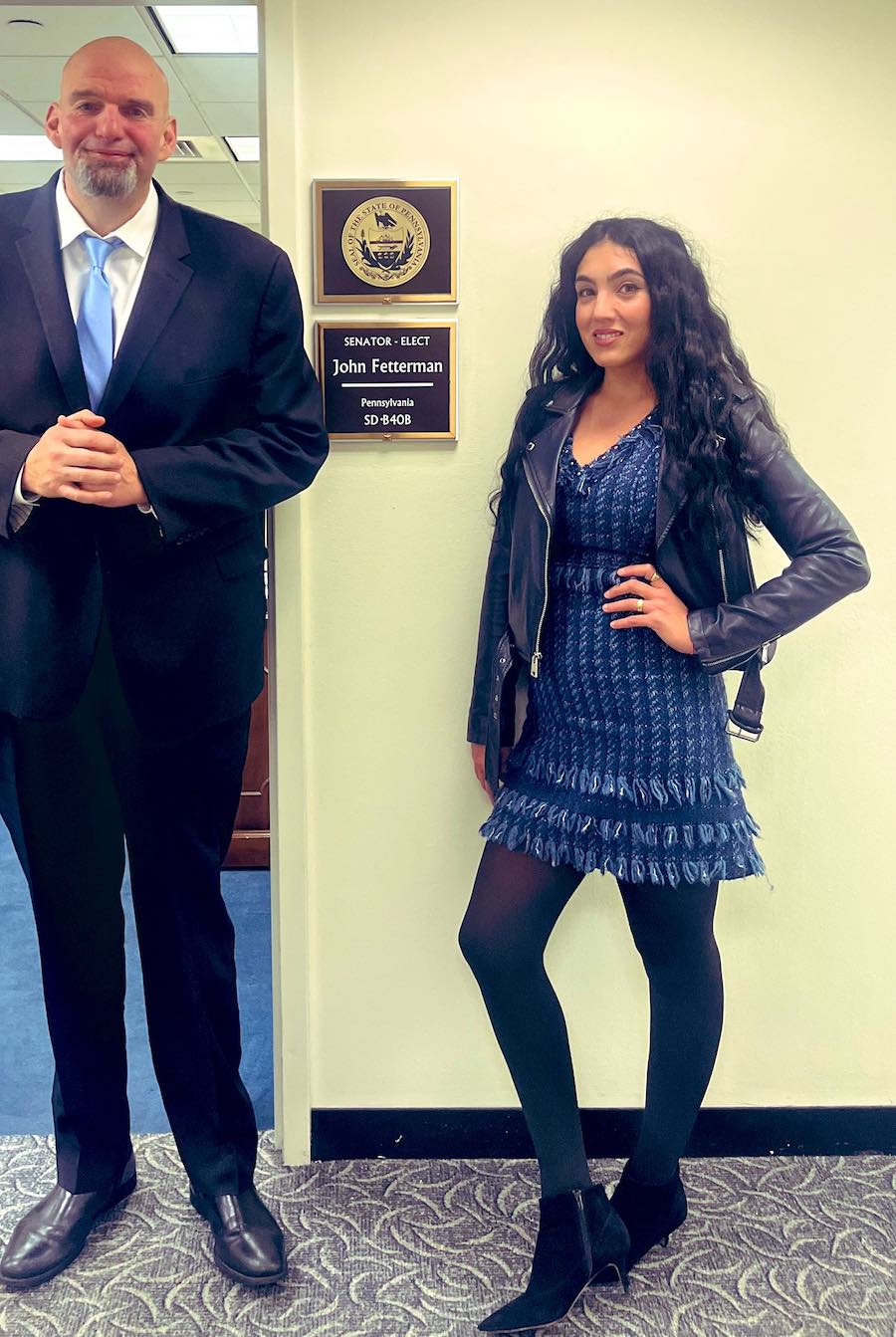 I knew I loved Gisele Fetterman. But now that I know she buys many of her clothes at thrift stores (just search for her #WearUsedClothes hashtag on social), I love her even more. Vogue has the details on this truly important Fetterman family story. 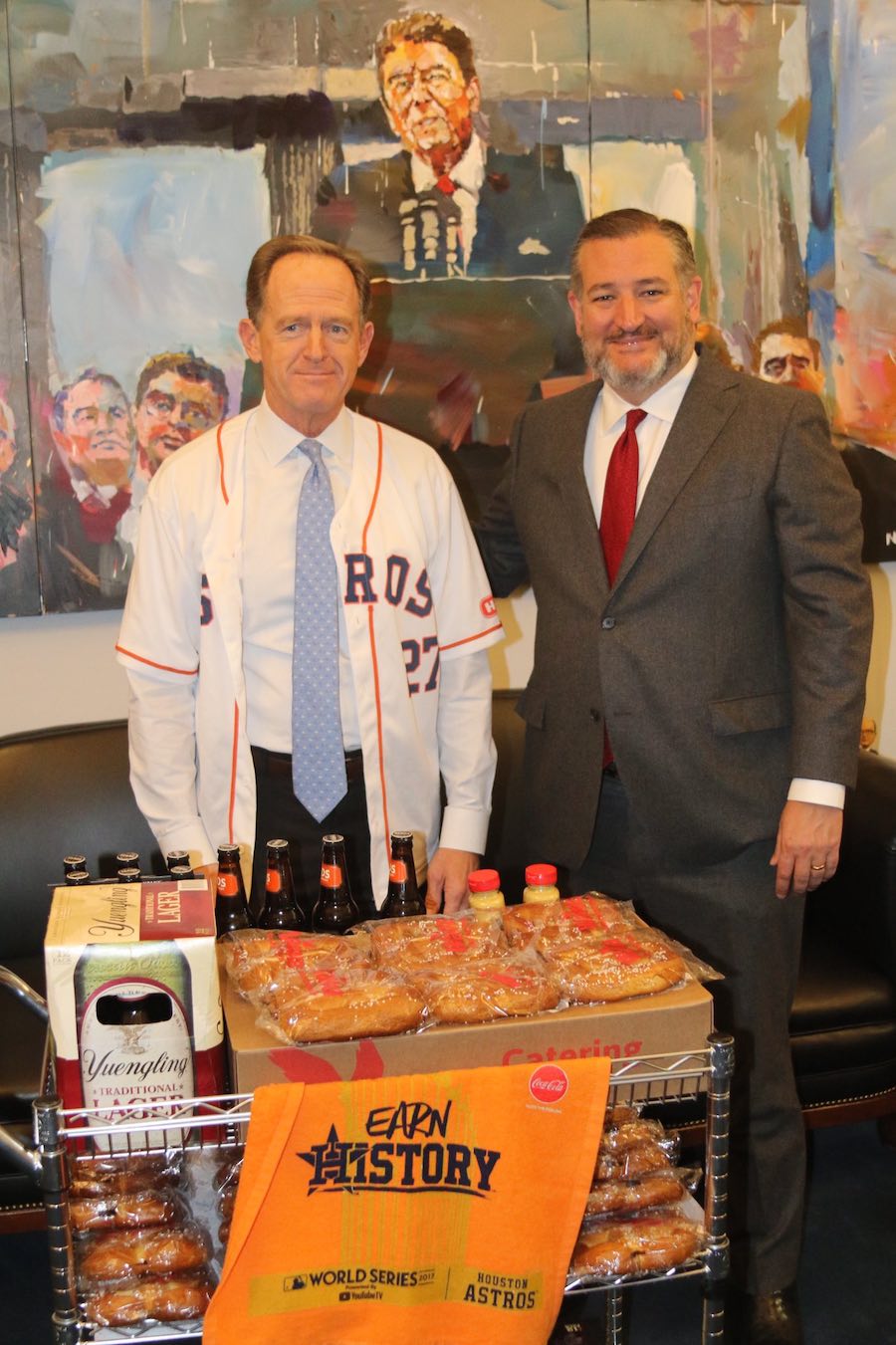 The Only Pat Toomey-Ted Cruz Moment We’ll Ever Love

OK, so Pat Toomey and Ted Cruz had a fun little wager going on the Phillies-Astros World Series. Ted Cruz put whatever he put up. And Pat Toomey put up some Yards and Yuengling beer and a bunch of Wawa soft pretzels. All of which Toomey delivered to Cruz on Thursday:

I put it off as long as I could, but I had to congratulate @SenTedCruz on an @astros #WorldSeries win over the @Phillies. I delivered some of Pennsylvania’s best—@Wawa pretzels, @yuenglingbeer, and @yardsbrew beer—to his office today. pic.twitter.com/NLsLSQzKgt

A few notes about this photo.

Pink Drinks Ranch Dressing Out of a Jar

I don’t imagine that Doylestown native Pink — who just announced a huge stadium tour that includes a stop at Citizens Bank Park — actually drinks ranch dressing out of a jar. But that’s what she sang last night on Jimmy Kimmel Live when Kimmel challenged her to sing lyrics revealed to her one-by-one in real time on cue cards as a pianist played along. It’s a funny bit. And the perfect thing to give you a chuckle after a too-long week:

The non-partisan Philly-based fact-checking organization had quite the field day picking apart Donald Trump’s announcement that he’s running for president.

If only some Philly Mag writer had spent countless hours compiling the 77 best things to do in Philadelphia this weekend.

Where Are You Drinking This Weekend?

A little too soon for my taste, but holiday-themed bars are now a thing. (The day after Thanksgiving is much more respectable, imho.)

And From the Look-Who’s-Here Sports Desk …

But hey, look who’s in town!

We hear time has mellowed him. We’ll see.

On the weekend schedule: Tonight, the Milwaukee Bucks come to town to play the Sixers, at 7:30. The Timberwolves visit Saturday at 7:30. The Eagles head to Indianapolis to play the Colts on Sunday at one.

In college hoops, it’s bang-bang-bang today: La Salle plays Wake Forest at two, the Rutgers Scarlet Knights are at Temple at five, Drexel plays Arcadia at six, Penn tips off vs. West Virginia at seven, and Villanova is at Michigan State at eight.