The Worst of Philly 2021: From Fraudulent Hoagies to Headhouse Square to Ben Simmons

The 20 people, places and, yes, sandwiches that made us utterly cringe. 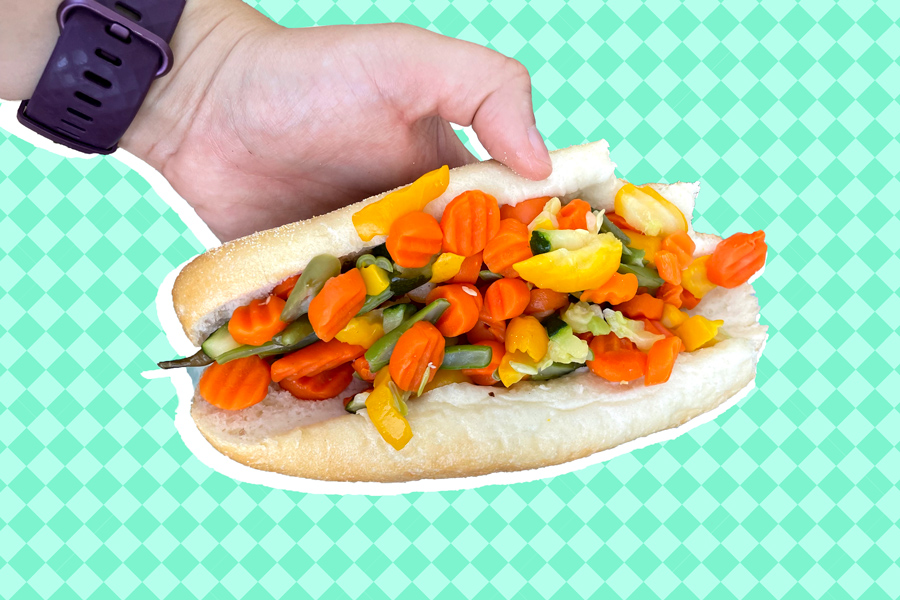 Every year since 1974, Philly Mag has published the Best of Philly: the people, places and things we want to lift up and celebrate. Things that make Philly a better place. But to have proper balance in this system, to achieve the elusive yin and yang, we must also consider the dark side. The Worst of Philly. And this, Philadelphia, is that.

One of the only benefits we as citizens derived from the city during the pandemic was the closure of Martin Luther King Drive to motor vehicles. Philadelphians — more than 5,000 of us on weekdays and more like 10,000 on weekend days — enjoyed countless hours of biking, jogging and walking right down the middle of the road, taking in Boathouse Row and the scenic Schuylkill without the nuisance and potential danger presented by cars. But now, on August 4th, in a display of its usual level of lamebrainedness, the city will once again allow cars to dominate the roadway. The city has its reasons. We’re not impressed. Enjoy it while you can.

Worst Simple Thing That Philly Just Can’t Seem to Do: Pick Up the Trash

Don’t blame the sanitation workers. Blame our elected officials and bureaucrats who can’t even figure out how provide the most basic of municipal services.

If your Facebook feed already isn’t cluttered with enough mindless drivel, this group of close to 50,000 members offers around 60 posts each day from self-appointed experts tediously debating, slobbering over and posting mostly gross photos of the sandwich Philly made famous. And yet, if you badmouth a cheesesteak joint, you get suspended from the group. And any group about cheesesteaks that doesn’t allow for trash talk is a group no self-respecting Philadelphian should want any part of.

It’s kind of unimaginable how one person could, in the course of just one year, rear his ugly head as both the guy who essentially gave Bill Cosby a get-out-of-jail-free card and argued (albeit in the most massively inept way possible) in defense of Donald Trump in the wake of the insurrection at the U.S. Capitol. And yet, there’s Bruce Castor. 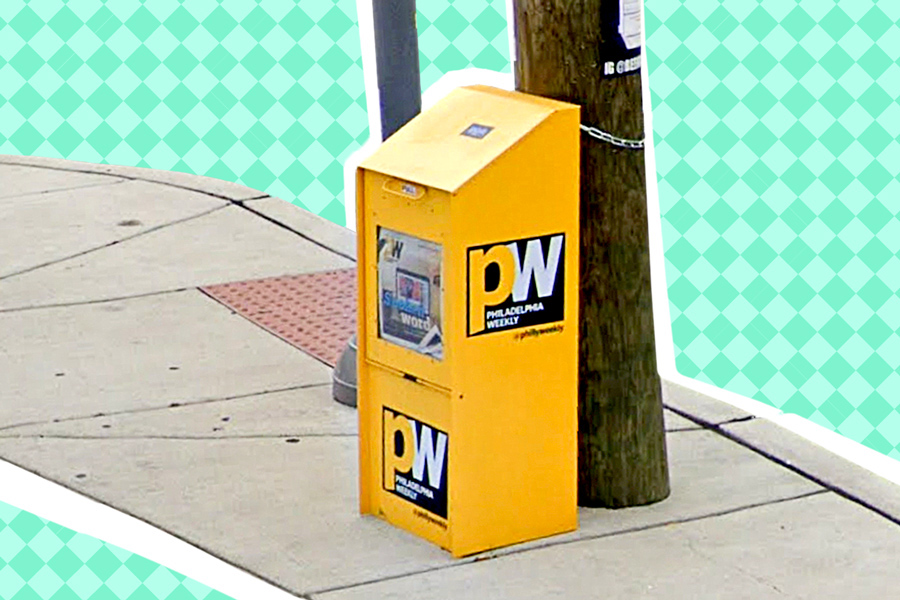 No, the worst neighbor of 2021 is not the guy you keep sending us “tips” on and posting about in neighborhood Facebook groups because his dog keeps pooping on the sidewalk in front of your house. Yeah, that guy sucks. But there are bigger problems in this world, the caught-on-video racist white guy in Mount Laurel among them. And this honor goes to him.

You already know the historical and political arguments in favor of vaporizing this Penn’s Landing monument (not to be confused with the no-longer-on-display Christopher Columbus statue in South Philly), so I’ll skip those. Politics and history aside, there’s one indisputable reason to remove the monument from public view: It’s sooooo damn ugly. A real blight on a waterfront that has otherwise come a long way. 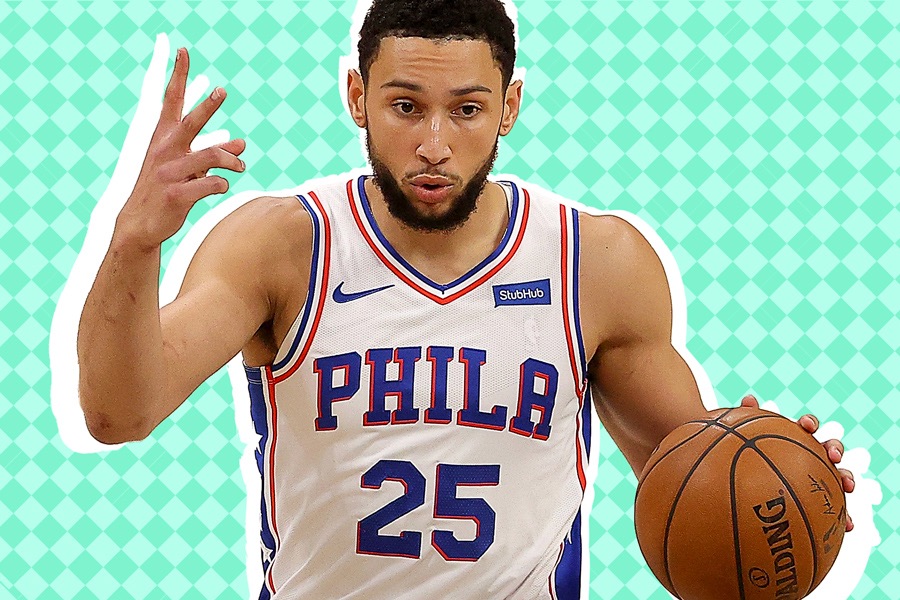 A $30 million-a-year “atrocity.” Something tells me you can probably get a great deal on Ben Simmons t-shirts, Ben Simmons jerseys and Ben Simmons whatever else at your local clothing store.

There are a lot of bad sandwiches in this city, but when you stick thawed-out frozen vegetables on a roll, call it a “grilled veggie hoagie,” and then charge people who’ve been standing in way-too-long lines in the way-too-hot sun $15 for it, it’s really hard to compete.

Worst Person at the Jersey Shore: The Flag People

Sure, I still want to throw bread cubes at the people who can’t be bothered to dispense their spray sunscreen away from others, thus summoning all seagulls for miles around to attack with extreme prejudice. But this year, I really have to nod to the people behind this new and unwelcome flag-flying trend. I’m not talking about truly patriotic people who have Old Glory on display, waving it wide and high. If you haven’t been to the Jersey Shore recently, prepare to be absolutely inundated by all sorts of flags — political flags, alma mater flags, flags advertising various businesses, you name it — that beachgoers are suddenly insisting on flying. I’d like to see this trend go the way of Jersey Shore, the TV show, but something tells me it’s here to stay.

What do you do when everybody is stressed out, bars and restaurants are struggling, and people just want to have a little fun? You get rid of our rummy roadies. Just further proof that politicians (Republicans, in this particular case) hate us.

There are so many potential candidates for this one, but only in Philly would we pick a 22-year-old Drexel grad student (who studies psychology, not infectious disease or community health or, well, anything relevant to COVID) to lead the coronavirus vaccination charge in Philadelphia. We’re still shaking our heads over this one and probably will be for a long time to come.

Major League Baseball has been pleading with teams to get 85 percent of their players and staff vaccinated against COVID. While most teams have reached or crossed this threshold, there are still plenty in the Phillies organization who won’t get stuck, and if you think that hasn’t led to our disadvantage in games, you’d be wrong. 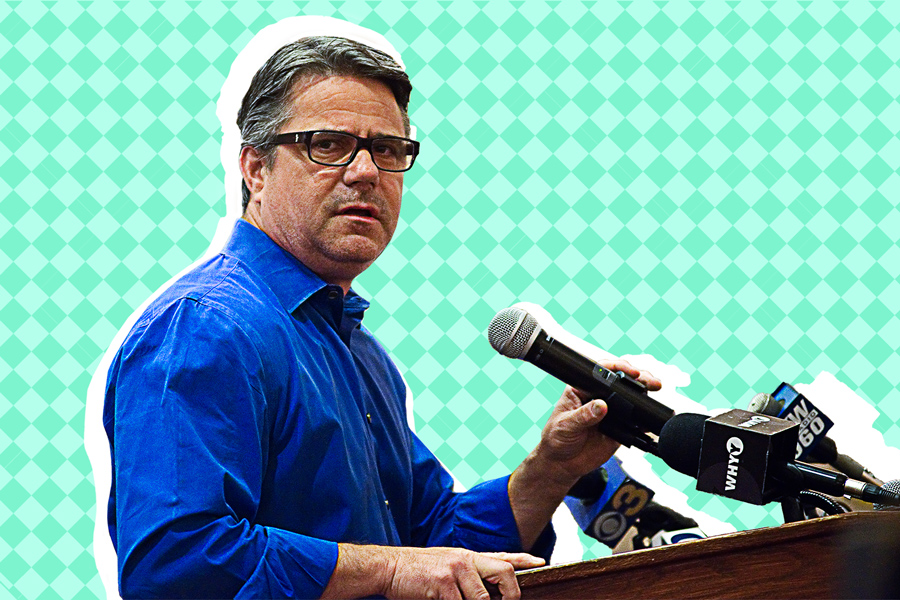 Ten years into his tenure on City Council, Bobby Henon gets a failing grade. He’s done shockingly little, though we did enjoy the time during a 2019 heat wave that he encouraged residents to rat out their neighbors if they have “illegal pools” set up. (Yes, the $30 blow-up pool you bought at Target is illegal in Philly.) More recently, he was seen working out unmasked at his local gym when it was illegal to do so. Way to set a good example. But who has the leisure to set a good example when you have to spend so much time and effort questionably raising legal defense funds from parking-lot magnates (and later backing a bill that would greatly help the parking-lot industry) and, reportedly, strip-club owners, to pay for the attorney in the federal corruption case against you?

Just when we start to hate the Philadelphia Parking Authority a little bit less, we hear stories like this one.

Why do I have a feeling the Philly Fighting COVID bro has one of these in his closet?