The 10 Worst People You Will Meet at the Jersey Shore, Ranked

From the dude blaring Springsteen from his beach chair all day to the ultimate evil. 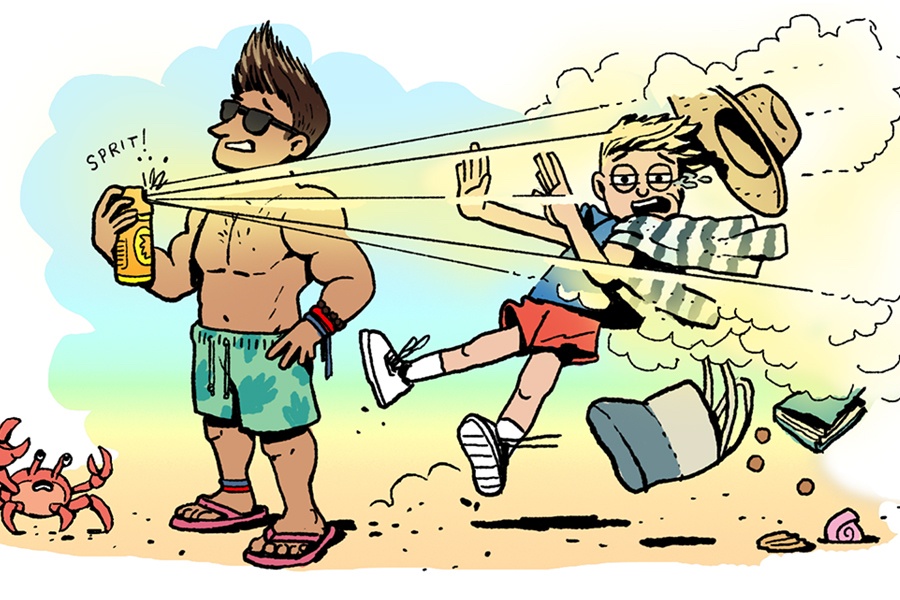 A spray sunscreen devotee and his victim at the Jersey Shore. (Illustration by Doogie Horner)

It’s officially summer in Philadelphia, and that means lots of fun in the Jersey Shore sun, copious amounts of Manco & Manco pizza, and, of course, incredibly irritating beachgoers who don’t know how to act in public. Here are the ten worst.

Well, other than the ridiculous blue laws that don’t even let you BYO wine to the Italian restaurant down the street for Friday night dinner, a concept completely inconceivable to me. Chicken parm without chianti?

These Are the 20 Worst People You Will Find on Philly Sidewalks, Ranked
The Annotated Guide to Modern Elevator Etiquette
The 7 Worst People at the Farmers’ Market

But the biggest problem in Ocean City is that it is, due to its status as “America’s Greatest Family Resort,” simply overrun by swarms of children and their extremely stressed-out parents who:

• Jam-pack the boardwalk with bulky strollers
• Bicker with one another about how often little Oliver needs to reapply sunscreen
• Yell at the kids when, after buying them pricey all-day wristbands for the amusement piers, they discover that the kids are done after two rides and some funnel cake.

I could go on.

When the average person drags a chair to the beach at the Jersey Shore, they are doing so to:

• Enjoy the peace and quiet
• Read a book
• Allow the sounds of the ocean to lull them into a state of something approximating zen.

Nothing stifles all of this quite as much as the guy a few chairs over playing the Bruce Springsteen station on his Sirius XM app all afternoon.

Yes, he knows that earbuds exist. He’s simply too narcissistic and selfish to use them. Borderline sociopath.

Aka couples who take PDA to the extreme while on the beach at the Jersey Shore. You know who you are. Good rule of thumb: Keep your tongue in your mouth.

There’s quite literally nothing to be done about those terrifying flies that bite you and leave welts all over your body. 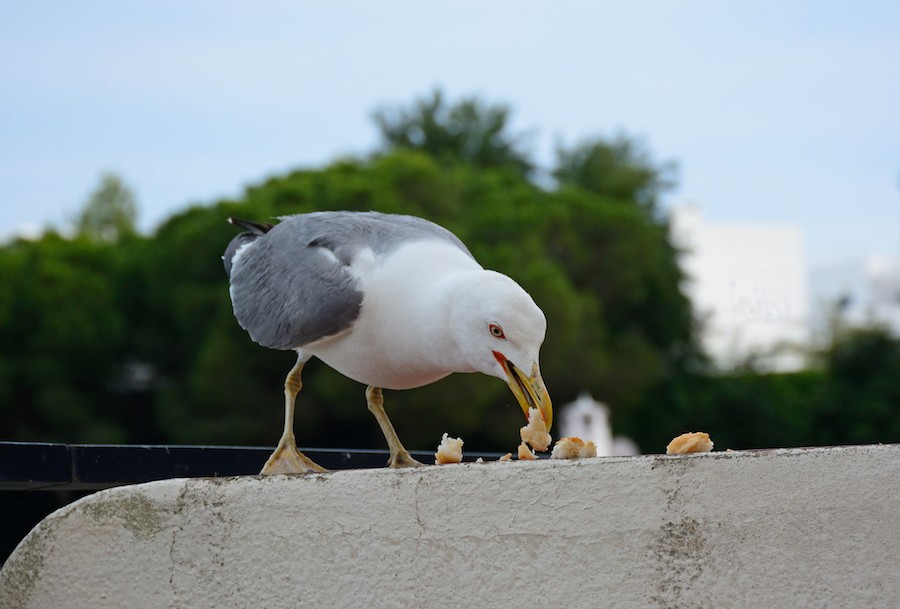 But the impact of the other fauna scourge of the Jersey Shore — these cockroaches of the skies — can be mitigated by simply not feeding them. It’s really that easy.

#6 and #5: Kite and Drone Enthusiasts

Last week, I watched as a young lad flying a rather sizable kite (not one of those flimsy Atlantic City Boardwalk 99-cent store models but, rather, something that could really take your eye out) nearly impaled a sunbathing woman, who just happened to look up at the right moment and get out of the way with about a half-second to spare.

Then, a quadcopter drone came buzzing by. Within moments, it became clear that the drone pilot was trying to antagonize and/or injure the seagulls. And, granted, there’s no love lost for seagulls here (see #7), but a drone pilot attacking the foul (but helpless) beasts is even worse. And then, dude hovered the drone (no doubt with an onboard camera) above two tween girls standing in the ocean. Creepy!

You get to the beach early to secure a prime spot only to have some jerks roll in and set up right in front of or right next to you.

If you can smell my Sack O’ Subs Italian hoagie, you are sitting too close.

Inevitably, they shake out their sand-logged towels while standing right next to you. Bordering on Satanic.

Yes, this is still a thing at the Jersey Shore. 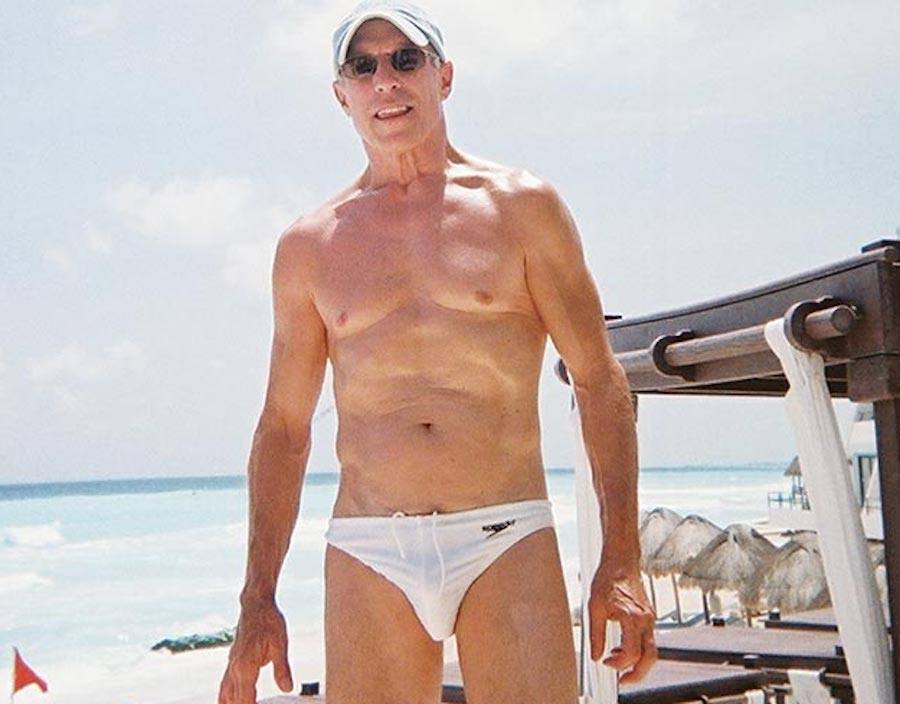 There are two types of people at the Jersey Shore: those who believe that spray sunscreen is the best thing ever and those who understand it for the threat to mankind that it is. Make your ancestors, your god, and your country proud —be the latter.