Now That Frank Rizzo Is Gone, Maybe It’s Time to Talk About Those Christopher Columbus Statues

With a Columbus statue thrown into a lake in Virginia and another beheaded — yes, beheaded! — in Boston, where does that leave Philly’s Columbus statues? 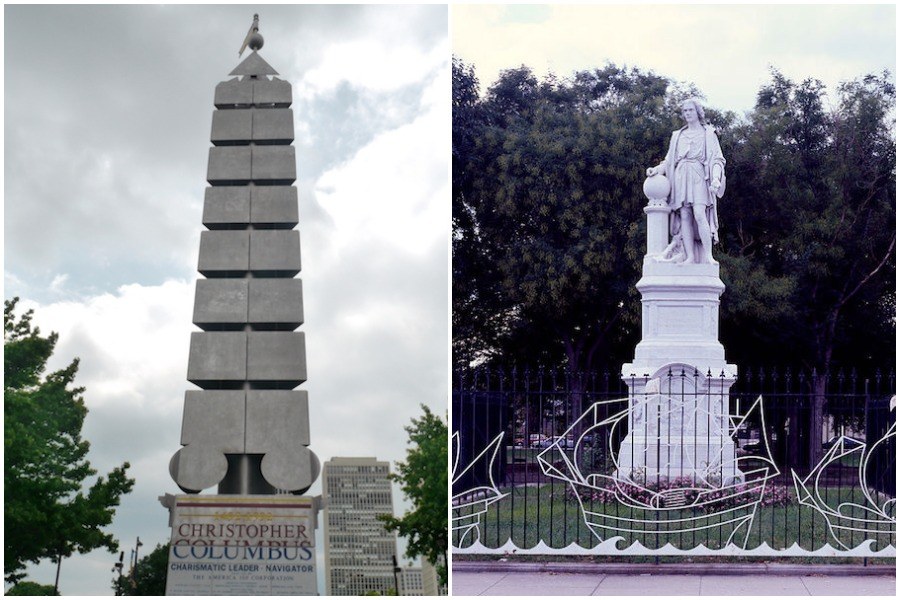 First Frank Rizzo. Are Those Christopher Columbus Statues in Philadelphia Next?

So now that the Frank Rizzo statue and mural in Philadelphia are gone, it makes me wonder: What’s the future of the Christopher Columbus statues here?

Philly is home to two such statues.

One is the butt-ugly Christopher Columbus monument at Penn’s Landing. That went up in 1992 via funds raised by such prominent Philadelphians as Vincent Fumo and Edward Rendell.

They somehow left out mass murderer and general evildoer. But I digress.

The other Christopher Columbus statue is down yonder in South Philly at Marconi Plaza. The statue was built in 1876 for the Centennial Exposition in Philadelphia, and it was later moved to South Philly. Vandals have defaced the statue in the past.

The statue at Marconi is on city land, and so city officials would have to make a decision to remove it — well, if Philly protesters don’t go the route of the Richmond protesters first. The monument on the waterfront is on land owned by the Delaware River Waterfront Corporation, which operates such trendy places as Spruce Street Harbor Park and Cherry Street Pier.

There was a campaign to remove the one on the waterfront back in 2015, but that kind of fizzled out. We’ll see if the current momentum for social justice can have more of an effect.

Meanwhile, the city continues to recognize Columbus Day as an official holiday.

Fishtown Gets Some New Street Art

On Tuesday, scores of people gathered in Fishtown to create some new street art. In this case, it’s literally “street” art. 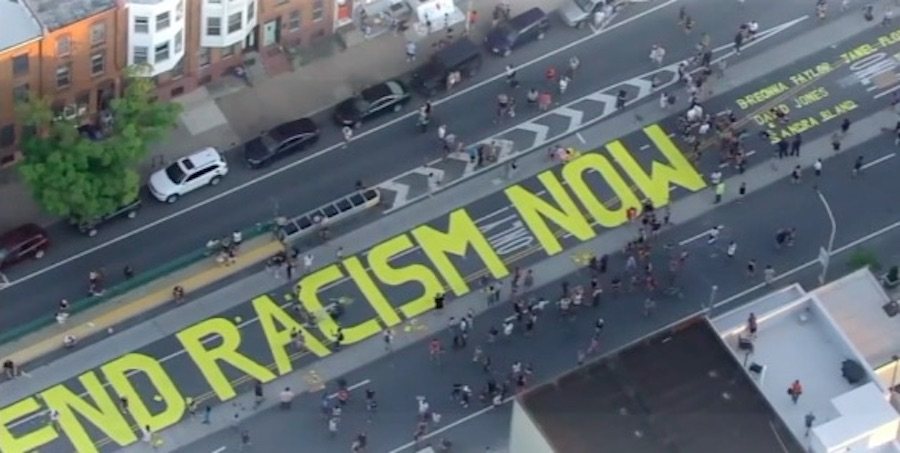 They painted “End Racism Now” on the street in front of the Philadelphia Police Department’s 26th District headquarters.

6ABC was on the scene:

Yesterday, I told you that 14 out of 17 members of Philadelphia’s City Council had sent a letter to Mayor Jim Kenney on Monday objecting to his proposed $14 million increase in funding to the Philadelphia Police Department. They also made a list of demands for police reform in Philadelphia.

Well, it didn’t take long for Kenney to react. On Tuesday, Kenney announced that he would not increase the police budget by even a dime. And he also committed to a series of police reforms that include updates to use-of-force policies and transparency regarding complaints against police officers, among other things. You can see his full statement here.