Good Riddance: The Frank Rizzo Statue Has Been Removed

In a statement announcing the removal, Philadelphia Mayor Jim Kenney called it "a deplorable monument to racism." 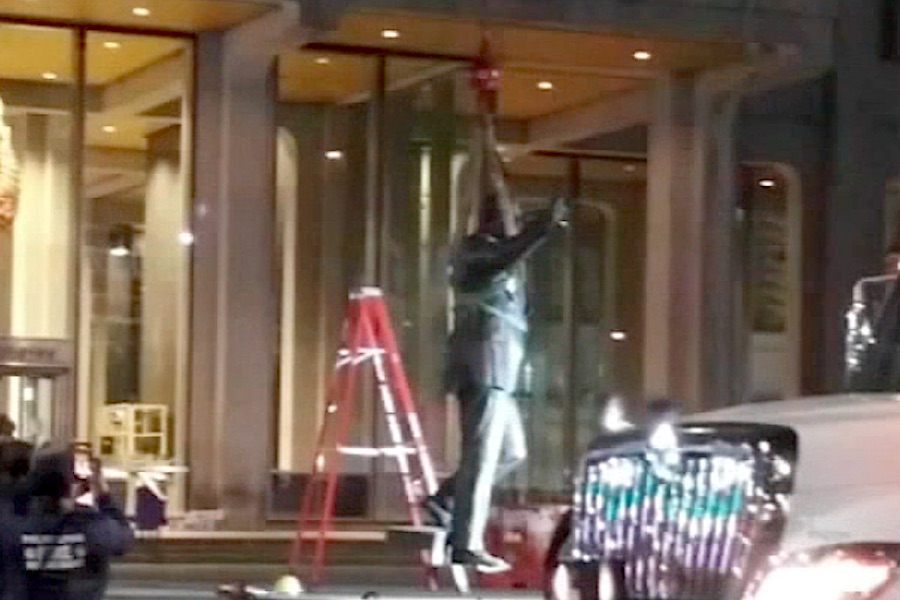 The Frank Rizzo Statue Is Gone

There hasn’t been much good news coming in overnight lately. But we finally have some to report: the Frank Rizzo statue is gone.

That’s right. When you went to bed last night, the Frank Rizzo statue still loomed large over the plaza outside of the Municipal Services Building. But now, it doesn’t.

In the overnight hours, as part of a closely-guarded plan, workers brought in a crane and lifted the statue into a truck: 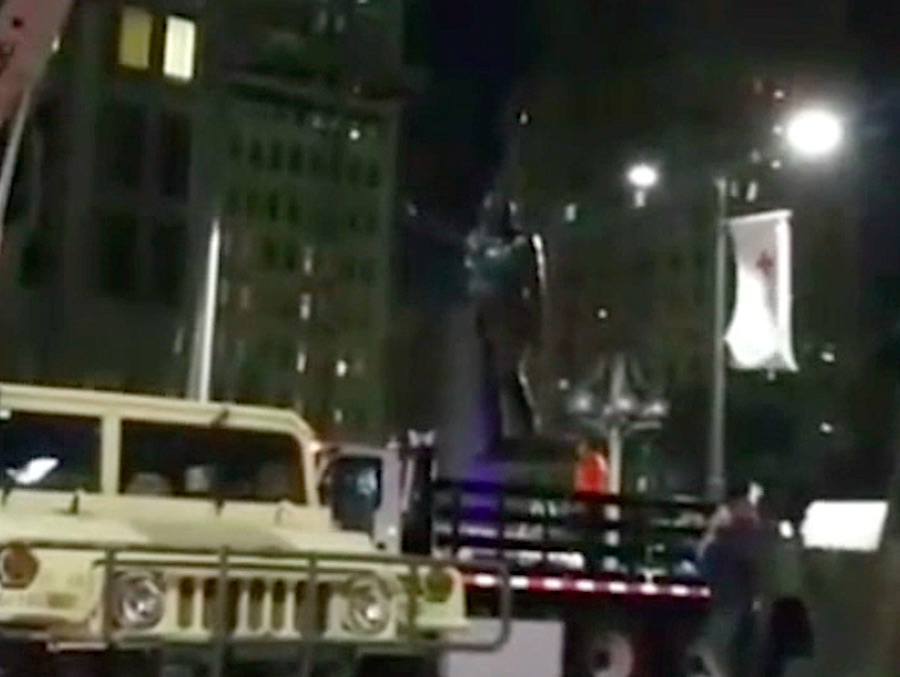 The Frank Rizzo statue being loaded into a truck by a crane. (Image via 6 ABC)

The statue’s exact whereabouts are currently unknown. Also unknown is what’s going to happen to it next. We’d suggest tossing it in the river but, you know, the river’s already polluted enough.

Calls for the statue’s removal have grown in recent years, and the city said that it would be removed in 2021 as part of a larger plaza renovation plan.

But earlier this week, amid the rampant George Floyd protests in Philadelphia and around the Frank Rizzo statue specifically, Philadelphia Mayor Jim Kenney said the city would remove it in about a month. Well, that month became a matter of days.

Following is a statement that Kenney released on Wednesday morning:

When we first announced our decision to move the statue, we chose to do so in a way that was cost-effective, by linking it to the pending renovation of Thomas Paine Plaza. That choice was a mistake — we prioritized efficiency over full recognition of what this statue represented to Black Philadelphians and members of other marginalized communities.

The continued display of the statue has understandably enraged and hurt many Philadelphians, including those protesting the heinous murders of George Floyd and too many others. I have seen and heard their anguish. This statue now no longer stands in front of a building that serves all Philadelphians.

The statue is a deplorable monument to racism, bigotry, and police brutality for members of the Black community, the LGBTQ community, and many others. The treatment of these communities under Mr. Rizzo’s leadership was among the worst periods in Philadelphia’s history. The battle for equal rights and justice is still being fought decades later, and our city is still working to erase that legacy. We now need to work for true equity for all Philadelphia residents, and toward healing our communities. The removal of this statue today is but a small step in that process.

Here is Kenney’s full executive order regarding the removal:

Order to Remove Rizzo Statu… by Victor Fiorillo on Scribd

6ABC has some video from the removal process:

With thousands and thousands of protesters flooding the streets of Philadelphia since Saturday, many have wondered how exactly that figures into a pandemic where you’re supposed to stay away from other people.

On Tuesday, the city issued guidance to protesters that includes a recommendation to self-quarantine for 14 days.

“Because of the large number of people that have participated in protest activities in Philadelphia, the Health Department believes that there may be an increased likelihood that participants may have been exposed to COVID-19,” reads an advisory from the city. “Try to stay away from other people for fourteen days. If you can’t stay at home, be sure to wear a mask properly and try to stay at least six feet from others. Get tested for COVID-19 seven days after having been in a crowd. Those seeking testing do NOT need to identify that they were at a protest but instead should say they were near someone who may have had COVID-19.”