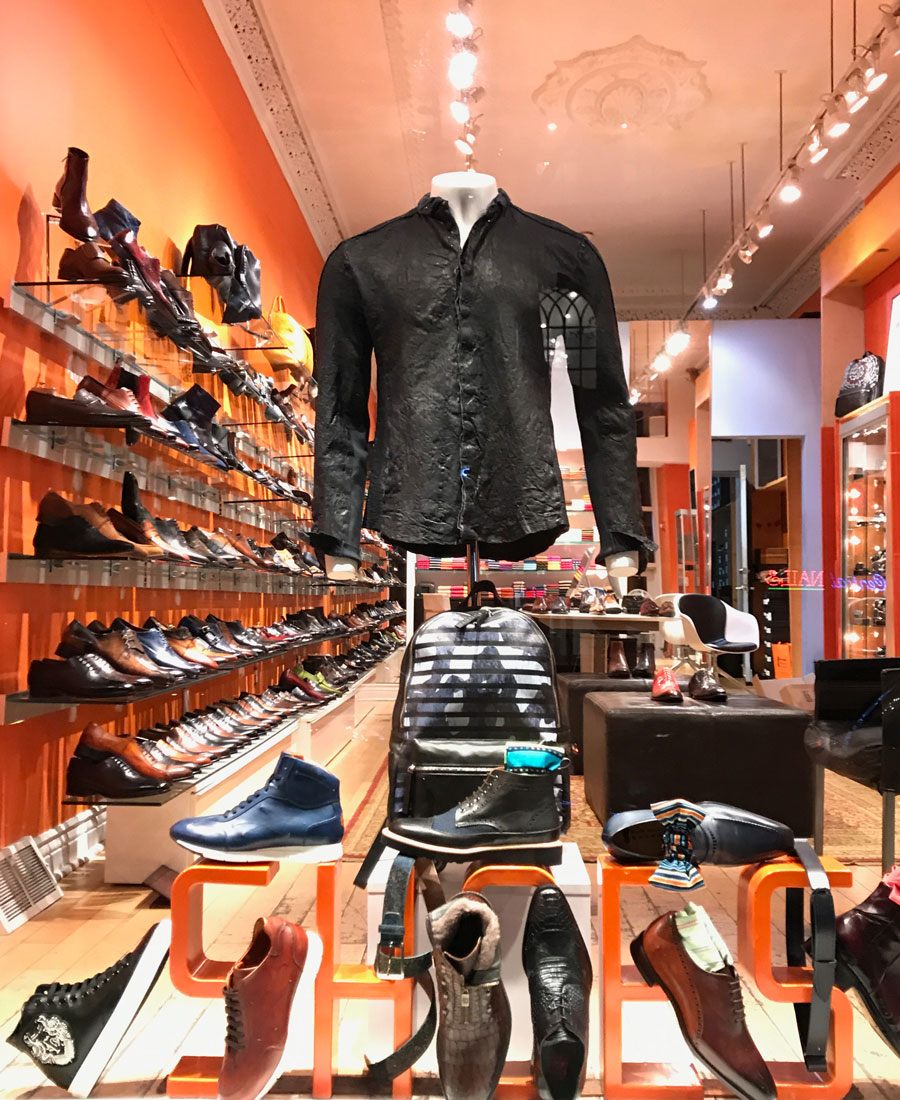 Below you’ll find black-owned businesses that were damaged and looted amid the riots — and what you can do to support them.

Steve Jamison’s men’s shoe and accessory boutique was set to emerge from the pandemic with a June 5th reopening, however, the Blue Sole Shoe owner now faces an unexpected setback. Over the weekend of May 30th, Jamison’s store was damaged during the riots (though he was able to protect his product by remaining on the premises to tell would-be looters that his business is black-owned). Jamison has run his business in Center City for 13 years, and hopes to reopen in the coming weeks. Though Jamison cannot process online orders yet, he encourages patrons to follow the store’s Instagram and Facebook as well as subscribe to the Blue Sole Shoes’ email list for latest updates on when the store will reopen so they can support him by shopping. “The financial support is always good. Tell people, tell a friend, that we exist, that we’re here; we’re trying to grow,” Jamison said. “We’re resilient, and we’re persevering, and help is needed.” 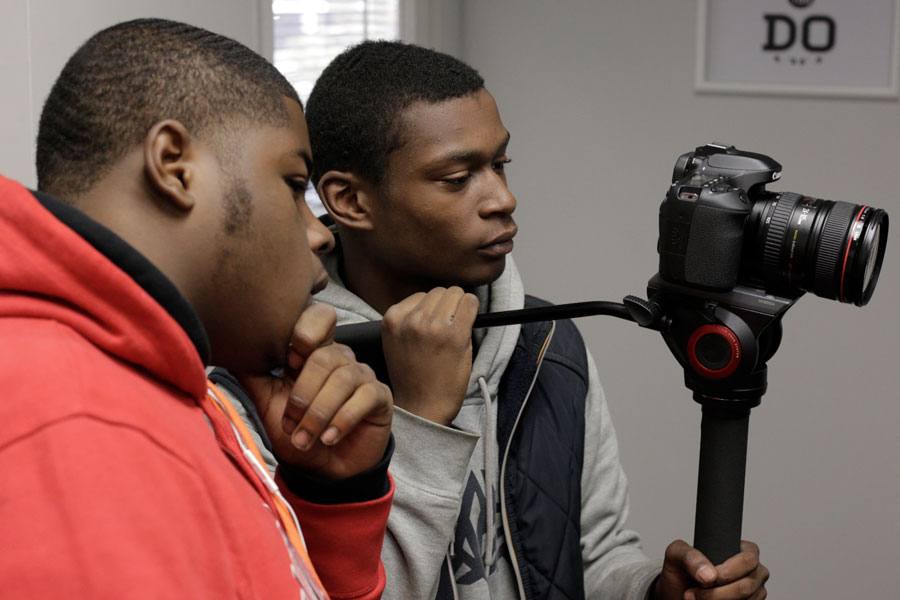 The OIC is a workforce development nonprofit company that seeks to help underemployed, homeless and disadvantaged youth and adults through education, training and job placement, among other services. Looters, seeking to break into an athletic store in the same building as OIC, broke through the buildings fire escape doors, garages, vans and storage facilities, damaging the OIC, according to CEO and president Judge Reneé Hughes. The OIC’s building has been closed since March 13th for the pandemic and has converted many services to online, however, for OIC to continue to operate, they must reenter the community, Hughes said. “We train people to get jobs and when the opportunistic looters damaged our building, they impact our ability to help people get jobs,” Hughes said. “That’s the challenge.” People can support the OIC by making donations and spreading the word about their services.

Silver Legends has been in business for over 20 years and sells local, handmade jewelry, vegan and genuine leather handbags, watches and more. After the store’s brick-and-mortar operation was closed due to coronavirus, owner Leon Scott continued doing business by filling online orders and promoting sales on the store’s Facebook and Instagram. The riots left Silver Legends’ Walnut Street location with broken windows and in-store damages after looters broke in and took the cash register and merchandise from the store. Scott said, however, that though people have offered financial assistance for repairs, he has not solicited organized donations because many other businesses may have seen worse damage. Scott hopes to resume on-site operations by the end of the month once the damages are repaired. Until then, the business will continue to operate through its website. “You can help small businesses by supporting them if they have an online presence,” Scott said. “We’re hoping that our business and other businesses in the city will be able to bounce back and that what is going on throughout the country will cause change for people of color.”

Smoke N’ Things sells vape and tobacco products in North Philly. At 22 years old, Elliott Broaster, a Temple alum, started the business near his college while still attending classes, according to Broaster’s Instagram. During the protests, the business’ windows were broken and the store was looted. To support Smoke N’ Things, Broaster encouraged his Instagram followers to contribute to the GoFundMe page “Restore Smoke N Things” which has already raised more than $16,000. “We already have to work three times harder than anybody to even get a seat at the table and even then we have to build the seat we sit in,” Broaster wrote in an Instagram post calling on protesters to protect black-owned businesses. 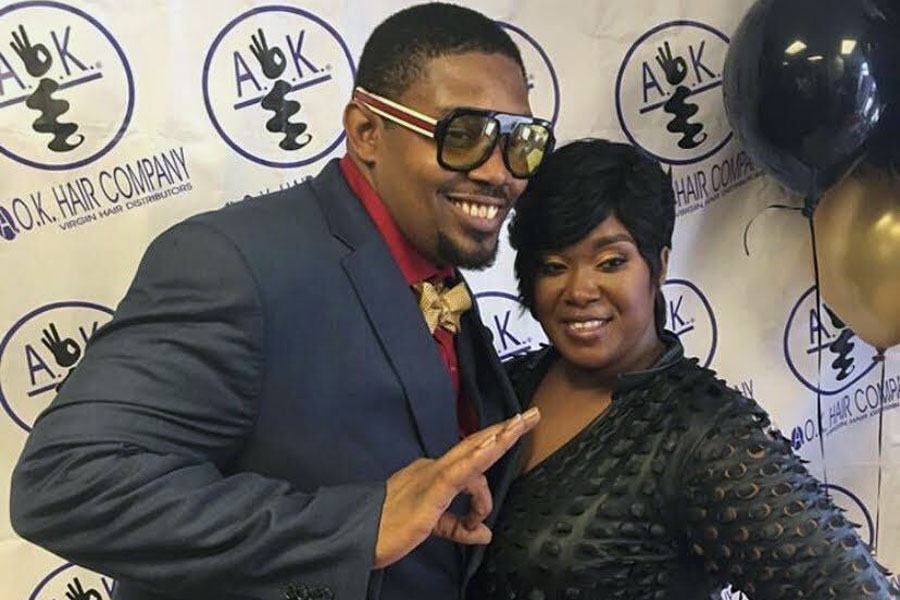 Philly natives Rasan and Melody Watkins own AOK Hair Company LLC. AOK manufactures high-quality hair extensions that they sell alongside other hair care products in their North Philly store. The company also fulfills the rest of their customers’ extension and natural hair needs. The business offers maintenance, custom color services, closure/frontal services and custom wig services as well as sells wigs and extensions among other hair products. On May 31st, looters broke AOK’s storefront window then stole almost everything in the store, according to Melody Watkins. “The people that have been murdered, just hearing their stories and hearing their families’ stories on social media and on the news, they were very peaceful people,” Watkins said. “We’ve been marching for our rights for years and destroying our own communities is not going to bring back their lives.” She says people can support her business right now through online purchases.

Larnell Baldwin opened his business 32 years ago in Queen Village. Fine Custom Tailoring provides tailoring and alterations services and sells an assortment of fabrics. After developing his tailoring business, Baldwin opened a fabric store and fashion institute where Baldwin teaches tailoring and pattern making. On May 30th around 8 p.m., looters broke into his Fine Custom Tailoring location through the glass window and stole some items while Baldwin was in the building. He said the theft and damage his business sustained was less than some of the other businesses he has seen, and that he is grateful for community members who have helped him clean up and offered their support. During the pandemic, the store served the Philadelphia community by selling face masks curbside, and Baldwin recommended that people support his business now by visiting his curbside business and purchasing face masks. “I’ve gotten a good bit of support from a lot of people out there,” Baldwin said. “If some of the individuals that want to support would like to just come and buy a mask and do something that is hopefully also going to save some lives and in return help a business as well from going out of business.”

South Jazz Kitchen and Green Soul are both restaurants in the Bynum Hospitality Group and are owned by brothers Robert and Benjamin Bynum. The two occupy the same building between N Broad St. and Mount Vernon St. and the protests resulted in more than 20 broken windows between the restaurants. While being repaired, the Bynum Hospitality Group is working with Mural Arts Philadelphia to hire muralists to paint messages of positivity over the boarded up windows. Restaurant manager Harry Hayman said the protests have not been the main thing curbing business recently, though. “We’ll go on, [the protest] makes our resolve even stronger,” Hayman said. “The main obstacle is going to be the whole situation with the coronavirus more so than the damage to the restaurant.” Locals can show support by taking advantage of the restaurants’ takeout services.

Tyree Ruff has pursued his dream of selling menswear for the past 12 years. His clothing store features modern menswear, with jeans, shirts, jackets and in Ruff’s words, what he knows the people like. Ruff said that on the night of May 31st, a looter broke through the store’s steel back door and a friend defended the shop until Ruff got there. Nothing was stolen, but Ruff is doing everything he can to stay afloat amid coronavirus. When Philadelphia begins reopening retail, Ruff said, the brick-and-mortar store will be back to its normal business hours of 10 a.m. to 7 p.m. every day. Ruff said he’s trying to “live with courage and fight the situation.”

Thank you so much to the many people who answered the call and joined us to clean 52nd Street today. It was a great show of community. Much work is left to be done in regards to supporting businesses and rebuilding, but we appreciated this morning’s positivity. Stay tuned for updates as the situation evolves. (And we apologize for any lapses in communication, but we appreciate all who have reached out to us over the last 24 hours.) #52ndSt #WestPhilly #Community

52nd Street faced damage and looting during the protests. The street is home to many black-owned street kiosks as well as brick-and-mortar stores. Robben Washington, advisor to the 52nd Street Vendors Association Board, said people can help restoration and rebuilding efforts by supporting local, state and federal reform initiatives. She also said they can speak out against racism in their communities and send donations to:

Additionally, The Enterprise Center, a nonprofit that seeks to support minority entrepreneurs and under-resourced communities, launched a fundraiser to help damaged businesses rebuild along the commercial corridor between Arch Street and Pine Street. People can also support 52nd Street by donating and shopping at the businesses already suffering from coronavirus closures once they reopen, according to Director of Community and Economic Development Jesse Blitzstein. “We understand the frustration regarding police brutality and the death of George Floyd, and we stand with those fighting inequality,” the Enterprise Center’s Support 52nd Street page reads. “We also believe in the power of community to rebuild in difficult times.”