In Philly, where only 2.5 percent of businesses are black-owned, these entrepreneurs have overcome more obstacles than most. Then came the pandemic, before civil unrest led to damage and looting of their businesses. 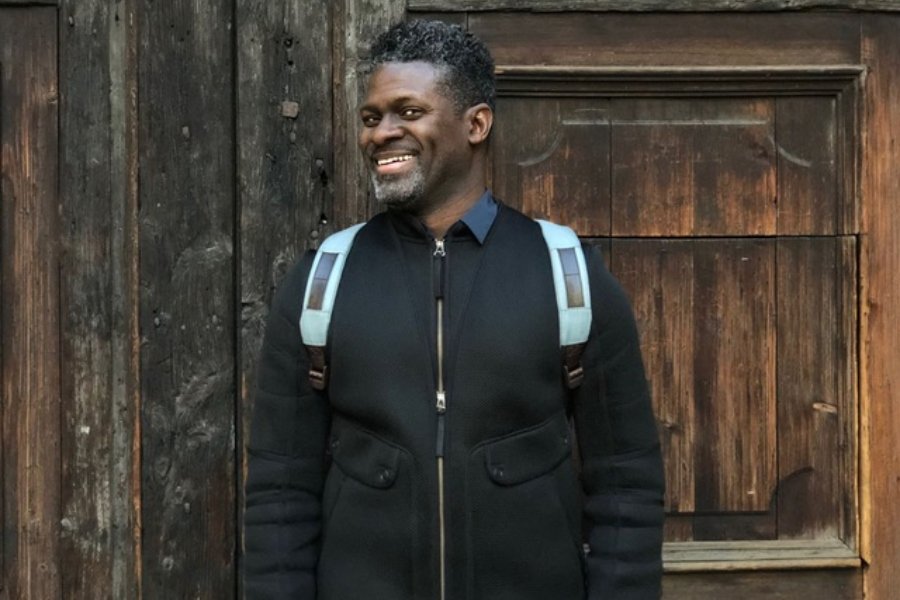 Steve Jamison is the owner of Blue Sole Shoes, located at 18th and Chestnut Streets. / Courtesy

“Meet the 2.5 Percent” is a bi-weekly series that features stories from entrepreneurs and business owners working to recover from COVID-19, as well as damage and looting during Philly’s civil unrest. If you are a black business owner and would like to share your story, please email [email protected].

While most white entrepreneurs can rely on personal or family savings or bank loans for start-up capital, according to the U.S. Census Bureau’s annual survey of entrepreneurs, black entrepreneurs rely most on personal credit cards, which tend to have lower funding limits and higher interest rates. In addition to lack of access to personal or family wealth, the survey found black entrepreneurs are almost three times more likely than whites to have profits negatively impacted by their lack of access to capital and are more than twice as likely to be negatively impacted by the cost of that capital.

The differences in access to finance between white and black entrepreneurs is important because wealth supports audacity; it inspires would-be entrepreneurs to take career risks and it provides young entrepreneurs with a safety net for temporary setbacks and unexpected loss. This is why black business-owners in Philadelphia were dealt a particularly difficult blow when, after weeks of having their shops closed under COVID-19 restrictions, many of their businesses sustained damages and loss from looting during the recent riots and ongoing protests about police shootings and racial inequality.

In Philadelphia, where only 2.5 percent of businesses are black-owned, these black business owners who’ve overcome historic systemic threats to their existence, demonstrate the power of persevering against all odds.

Every other week, we’ll highlight members of in Philly’s black-owned business community whose stores have been damaged or looted, so you can get to know and support them. 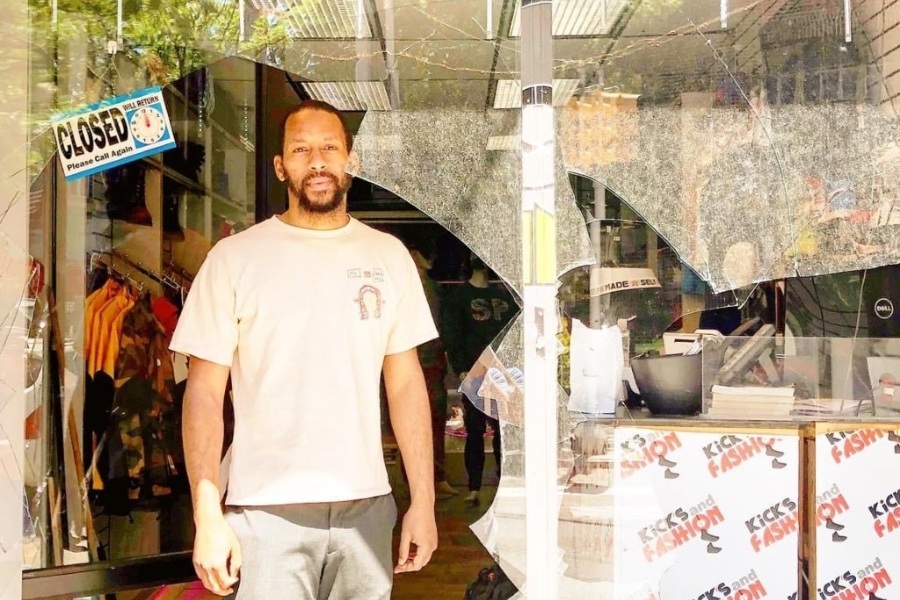 Dru Major is the owner of Kicks and Fashion, located at 1832 East Passyunk Avenue / Courtesy

Dru Major, 32, is no stranger to building a business from the ground up. He and his partner Bill Bailey started Kicks and Fashion clothing store with money saved from several years of selling clothes and sneakers out of the trunks of their cars. One of the biggest hurdles they faced early-on was finding a storefront in an attractive location that was also within their financing range. In 2017, they found the perfect place to launch: a quaint little storefront with desirable foot traffic on East Passyunk Ave. The business has since become a pillar of the South Philly community, hosting annual coat and bookbag drives to support low-income families.

“What was once a dream for us is now a reality,” Major said. “Being a part of a community and providing a service doing something we love, is what’s most important.”

After being closed for eight weeks due to COVID-19, Major had just reopened his store on May 26th. Two days later, as the riots reached a fever pitch, Major’s store was broken into and looted. The storefront’s windows were smashed and thousands of dollars’ worth of merchandise was stolen. But Major says he’s not angry with the looters.

“I was not angry, I was heart-broken more than anything,” he said. “I understand the reality of the situation. We are in turbulent times. People are hurting, people are tired, and frustrated, and want to be heard.”

Since then, Major says neighbors have pitched in to help clean up the wreckage and others have made donations to help them get supplies to repair damages. (You can donate to support the repairs here.)

“Although this situation was unfortunate, it has been a blessing in disguise,” Major said. “It’s been nice meeting new neighbors and people that love and appreciate what we have to bring to the community.” 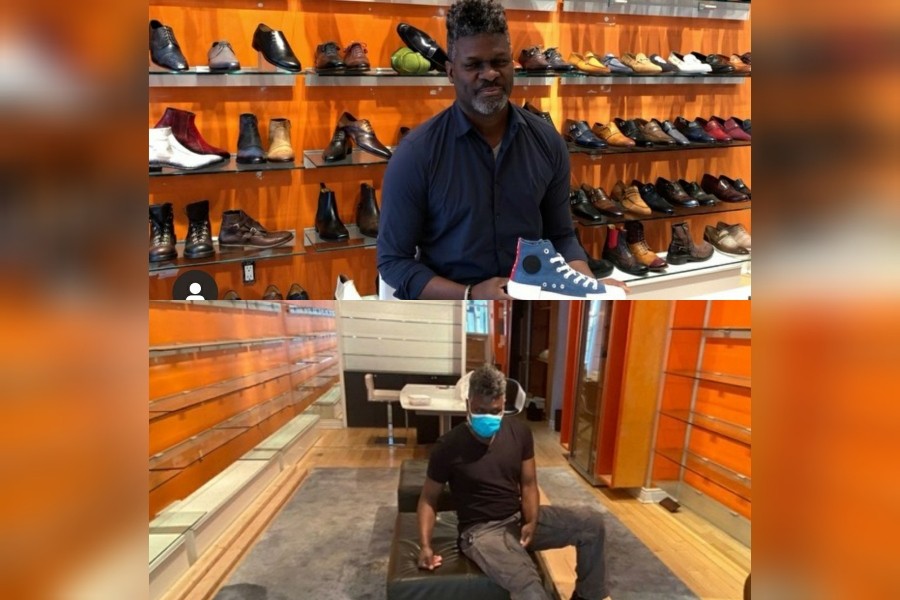 Steve Jamison is the owner of Blue Sole Shoes, located at 18th and Chestnut Streets. / Courtesy

As a kid growing up in the Nicetown section of Philadelphia, Steve Jamison, always saw shoes as a symbol of success; the nicer and more expensive your shoes were, the more successful your family was considered to be. His childhood dream was to own his own shoe boutique.

In 2007, he made that dream a reality when he secured a home equity loan and combined his personal savings and credit cards to open a high fashion footwear and accessories boutique, Blue Sole Shoes on Chestnut Street in the heart of Center City. In addition to learning how to navigate international shipments and create redundancies for his business’ computer systems on the fly, Jamison says the biggest hurdle he faced was pushing past the fear of losing his home if the business failed.

“There are so many components to business ownership that you can only learn on the fly,” he said. “You quickly discover that you have to adapt, or you’ll make mistakes that you can’t recover from.”

Blue Sole Shoes has seen many years of success with Jamison being honored by the footwear industry’s leading international trade fair in Milan as “Best Italian Foreign Buyer” in 2015, and a storefront expansion in 2016. Now, between the pandemic and the May riots, Jamison is preparing for the long path ahead to recovery. Like many other non-essential businesses, Jamison’s store suffered losses when it had to close due to coronavirus restrictions.

His storefront sustained some damage in the riots, but because he stayed at his store and was able to tell looters that his business was black-owned, most of his product was spared. (You can donate to the store’s repair here.) He’s since boarded up the shop and packed his merchandise away for safekeeping, as protests linger on. But his passion for helping others boost their self-esteem through fashion remains.

“Putting on my first pair of designer shoes as a kid drew so much attention and praise from others around me that I felt a sense of elation that I still reflect on today. Even today, at 54, when people compliment me on my shoes, I feel that same goodness,” he said.

“How you dress is a reflection of how you feel inside, but it also works in the reverse. Putting on nice clothes, getting your hair done and wearing nice shoes lifts your spirits and makes you feel good about yourself. I want others to experience that for themselves.” 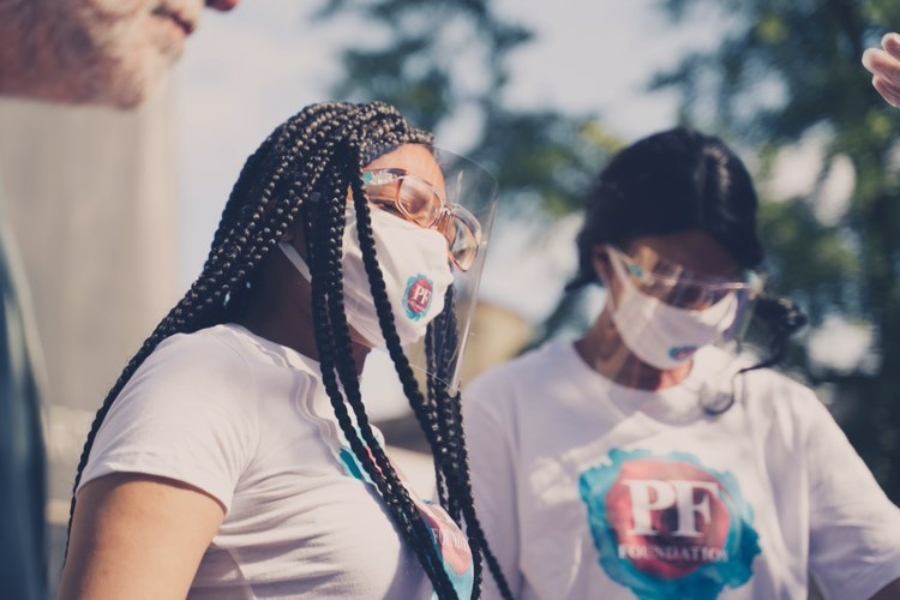 Crystal Jackson, 32, became a business owner because she wanted to inspire other young black women in her neighborhood to go after their dreams. She began selling clothes online seven years ago but knew she wanted more. So, for a year, Jackson spent hours upon hours in the library, researching business strategies and tips for becoming an entrepreneur until she’d learned enough to develop a five-year business plan,

With her business plan in tow, Jackson used funds saved from her day job working at a Behavioral Hospital and donations from family and friends to open a storefront for Perfectly Flawless boutique in Germantown in 2014. A few months after opening her boutique, Jackson used her storefront as a platform to give back to her community through back-to-school supply drives, free business mentor programs, toy drives and more. Last year, she launched an initiative to give her clients a percentage off of their purchase from the boutique if they donated their unwanted, gently worn clothes to those less fortunate. The initiative, now known to local residents as ‘Free Clothes Thursdays’ has become a mainstay for the community.

Her store was vandalized during the May riots, leaving hundreds of dollars in damage and, fortunately, minor loss of merchandise. (You can donate to support the repairs here.) But Jackson says it’s challenges like these that encourage her to keep going.

“My favorite saying is ‘don’t try to skip the struggle,’ that’s where character is built,” she said. “That’s why I remain true to my mission no matter what happens.”