Saturday’s demonstration-turned-riot shows that Philadelphia has yet to seriously reckon with its racist history and pervasive inequity. 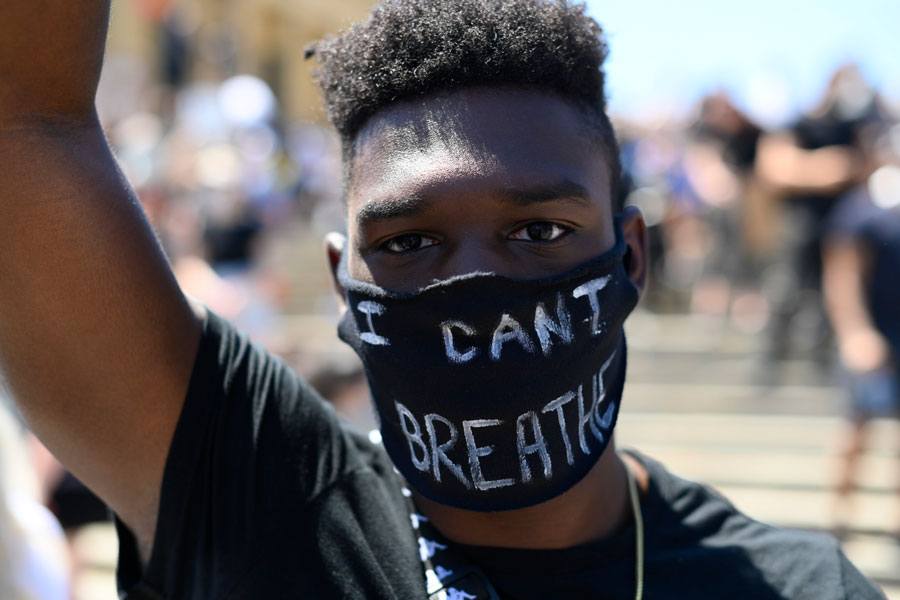 The Merriam-Webster dictionary defines a riot as “a tumultuous disturbance of the public peace by three or more persons assembled together and acting with a common intent.”

On Saturday, thousands gathered in the City of Philadelphia with a common intent that was tumultuous, yet righteous.

The recent extrajudicial police killings of Black people such as George Floyd, Breonna Taylor, and Tony McDade sparked a nationwide public protest in major cities demanding racial justice, equity, and equality. Philly was no different, with what many would describe as a peaceful protest that turned into a violent riot. What began with people taking a sacred knee in public to reflect on the lives lost would eventually lead to police cars being burned, the infamous Rizzo statue being defaced, cops being injured, and Center City stores being looted.

Curfew has been lifted in Philadelphia — and people are coming out to see the damage along Walnut St. Most storefronts looted, debris everywhere. Security alarms still blaring @NBCPhiladelphia #phillyprotest pic.twitter.com/zypwggvTI5

“The anger being displayed now and this afternoon cannot and will not continue,” Mayor Jim Kenney said during a press conference on Saturday night. “We all have reasons to be deeply disturbed by systemic racism that has plagued our society for far too long, and we are justified in our anger when another unarmed black American’s life is cut tragically short at the hands of the police. But what has taken place today in our city and across the nation is unacceptable. None of today’s acts of violence or damage to property will do anything to restore faith and trust between the police and communities of color.”

But Philadelphians have made their voices loud and clear: They are fed up with how racism in this city has been poorly addressed. This riot was the unfortunate last resort after years of civility received a blind eye. This was the long-awaited wake-up call from the have-nots to the privileged haves of this city.

When do residents actively damage an area that is supposed to be their home? Answer: When a home has not actually been one to them.

For decades, Philadelphia has not been an equitable home for Black and brown people compared to their white neighbors. Philly has an embarrassing income inequality gap that segregates, marginalizes, and reduces opportunity for Black people in the poorest major city in America. Our public schools, which serve a majority Black and brown student population, are littered with asbestos, toxic water, a lack of counselors, and other resources. The City’s government depends on lower-income communities to consume sugary beverages in order to fund its future via a counterproductive — and failed — soda-tax.

Meanwhile, Philadelphia continues to give second chances to one of the most racist annual public parades in the nation. Kenney has reneged on his pledge to end racist stop-and-frisk policies. The bigoted legacy of former Mayor Frank Rizzo remains intact with a statue that has yet to be removed. In 2018, Philly police wrongfully arrested two innocent Black men at a Starbucks in Rittenhouse. The current murder trial of an ex-Philly cop is still being delayed after he was charged for shooting a Black man during a traffic stop in 2017. (It should be noted that the case is the first time in 20 years that a Philly cop has been prosecuted over an on-duty shooting.)

The busted windows, graffitied buildings, and burned property (including the Starbucks in Dilworth Plaza) were the ultimate cry from a city that’s had enough. It says something about society and capitalism that it takes the rage of material things being destroyed in order for the wealthiest and most powerful in the city to pay attention. Those who have been declaring “this isn’t the solution” have ignored the more peaceful solutions all along.

The peaceful solution was when many of us supported former NFL player Colin Kaepernick for taking a non-violent knee against police brutality — and he still got blackballed. It was when Black and brown activists over the years called for the Rizzo Statue to be taken down — and it still remains. Or when former Mayor Wilson Goode called on the city to give a formal apology for the government-authorized MOVE bombing in 1985 that killed 11 Black people, including five children — a step the Kenney administration says it has no plans to take.

Combine the dismissal of these fair demands with the ongoing systemic and institutional racial disparities in Philly, and  the most marginalized in this city feel like they have few options. A helpless community has been pushed to the brink.

The damaged property in Center City will be repaired — insurance on those commercial properties will likely lead to a speedy recovery. I’m glad no lives were lost, and I have no desire to see more violence. It needs to end. But it’s important to remember that all of the Black lives lost to this city’s neglect can never be replaced — unlike like the buildings some in this city choose to mourn over.

All of this reminds me of the great racist hypocrisy that is Philadelphia. In 2018, when the Eagles were headed to the Super Bowl, I criticized the double-standard of how their fans were embraced for destroying Center City property in celebration — just like they did back in 2008 when the Phillies won the World Series. I remember getting a lot of hate mail from mostly white Philadelphians telling me that I “missed the point,” “this is something special,” and that I was a “killjoy” for complaining.

The tactic of Philly police today is to use their bodies to form barriers around city buildings/not confront protesters, though tear gas has been used to disperse ppl. But why didn't they do this in 2018? I captured this the night the Eagles won the Super Bowl. #phillyprotest https://t.co/zaFn6VpBrY

funny how when the eagles won and fans tore down the city, turned over car, set things on fire but they weren’t getting hit w clubs, but for protesting against the racially motivated death of george floyd they’re getting hit. #phillyprotest

After these more recent meaningful acts of destruction, all I can say now to such critics is oh, the irony.