When the vast amount of equity, wealth, and resources are controlled by a city’s racial minority, it’s time to start asking why. 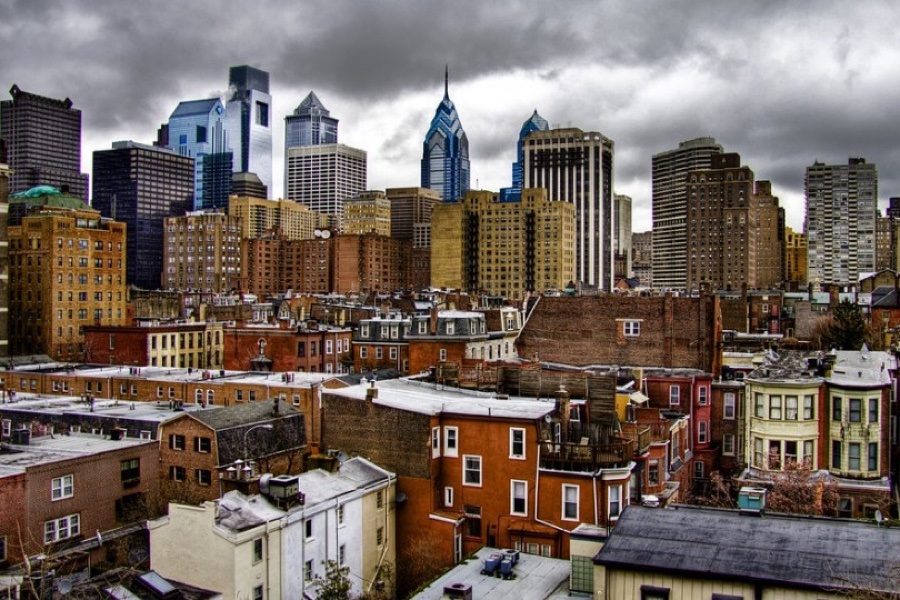 Since moving to Philadelphia nearly a decade ago, I’ve never understood why people have embraced the term “majority-minority” as a way of describing the city.

Sure, I get that such terminology is a way to denote that a majority of the city’s population is comprised of racial groups that are minorities elsewhere in the country — but its usage also perpetuates the racial inequity that’s long been part of Philadelphia.

Despite nearly 30 years of people of color being in the majority when it comes to population, Philadelphia has yet to seriously address the disparities that disproportionately impact them. There has been no major improvement in poverty; biased stop-and-frisk policies still linger; and we’re witnessing intense racial segregation via gentrification. With just one exception (which I’ll talk about), people of color are underrepresented institutionally in a city in which they have the highest population.

Being treated as a minority in a city where you are the majority is an experience Black and brown people grapple with on a regular basis. Which is why there is no other way to describe our city as being anything less than an apartheid state.

Apartheid is defined by Merriam-Webster  as “racial segregation,” referencing the historical undertones of “a former policy of segregation and political and economic discrimination against non-European groups in the Republic of South Africa.”

During the late 20th century, South Africa had a predominately Black population that was marginalized in terms of equity, wealth, and resources. Although white South Africans were the racial minority, they were more affluent, held an absurd amount of influence and control in the region, and enforced mass discrimination and segregation. It would take ongoing political unrest and international pressure to eventually develop a fairer distribution of political power, which ultimately helped resolve civil conflict in South Africa.

Back home in Philadelphia, our current state of affairs has similarities to South Africa’s apartheid past. In terms of wealth and resource distribution, people of color are far behind in terms of access and representation, despite making up 66 percent of the city’s population. A recent Pew Charitable Trusts report titled “State of the City” notes that only 2.5 percent of businesses in Philly are Black-owned (despite Black people making up 43 percent of the city’s population). Meanwhile, white people — just 34 percent of the population in Philadelphia — are overrepresented in terms of municipal employment, healthcare, education, wealth generation, property-ownership, business growth, and more.

Translation: Unlike most underrepresented racial groups, white people’s minority status doesn’t equate to being socio-economically marginalized in this city.

The one major difference between Philadelphia and South Africa is in the realm of politics; most of the elected officials in our city are of color. From City Council members to state representatives, Black and brown people take the lead. And prior to Mayor Jim Kenney, the city had 16 consecutive years of Black mayoral leadership under the back-to-back terms of John Street and Michael Nutter. Given that long, rich history of diverse political leadership, one must then ask: why haven’t those accomplishments translated to equity within communities of color?

My personal guess: The institutional power players outside of City Hall who heavily influence policy don’t look like the very legislators who actually make the decisions. Politicians of color in Philadelphia are being influenced by predominately white CEOs, labor leaders, developers, and lobbyists, who hold a disproportionate amount of capital in the city, contribute to campaigns, and have the ability to make or break political leaders.

For example, one can easily argue that the reason gentrification and the massive displacement of impoverished people of color across the city hasn’t been seriously addressed is because of the clinched relationship between Black politicians and white developers. In Point Breeze, where Black residents are constantly in uproar about the massive gentrification in the area, their Council representative, Kenyatta Johnson, has raised more money than any other Council candidate with over $500,000 in financial contributions. According to recent numbers, many of Johnson’s campaign donors are from the real estate and building industry (more than 30 percent). It’s hard to ignore the level of influence such money could possibly have on an incumbent running in a contested race.

If you’re trying to figure out why much hasn’t been done in holding the building trades more accountable in diversifying their overwhelmingly white workforce — go follow the money. Philadelphia’s 50-plus construction labor unions are predominately white (an exception is the Laborers District Council Local 332, where people of color are a majority), and these unions are part of the city’s largest and most powerful of campaign finance sector. Perhaps that’s why it’s so hard for institutional change to happen outside of City Hall — those who hold the money and influence racially differ from those who hold elective office.

Which overall suggests that if this city doesn’t implement radical and immediate policies to address these disparities head on, we will continue to witness a devastating urban apartheid that’s already shaping up to be more embarrassing than South Africa — at least given that we already have the wherewithal and political power to fix it.

The late humanitarian Nelson Mandela said it best when he remarked: “The idea that any people can be inferior to another, to the point where those who consider themselves superior define and treat the rest as sub-human, denies the humanity even of those who elevate themselves to the status of gods.”