The lawyer who defended Joey Merlino and Gary Heidnik blames DA Larry Krasner for the city's surge in gun violence. 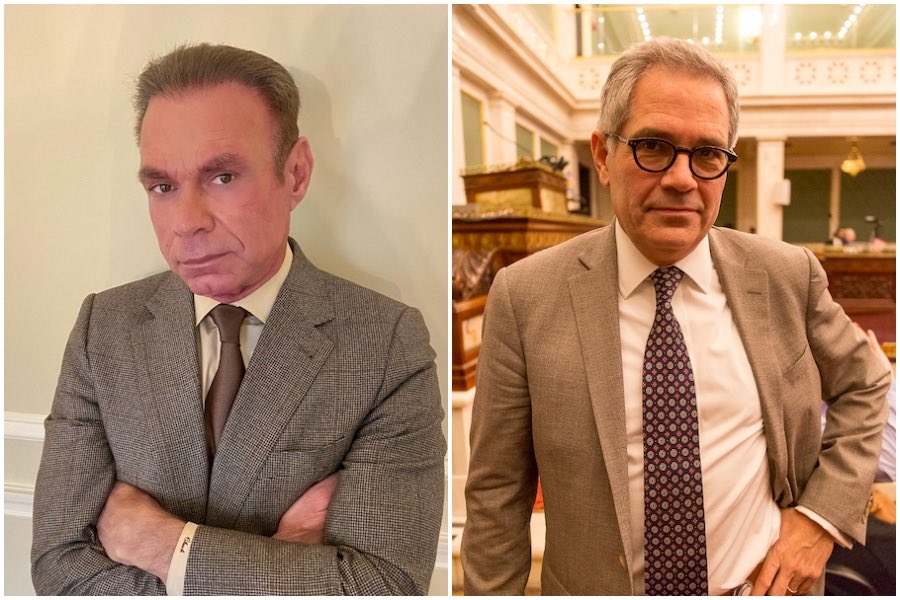 It was close to a year ago when high-profile criminal defense attorney Chuck Peruto first told us he was considering a run for Philadelphia district attorney, unhappy with the performance of DA Larry Krasner, who got his vote in 2017. And now, with the primary coming up in May, Peruto says he’s ready to make it official.

“I’m officially declaring on Tuesday,” Peruto tells Philly Mag. “And this is not a run for my ego. This is for the city.”

Peruto is a Republican (“But I’ve never been a Trumper!” he insists), which is how he’ll run in the primary, presumably unopposed. Then, in November’s general election, he would face the winner of the Democratic primary.

Peruto expects Krasner to defeat Vega, in part because Krasner has the ability to raise lots of cash, including from the likes of John Legend, the founder of Zillow, and the wife of Netflix’s CEO.

Krasner also has the advantage of garnering lots of press, including nationally, for his reforms, which are either progressive or soft on crime, depending on whom you ask. And Krasner just so happens to be the subject of a major PBS docu-series set to debut just one month before the primary. In terms of name recognition, he can’t be beat.

“Carlos would make a tremendous DA if he could only get organized,” observes Peruto, who adds that he won’t actually campaign against Vega should the Democrat pull off a victory in May: “I am Philadelphia’s insurance policy in case Carlos can’t beat Larry Krasner.”

While Krasner wants to end mass incarceration and has eliminated cash bail in many, many cases, Peruto is presenting himself as a law-and-order candidate. “The public is sick and tired of criminals preying on them,” he says. “There’s so much gun violence.”

Peruto says that Krasner’s policies have set up a “revolving door” for criminals. “If I win, there won’t be any more plea bargains if you’re charged with a shooting or other gun crime,” he declares. “I will use part of my budget to put up ads all over the city saying that if you walk out of the house with a loaded gun and no permit for it, you will get two years in jail. That way, nobody can say they didn’t know it was illegal. No more excuses.”

Peruto knows a thing or two about criminals, having spent decades defending them. Some of his more notable clients have included mobster Joey Merlino, killer and serial rapist Gary Heidnik, and, more recently, pot party enthusiast N.A. Poe and Sean Kratz, the cousin of Cosmo DiNardo.

And Peruto himself was under investigation after a young woman was found dead in his bathtub. Then-district attorney Seth Williams wanted to go after Peruto for any involvement he may have had in her death, but a grand jury concluded there was no evidence against Peruto. In true Chuck Peruto form, he responded by publicly calling Williams a “fat prick.”

Peruto can start circulating and filing nominating petitions next week — that’s what’s needed to actually get your name on the ballot — and he’s putting together an advisory committee. So far, he says, he’s working with high-profile lawyer Richard Sprague, former district attorney and former chief justice of the Pennsylvania Supreme Court Ron Castille, former Pennsylvania Supreme Court justice Sandra Schultz Newman, and former deputy police commissioner Joe Sullivan, who abruptly resigned in January after more than 30 years on the force.

One person who isn’t exactly thrilled with the idea of Peruto running for DA is his wife Lindsey, who’s 33 years his junior.

“She hates it,” Peruto laments. “We’re out here having fun, living the good life, and now this. But I was born and raised here, and I think this city can be fixed. This is my last hurrah.”