If Biden Wins the White House, Here’s What He Owes Philly

The Democratic presidential candidate has pulled out all the stops in his push to win in the City of Brotherly Love. But what does that leave us with when the fliers and campaign surrogates disappear? 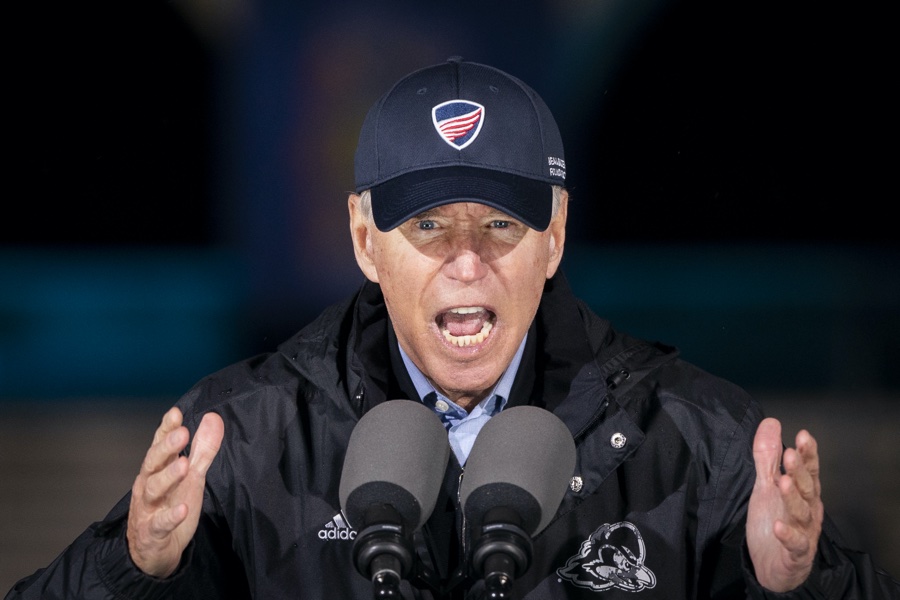 Election Day is finally here, and — as you may have heard somewhere — it all comes down to Pennsylvania.

In 2016, Trump did what seemed unthinkable: He flipped the Commonwealth red despite most polls showing Hillary Clinton with a comfortable lead. One big factor was that Philadelphians didn’t show up to the polls for Clinton the way they had for Barack Obama. Which would seem to make Philly — with its huge, overwhelmingly Democratic population — the tipping-point city in the tipping-point state. If Biden brings home the Philly votes the way Obama did in 2008 and 2012, the conventional wisdom goes, he’ll win Pennsylvania.

In other words, it’s Election Day in Pennsylvania, and it all comes down to Philadelphia.

The City of Brotherly Love could end up where Florida did in 2000. Trump has been using the courts to scrutinize voting practices and preparing his supporters for battle with the warning cry “Bad things happen in Philadelphia.” Meanwhile, Biden and his entourage — Barack, Kamala, Jill — have been spotted here so frequently, you’d think they were shooting a movie. It feels like 2016 all over again, when Clinton began flooding the city with her most prized surrogates.

Ultimately, in 2016, Clinton’s loss was Philly’s loss, and Trump’s presidency has been a pain in our ass ever since. Four years later, however, we have another shot. And if you believe the polls, Biden could actually win this thing. As cautiously excited I am for the current Failure-in-Chief to exit, I’m also wondering what, exactly, our city will get if he does. If Biden wins the White House, he owes Philly big-time. Ours is the scrappy town that has to overperform in order to save the nation from itself. While some observers are crossing their fingers that Texas or Georgia might turn blue for the first time in forever, Philadelphia coming through is a more realistic possibility, because, well, we’ve come through fairly recently. Considering all that our city has endured — massive poverty, an encampment crisis, ongoing racial unrest due to undesirable policing — we deserve a payoff if we deliver. If he hasn’t started already, Biden had better start a working draft document just for addressing our needs.

First, Biden needs to consider providing us with massive federal assistance to address our current poverty and homelessness crises. Philly is the poorest major city in the country and struggles with massive socioeconomic segregation and wealth disparity. In a town that’s majority Black and brown, this impacts us along race and class lines. A Biden administration should measure its progress on these issues by how well Philadelphia improves in these areas. Prioritizing our public education system and issuing more federal grants will improve our current condition. The fact that our city had to tax working-class people’s soda to fund pre-K and recreation centers should be the ultimate signal that we deserve better.

Second, Biden needs to step up and address the rising gun violence and policing problems facing our communities. Philadelphia is second to Chicago in homicides, and Black men are largely victims of this public health crisis. A President Biden would need to push for legislation that tackles gun control head-on and use cities like ours as examples in a public awareness campaign for change. In terms of policing, Biden needs to admit that police unions aren’t his allies and crack down on the problematic “law and order” tactics that have only escalated extrajudicial police killings. Biden should also attempt to improve his image with Black men, who, according to the polls, aren’t supporting him as vigorously as they have previous Democratic presidential candidates. A Biden administration must address the criminal injustice that constantly targets them and their families.

And lastly, Biden needs to begin to elevate Philly politicos on the national scene. If Pennsylvania is a battleground state and Philadelphia is its oyster, why aren’t we better represented in presidential cabinets and appointments? Biden definitely owes a few favors to some of our most familiar elected officials (looking at Congressman Dwight Evans and his Northwest Coalition). Having Philly better positioned politically at the federal level would ensure that our issues don’t fall through the cracks. When Obama was elected president, it was impossible to miss the influence of his hometown of Chicago on his power circle. As president, Obama had at least 16 Chicagoans in high-profile administration jobs. Biden had better start compiling his Philly list of influencers right away.

Our city has come too far to get sold short on the deal. Philly volunteers have been working tirelessly to get out the vote despite a spike of COVID cases, reawakened racial uprisings in our streets, and Proud Boys intimidating our citizens. This is our moment to finally reap the rewards for our undeniable spirit and underdog effort. I’m hoping (and praying) for a Biden victory, but even more for a Philly come-up. We deserve it.