White support for Black Lives Matter has been declining as we get closer to Election Day. Could a retreat to empathy — instead of the pursuit of more radical demands — be to blame? 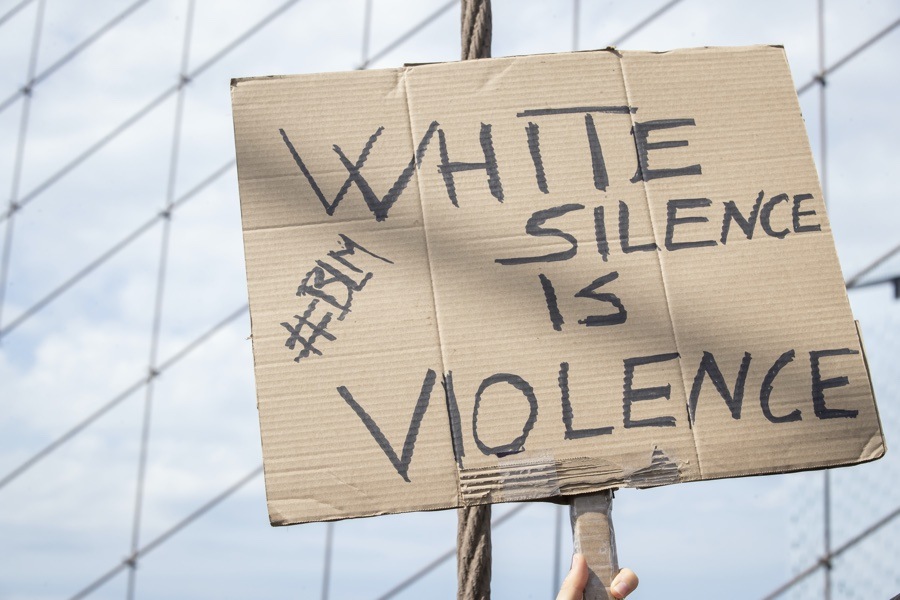 At the start of the summer, white people’s interest in Black Lives Matter grew during the George Floyd protests. But I didn’t believe them.

As we enter the fall, with less than eight weeks until Election Day, I regret to say that I told you so.

The latest national polls are showing that support for the intersectional social justice movement is noticeably declining, largely among white Americans. Data shows a correlation between a drop in cable news coverage of the protests and white people’s dwindling support for the causes behind them. In other words, when the cameras stopped rolling, so did white people’s desire to keep the momentum going.

To better understand this phenomenon (beyond feeding into my own cynicism), I did the more direct thing: I called up my white friends and asked them what in the hell was going on.

“Feed fatigue,” one of them told me confidently. “People are just logging off and running away from addressing it altogether.”

In some variation or another, that was pretty much the gist of what several of them said to me. Feed fatigue (more properly known as social media fatigue) is pretty much defined as users feeling overwhelmed with the content they are consuming to the point where they eventually disengage from it altogether. For some white people, it appears that the constant stream of black boxes, graphic police brutality videos, memes calling out white privilege and more really made them feel exhausted to the point of running back into their safe spaces of complicity.

Some critics have gone online to appeal to their white peers to do better, providing visual aids on why now isn’t the time to “return to normal.”

〰️ This is to my white friends with feed fatigue. I’m hoping that we can speak frankly for a moment. 〰️ A call for sustained attention and care. . #blacklivesmatter #whitefatigue

But it’s clear that efforts to reverse this trend haven’t helped much, and now we’re losing momentum in the fight for racial justice precisely when we need it most. Yes, white people are simply doing what they have been doing every time a movement trends worldwide: They love it, then they leave it.

And yet, it hurts differently this time. We remain squarely in the middle of a devastating pandemic, our most iconic freedom fighters are dying, police brutality is still happening — and white people are still centering themselves in a world in which they are the safest. This hurts because any “fatigue” pales in comparison to the actual trauma being inflicted on Black and brown people.

There is no other way to put this: White people are now making emotional excuses for choosing to remain racist. At this point, to remain complicit and ignore white supremacy for one’s own personal guilt/fatigue is to be an accessory to a hate crime. Feeling overwhelmed and anxious because you’re being held accountable, being called on to be a better person, should never justify a return to committing the same offenses — unless that’s exactly what you wanted to do all along.

What’s gone wrong this time? My wild guess is that radical efforts got hijacked by the predictable calls for empathy.

When calls to defund the police and reduce policies that reinforce state-sanctioned violence hit stumbling blocks, some began to take the road more traveled. More predictable diversity and inclusion initiatives, more tired conversations on race featuring celebrities like Common, and headlining-grabbing acts of charitable donations. Sprinkle in some additional woke book clubs, redundant calls for people to vote, and lots of performative social media posts, and the movement got co-opted into being about white people trying to prove just how much they understand rather than simply meeting the community’s demands.

At the end of the day, I don’t need white people to envision themselves in my shoes. The amount of emotional labor and effort that goes into trying to win white sympathy has proven more taxing than effective. White people shouldn’t have to see another violent video of a Black life being snuffed out in order to step up. Flooding timelines with trendy hashtags and buzzy memes is more about virtue-signaling than enforcing accountability. Right now, making a case for our own humanity to our oppressors and their complicit onlookers is a mission we should all abort.

The writing is on the wall: We can no longer accept excuses of fatigue or be complacent with the routine dog and pony show of addressing racism with vapid token gestures. We have now entered the phase of this movement where if you’re not with us, you’re basically against us. Those who claim to be fatigued need to reprioritize how they plan to fight against racism beyond complaints of sensory overload — remaining silent, whether online or off, is violence. No ifs, ands or buts about it.