The mayor knows he doesn’t have to run again — and his insult arsenal is all the better for it. 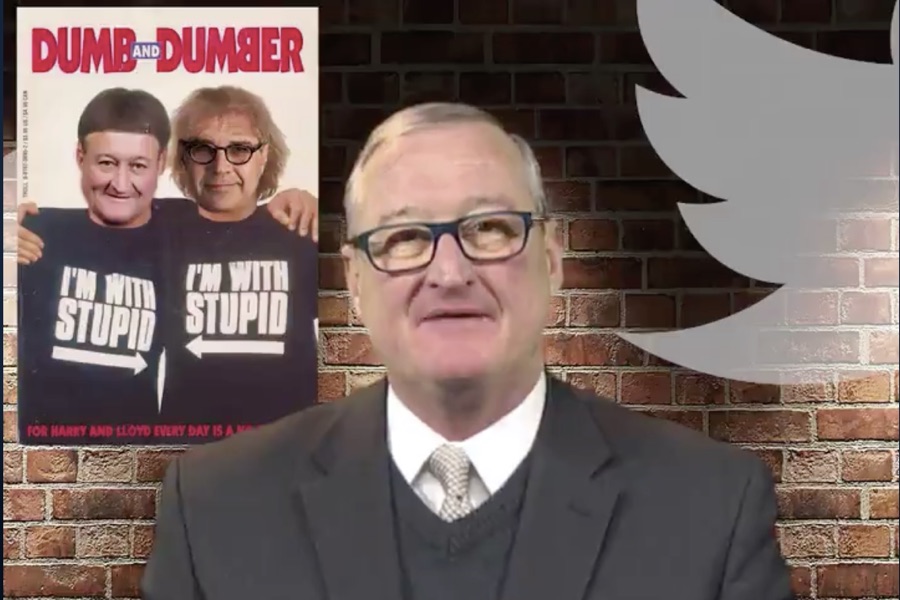 Jim Kenney’s Twitter presence has taken a real hit since becoming mayor. Screenshot via — where else? — Twitter.

Philadelphia might be a slightly less celebrity-starved town lately on account of Jason Segel and the return of Kendall Jenner, but let’s face facts: We’re still a city where the mayor is one of the most recognizable people around.

So you can understand why Mayor Jim Kenney has, at least in some ways, taken to acting like a celebrity. He’s long since mastered the art of frowning in photos, as if he were being accosted by paparazzi. (Of course in his case, it’s usually just the City Hall bureau.) Kenney’s is a frown that says “I have other important things to be doing.” Which, to be fair, he does!

The other thing Kenney likes to do is read mean tweets about himself, a trend that was started by actual celebrities on Jimmy Kimmel Live. And since Kenney was just re-inaugurated for his second and final four-year term, what better way to kick things off than by reading some of those nasty tweets sent by his detractors? Now that he’s been re-elected, he can really let loose and tell them all to pound sand!

Kenney doesn’t quite exhibit the comedic timing of his brother-in-initials Jimmy Kimmel, ad his comebacks can be a bit one-note — variations on “I won the election, so actually you’re the loser.”

But we’ll give the mayor some credit — he gets in a few zingers, too.

Our personal favorite was in response to this tweet: “He’s concerned about intersections and what bathrooms genders should be allowed to go in.”

“Well, that’s very,” Kenney began, pondering his words. “That’s not Shakespeare.” Short and sweet. Plus, we approve of any insult that invokes the Bard.

When an apparent six-year-old with a smartphone tweeted at Kenney asking “Hi. Who are you? Why are you on Twitter for me to see?,” the Mayor had this to say: “I’m the 99th mayor of the city of Philadelphia. I just started my second term. Google me. Learn something. That’s what the internet is really for. Not for this shit.”

We like seeing this side of Kenney, who can at times can seem to be draped in a permanent cocoon of malaise. It brings us back to the days of Kenney the councilmember, who had one of the best Twitter presences in the whole city and was never afraid of bashing a constituent online, or hitting on Leslie Stahl of 60 Minutes, or critiquing local news broadcasts, or even sharing some moments of introspection. But mostly we loved it when Kenney dunked on people.

We understand that with power dynamics and all, it would have probably been unbecoming for Kenney to keep up his keyboard warrior act as mayor. (As Kenney once admitted himself, he could be kind of an ass.) And yet: Here he is dishing out disses, and then posting them in a video to Twitter! That kind of feels like the same thing.

So now that it’s your last term, come back to Twitter, Mr. Mayor. We miss having you — the real you — online.