"I wish the absolute worst for @PhillyMayor in every aspect of his life. ROT IN HELL." 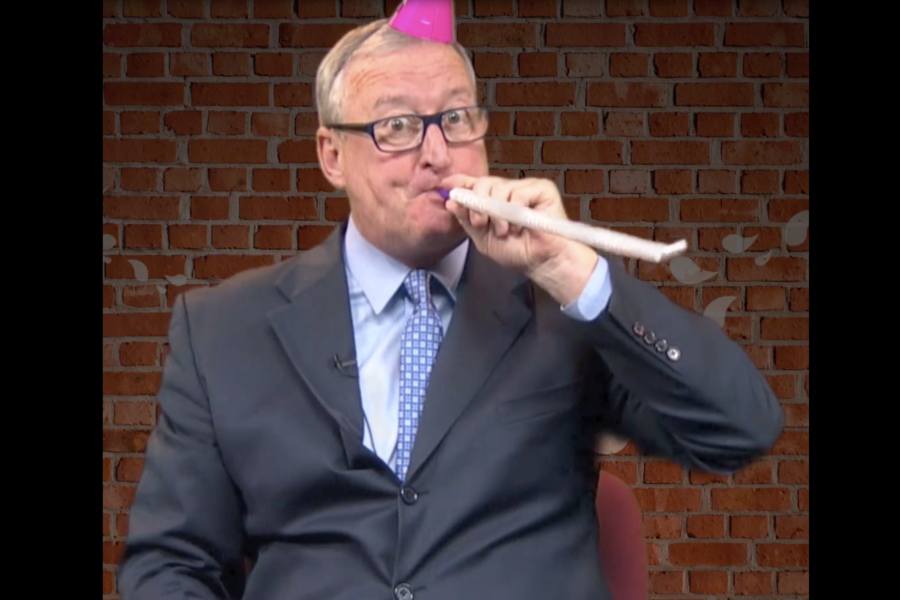 Image via the Mayor’s Office

Mayor Jim Kenney turned the big 6-0 on Tuesday, and to celebrate, he read some of what Philadelphians have to say about him on Twitter (once again).

It’s Kenney’s second “Mean Tweets” birthday edition (his first was in 2016). This year, Kenney is a little older, and the messages are even more ruthless. Our favorites? “Shut up taxy mc taxy,” and “I wish the absolute worst for @PhillyMayor in every aspect of his life. ROT IN HELL.”

Kenney’s responses to some of the tweets were pretty good (if corny): To “Oh yeah @PhillyMayor is still trash,” the mayor said, “One man’s trash is another man’s dumpster pool. Even though they’re not licensed.”

To “@PhillyMayor you’re no Irishman,” Kenney responded, “I know. I was born in Philadelphia in the United States. No one born in America can be an Irishman.”

(That means Kenney could still be sharing a “Mean Tweets” birthday edition when he’s 66. We just wonder if he’ll go back to tweeting things like “so sad sometimes” and “Someone put LSD in my turkey burger” when he’s no longer the mayor.)

While some Philadelphians really enjoyed it …

Others kept up the mean tweets.

What kind of Mayor posts on Twitter saying it's his birthday??? Step down Kenney you're a disgrace to Philly.

And you don’t act a day over 10. Happy birthday Jimmy.
Now quit pouting and apologize to Mr. Trump for your slanderous words.