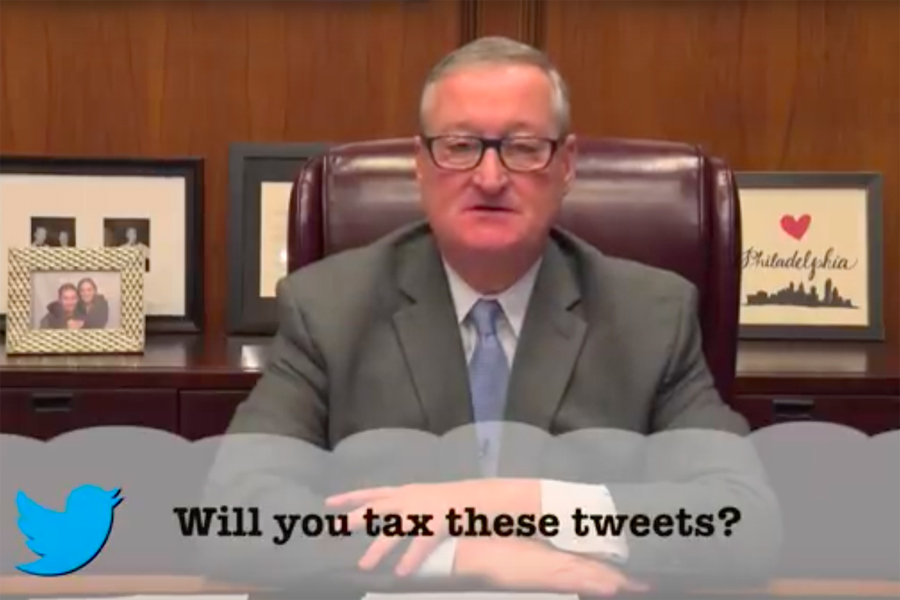 Being a political figure in the social media age must be rough. Before, when critics spoke badly of you, it always remained behind closed doors. At worst, maybe you’d read what a “lousy” job you’re doing in an opinion column from a publication like this one, or hear some pundit mock you on the radio. These days, people bring the heat right to your kitchen with reckless abandon.

You’ll find celebs that freely claim to never check their Twitter mentions in an ill-fated attempt to tune out the haters, but that can’t really be possible for one to truly maintain an active online presence, can it? Instead, Mayor Kenney – a frequent Twitter user who often encourages citizens to #AskKenney – channeled late night host Jimmy Kimmel and faced a sampling of his detractors head-on by responding to a few mean tweets. (We’re certain they were all written by WIP’s Howard Eskin.)

With this being Philadelphia, capital of brutal honesty, things got nasty – when the insults were coherent, that is. Watch the mayor counter fat jokes as well as attacks on his ligaments and civic policies below. “Buddy the Elf” also makes a random appearance …