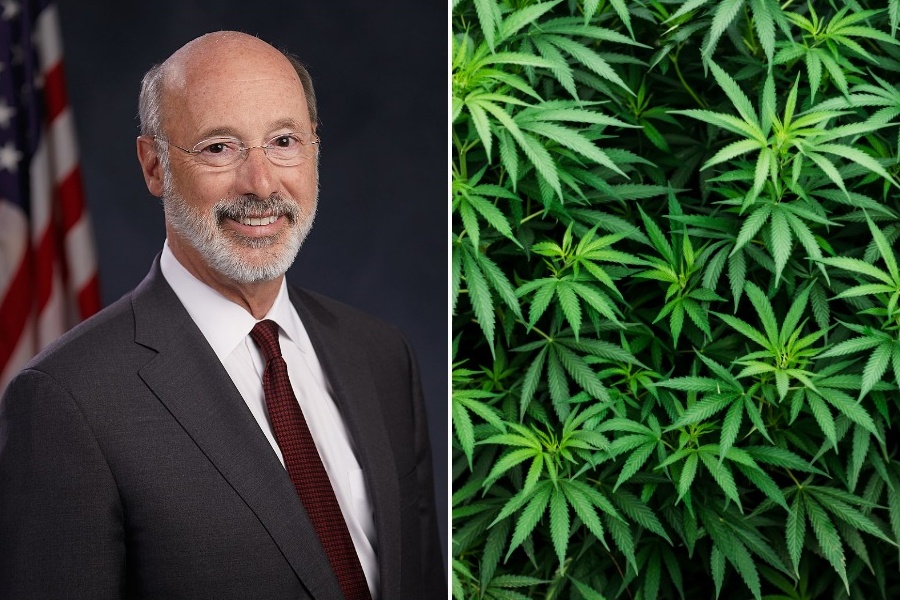 Gov. Tom Wolf has finally opened his mind to the idea of legalizing recreational weed use in Pennsylvania … after Lt. Gov. John Fetterman shined a little light on the matter.

Wolf, who has taken years to warm up to the notion, came out in support of the move on Wednesday. His statement follows Fetterman’s recent statewide “recreational marijuana tour” — which was, apparently, a lot more productive than it sounds like it would be.

“We now know the majority of Pennsylvanians are in favor of legalization, and that includes me,” Wolf said at a Capitol news conference. “I look forward to seeing what we can accomplish together, especially the criminal justice reforms I am proposing today, which will have an immediately positive influence on thousands of families across Pennsylvania.”

As part of the recreational marijuana tour, Fetterman visited the state’s 67 counties between February and May to hear from Pennsylvanians on their level of support for the legalization of marijuana. Wolf said that “among the many who voiced their opinions, the majority support legalization.” (This comes as a surprise to approximately no one but Wolf, apparently, seeing as polls dating back a few years show that a majority of Pennsylvanians have supported legalizing weed.)

Nearly 10,300 people attended the tour, while more than 44,400 comments regarding recreational marijuana were submitted to the Governor’s Office online. (We rounded up some of the best comments earlier this summer.) Of those who participated, 65 to 70 percent approved of legalizing recreational weed. Those who support doing so listed reasons such as economic benefits, increased state funding (which, they said, should go toward education and/or infrastructure), and criminal justice — through the expungement of past nonviolent cannabis convictions, which Wolf is now calling for.

A report released in the wake of the tour includes a county-by-county breakdown of attendance and recreational marijuana support and opposition. The most popular stop of the tour was Lancaster, where more than 400 people showed up. Interestingly, the lowest attendance was in Philadelphia, where only a few dozen people bothered to participate (maybe some Philadelphians were too busy on their own recreational marijuana tours) — but residents here submitted a ton of online feedback. Not surprisingly, our county had some of the highest recreational marijuana approval ratings: 94 percent in person and 96 percent online.

Wolf and Fetterman are now calling for three actions at the state level. First, they want the Pennsylvania legislature to produce a bill that would decriminalize nonviolent and small cannabis-related offenses, as mentioned. Second, they want to seek “a path to restorative justice through the expungement of past convictions” of the aforementioned crimes. And third, they want the General Assembly to “seriously debate and consider the legalization of adult-use, recreational marijuana.”

The first two are seriously overdue: Minorities in the U.S. are arrested for cannabis-related offenses at four times the rate of white residents, despite similar use rates, according to the American Civil Liberties Union. In Pennsylvania, cannabis-related charges result in more than 25,000 Pennsylvanians — disproportionately people of color — entering the criminal justice system, according to state Senators Sharif Street and Daylin Leach, who have previously sought to legalize recreational cannabis for adult use in Pennsylvania.

The last goal isn’t likely to happen anytime soon, thanks to Pennsylvania’s GOP-dominated state legislature. Republican condemnation of Wolf’s statement has been swift and harsh: In an official release, House Republican leadership said members are “disappointed and frustrated Gov. Wolf would promote recreational use of a drug classified as a Schedule I narcotic by the federal government.”

At least Wolf has come around. State Republicans? Not so chill.