In honor of National CBD Day, which apparently is a real thing. 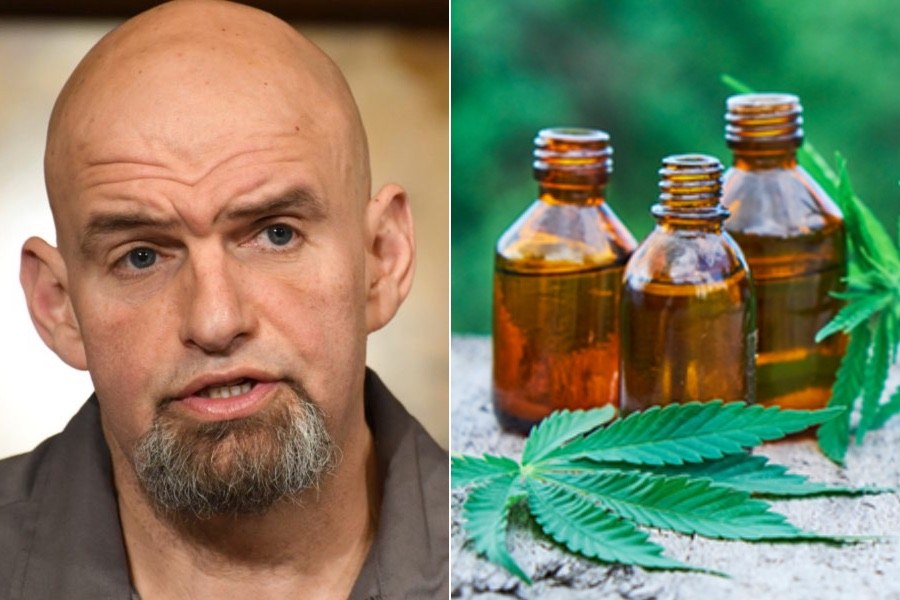 You’ve been living your whole life thinking August 8th is just another mid-month summer doldrums day. Which we suppose is true — but it is also National CBD Day. (And National Happiness Happens Day, and National Frozen Custard Day, and National Sneak Some Zucchini Into Your Neighbor’s Porch Day, and National Dollar Day. Seriously. This is according to something called the National Day Calendar, a group that actually vets and approves applications for faux-holidays.)

Anyway, we don’t especially care about the pandemic spread of these meaningless holidays, but National CBD Day did get us thinking. Because remember a few months back, when Lt. Gov. John Fetterman embarked on a statewide listening tour to discuss legalization of recreational marijuana and the Wolf administration asked for citizen feedback?

We were wondering what you, the people, actually thought about this all, so we submitted a public records request to get a cross-section of responses from Philly and the suburbs, totaling about 1 percent of all submissions received by the state. A grand total of 35,012 people submitted feedback — nearly 30,000 of whom reported they were in favor of recreational marijuana legalization. About 4,500 people expressed opposition, while 500 indecisive people couldn’t make up their mind either way.

So kick back with a CBD drink or something, and check out a few of the high points from the 35,000 submissions.

John M., big tobacco buster: “I believe that marijuana should be legalized, and then with the years that follow, tobacco companies can replant their fields with the plant so that they can generate more wealth, thus helping the economy. Also, this will (hopefully) also finally eliminate cigarette smoking.”

Cody P., lexicologist: “The money profit to state goes right to the people as we have been robbed from you and y’alls BS propaganda. And yes that’s the biggest word I know to spell I bet, but you cant judge a man on that. It’s about character. Alcohol and cigarettes are horrible for you, are addictive, can kill you, and they’re legal. Marijuana is not harmful in moderation, is not addictive, and has never and cannot kill you. I think legalization is a simple choice and long overdue.”

Daniel S., wordplay wiz: “The numbers do not lie. The states where it’s legal have good economic situations. Legalize pot so PA can fill pot holes!”

Jasmine N., budding entrepreneur: “An individual like me would love to make a business off selling marijuana infused products. It’s always been a dream of mine because of the state of well being it gives to myself and others.”

Jonathan B., budding competition: “I can’t wait till I can open my first legal marijuana restaurant. I’m a 21 year old college student and I know that marijuana will help PA’s economy.”

James M., future client of Jasmine N. or Jonathan B.?: “If New Jersey or Delaware legalizes it and PA doesn’t, I will just go out of state to buy it.”

Terry F., inadvertent print journalism roaster: “I would like to see this website advertised more. I found it in a newspaper column, which I am sure many did not see.”

Katie F., be-careful-not-to-narc-on-yourself-award winner: “I support legislation. There are many benefits of marijuana. And psychedelics for that matter.”

Mark E., slippery slope philosopher: “God made it. It must be beneficial.”

Nick C., slippery slope philosopher, libertarian edition: “Americans don’t have to like cannabis, but they should hate its prohibition. This prohibition law strikes at the very foundation of our society. It is a tool of tyrants, used to violate core American beliefs and nearly every aspect of the Bill of Rights. A populace that accepts and becomes accustom to overreaching government policies, such as the prohibition of relatively safe, popular substances, becomes more accepting of overreaching, powerful government in general.”

James V., common sense proposer: “Please be sure to also expunge all records of marijuana-related convictions.”

Adam M., policy wonk?: “If we could give citizens license permits and signs to put in their properties to grow and sell then pay $1.00 tax for every $10 earned in sales and not leave it up to farmers reserving ground to grow and thus effecting food production and prices.”

Jason A., student of Hemingway: “Legalize that shit.”

David W., token curmudgeon: “TERRIBLE IDEA! It’s bad enough I have to deal with breathing in second-hand smoke from cigarette smokers, now you’re telling me I have to breath in second-hand weed smoke too? And there is ZERO thought given to driving while impaired.”