It's the first time he's suggested that Pennsylvania could be ready for the herb. 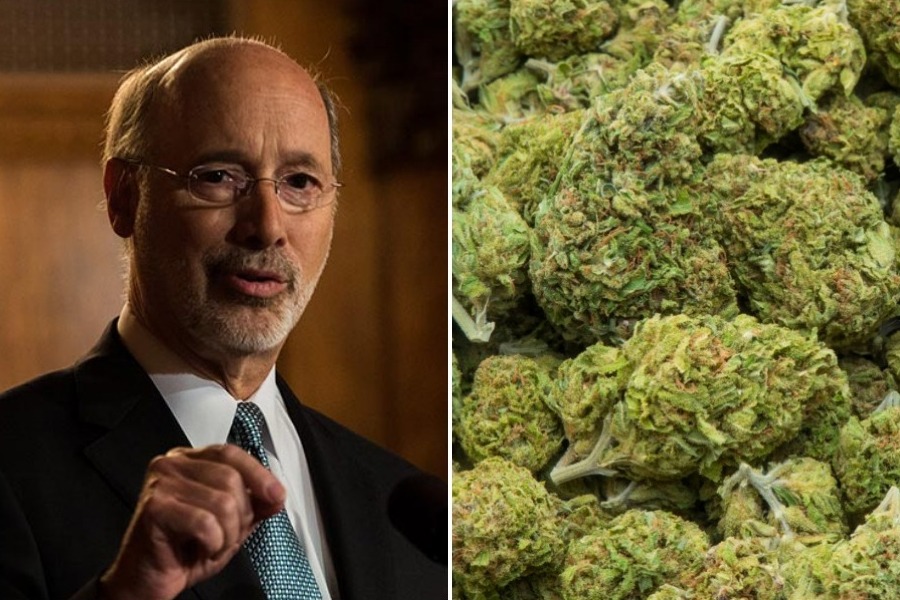 Gov. Tom Wolf isn’t known for being a huge fan of legalizing recreational weed. This past August, he said Pennsylvania was simply “not ready for it” — which is pretty much what he said in 2017, too.

But now, he seems to be warming to the idea. In a tweet written during a “Twitter town hall” on Wednesday, Wolf said it’s “time for Pennsylvania to take a serious look at legalizing recreational marijuana.”

“More and more states are successfully implementing marijuana legalization, and we need to keep learning from their efforts,” he wrote.

More and more states are successfully implementing marijuana legalization, and we need to keep learning from their efforts. Any change would take legislation. But I think it is time for Pennsylvania to take a serious and honest look at recreational marijuana. https://t.co/LHOmYKzMyp

Wolf emphasized that the move would require legislation passed by our Republican-dominated state legislature, of course. But it’s not impossible. Ten states have now legalized recreational marijuana, and more are “seriously” considering it — including our neighbors, New Jersey, Delaware, and New York.

Several state lawmakers are expected to introduce legislation that would legalize recreational weed next year.

State Auditor General Eugene DePasquale has long advocated for legalizing marijuana. In a report released this past July, DePasquale estimated that legalizing, regulating, and taxing recreational marijuana could save Pennsylvania $581 million per year in revenue.

He cited a recent poll showing that a majority of state residents support legalizing marijuana. The 2017 Franklin and Marhsall survey found that 59 percent of Pennsylvanians thought recreational weed should be legalized, while 31 percent of respondents said they didn’t think so, and nine percent said they didn’t know.

“Imagine what that $581 million could mean for Pennsylvanians,” DePasquale said earlier this year. “Not only would it help balance the state budget, but it would also mean increases to initiatives that affect Pennsylvanians’ lives, such as greater access to opioid treatment and better health care access for veterans and children.”

Pennsylvania will benefit sooo much once marijuana becomes legal. Job growth and a flood of tax revenue is the obvious things. Also as a society the public will get more access to information to how to use the drug and how to use it responsibly. Thanks for the answer <3

Wolf signed legislation legalizing medical marijuana in 2016 — after 22 other states had. Patients can now register for a medical marijuana ID card and pick up the product at local dispensaries. Meanwhile, both Philly and Pittsburgh have decriminalized possession of small amounts of weed.

Many residents are on board with Wolf’s thinking and see the benefits of legalization.

Police resources can be shifted too. So many things this opens up.

Pot Is Super Popular Among My Fellow Boomers. So Why Can’t I Get on Board?