Philly Manages to Have a Non-Freakout Snow Storm

We’ve already got more snow than in last month’s Total City Shutdown, but (almost) everyone’s at school and nary a bread shelf was cleared. 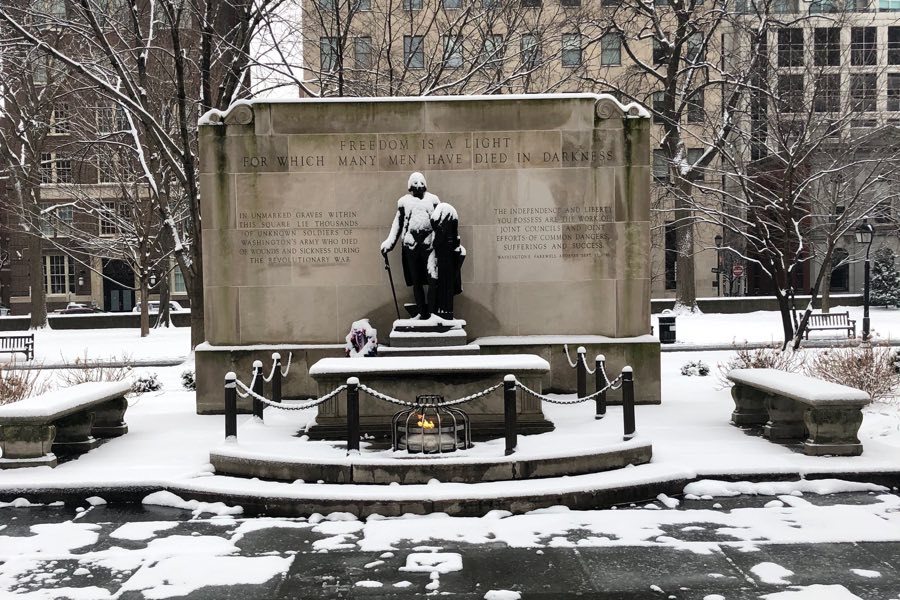 Fast forward to Friday morning, when people woke up to — surprise! — yet another storm. But there was no buildup this time around, even though the National Weather Service had predicted up to 3 inches, which is about the same estimated figure it provided for last month’s weather. And according to my very unscientific measurement of the snow gathered on my trash can this morning, I’d be willing to wager the real total today was in fact as high as 4 inches.

It was nigh impossible to avoid mention of the last Snowmageddon. But today, people were caught off guard.

I hate when I don’t prepare my servers to work from home. Who knew it was gon snow

Where did this snow come from? Ughhh what a way to bring in March

I happen to have a theory about why this storm garnered less attention: The calendar has now turned over to March, signaling the beginning of a month that has associations with spring, not winter. Maybe the snow hype train died down because it figured people are now out of winter hibernation mode. Those bleak winter doldrums only get people excitedly miserable for so long. Now city’s attention span has moved onto happier things, like springtime rebirth. (The Philadelphia Flower Show begins on Saturday, after all.) 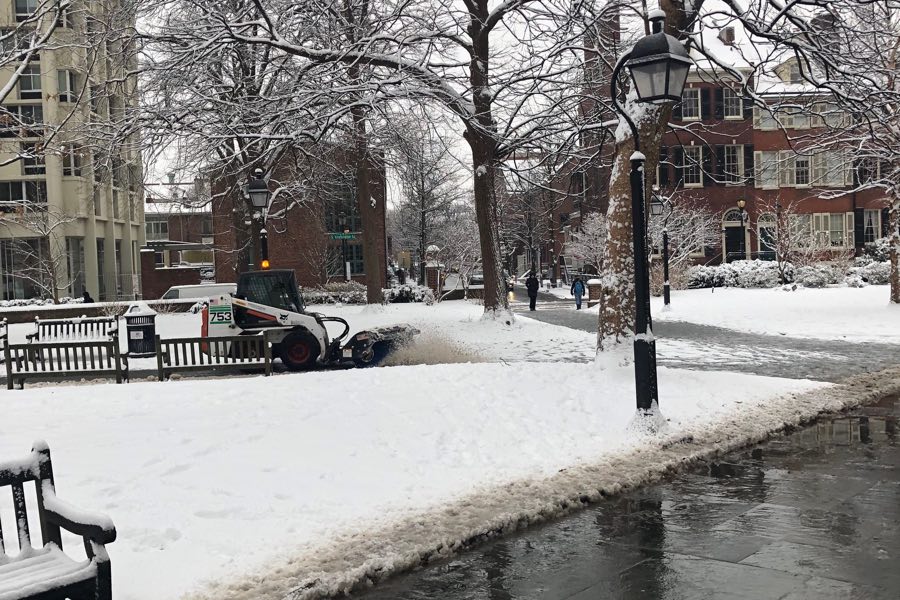 Nothing says “Welcome to March” like slush-filled Washington Square. Photo by David Murrell.

That’s not to say that this storm has had no impact on folks. A few schools have closed for the day in the suburbs, per ABC6, and a host of others are operating on a two-hour late arrival schedule. (Notably, the School District of Philadelphia, which shut down entirely last time around, is operating on no delays whatsoever). Some lucky students, like those at Regina Angelorum Academy in Ardmore, ended up with a full day off — they were already scheduled for a half-day, so the school went ahead and just said, Forget it, take your snow day.

Meanwhile, on the transit side of things, SEPTA reported some delays and detours — including a full suspension of the 35 bus route.

The airport also alluded to some potential cancellations.

Our #PHLairport snow crews are busy clearing runways and deicing planes this morning. Winter weather ❄️ advisory in effect. Some cancellations and delays reported. Check flight status with your airline before coming to the airport #PHLsnow pic.twitter.com/lPjxqmVwSZ

The winter warriors over at UPS, on the other hand, refused to succumb to the elements.

A little snow isn't going to stop these packages from being delivered. #phlsnaps #UPSers pic.twitter.com/5VmCmD4uOY

And Amtrak said it was experiencing switch troubles due to the weather.

Train 641 is currently operating about 40 min late due to weather-related switch issues in Philadelphia (PHL).

According to the NWS, a Winter Weather Advisory for Philadelphia ended at 10 a.m. this morning. But the ride isn’t over yet: Another mini storm should be coming our way into Saturday morning, bringing rain and possible sleet.

Oh, and by the way, the NWS then predicts a subsequent, “potentially significant” weather event is headed this direction Sunday into Monday. Let’s hope we can keep our calm the next time around, too.