Do we really need to be in the middle of a blizzard before schools can make a choice in favor of our kids’ safety? 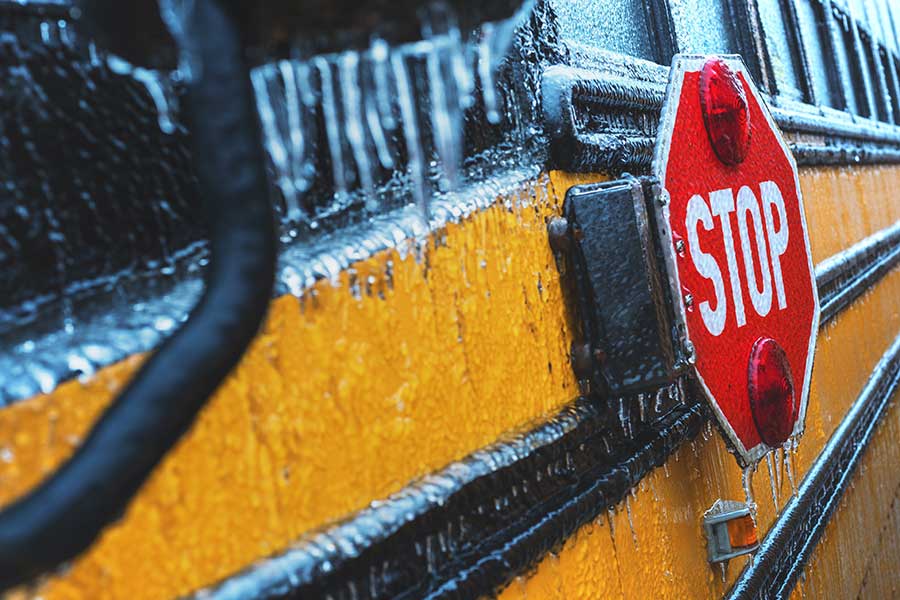 It happens every time.

Philly announces school closings due to a snow or “wintry weather” forecast, and there’s an uproar from small-minded, privileged, or Eisenhower-era folks who think closing the schools over a snow forecast is a really stupid idea.

Well, it’s not snowing outside yet. Ergo, we shouldn’t announce school closings.

Just after 2 p.m., before the school day was even over and while the bright sun was high in the sky, the Philadelphia School District announced that all of its schools would be closed the next day — i.e. today — thanks to the “forecasted inclement weather.”

Once the news got out of the Philly school closings, people on social media chimed in with their sagacious observations.

“Are you kidding me???” opined one. “That is incredible they are cancelled to bullshit forecasts……3 inches MAYBE in Philly is called on…….pussies.”

One commenter amusingly termed this Philly snow forecast hysteria “Accu-panic!” (I gotta remember that one.)

Something about how they used to walk some number of miles to school in the snow, their feet wrapped only in newspapers because it was during the “Great War” and everybody had to donate their shoes to the military so they could use the leather to make bomber jackets for the fighter pilots and then the school got blown up by Nazi saboteurs and they had to just turn around and walk all the way back home and then the power was out for five days so they were really glad they had batteries for their transistor radio so they could listen to “The Shadow” and “Ozzie & Harriet.”

Oh, believe me. I understand the mentality.

After all, weather forecasters are so often downright wrong, so why on earth would you base decisions like this on what they have to say?

Prior to the winter of 2012–2013, during their silly long-range winter forecasts, Cecily Tynan said we’d get at least 24 inches of snow while Glenn “Hurricane” Schwartz went with a prediction of 30 inches or more. We got less than nine inches.

The next year, Tynan and Schwartz were, understandably, far more circumspect with their prognostications. Both of them said we’d have snowfall in the ballpark of 15 inches. We got crushed with more than five feet of snow. Wouldn’t you like somebody to pay you many hundreds of thousands of dollars a year to be that inaccurate?

Of course, it’s unfair to blame Tynan and Schwartz for this lack of confidence in Philly’s meteorologists. Let’s be honest: the only person we can really blame is John Bolaris.

If you were around in Philadelphia back in 2001, you’ll remember that then-hotshot meteorologist Bolaris predicted that a forecasted snow event would be the “storm of the century.”

Everybody was talking about it. Panic-shopping at the Ack-a-me was in full force. Schools were called off. Municipal offices were shuttered. And then, of course, nothing happened, and Philly would turn against its meteorologists forever.

And still, even knowing all that, I find it shocking that some people think that we shouldn’t err on the side of an abundance of caution when it comes to our children.

Sure, maybe your Rittenhouse nanny drives your kids to school every day in your Land Rover, or maybe you happen to be well-off enough to live down the street from the Greenfield School or the Meredith School or one of the other few desirable public schools in Philly, but for every kid like that, there are scores of kids who rely on, you know, school buses to get to and fro.

“Lol @ people who complain that children won’t be put on school buses, without seat belts, 40 at a time, in a stranger’s care, to be driven in hazardous conditions,” wrote one sensible commenter on Facebook yesterday, making my point for me in advance.

And besides the obvious safety issues involved, waiting until the last minute to announce a school closing doesn’t make sense logistically. Yeah, it can be a real hardship for some of us to make childcare arrangements for a snow day announced a day in advance, but it’s much easier than getting a call at 11 a.m. that you need to suddenly pick up your kids.

Do you remember last November when, all of a sudden, the streets in the area became sheets of ice, in a pre-winter wintry weather event that has not, thus far, been surpassed in its severity?

My kids’ school, a small private academy that makes its own decisions when it comes to school closings, did not close down that day and, while most of the schools around it announced early dismissals before the lunch hour, their school held off.

My wife and I decided heck with this and went to pick the kids up from school anyway, and a trip that normally takes no more than 20 minutes round trip took more than two hours.

It was downright treacherous. Accidents everywhere. And, to make matters worse, the kids insisted on listening to back-to-back Christmas songs (and singing along at the top of their lungs) on B 101.1 for the entire trip home. Never have I hated “Dominick the Donkey” more.

So, sure, go ahead and hate on Philly’s meteorologists all you want. I couldn’t care less.

And, sure, go ahead and rail on the lack of efficiency and the bounty of incompetence in your local school district. It’s probably well-deserved.

But let’s not jeopardize the safety of our kids to make a point.