Dear Wawa: Here’s How You Can Be Better 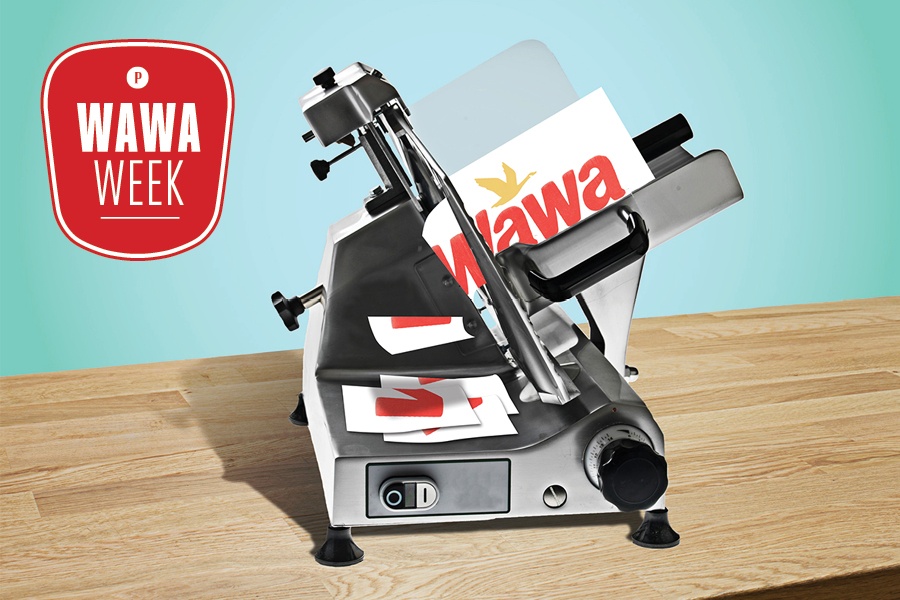 Bring back the deli slicer, and other Wawa improvements

There’s a lot to love about Wawa, but let’s be real: Wawa could also be a lot better. They’re nearly $20 billion behind sucky 7-Eleven in terms of annual revenue, so we thought that we’d help our favorite convenience store out with some suggestions on how to improve.

Go Back to the Old Wawa Rolls

We’re sure that Wawa execs all maintain that the newer Wawa rolls are as good as or better than the old Wawa rolls, in part because they can claim that they are fresher, since the Wawa rolls of today are delivered par-baked and then finished in the store. But any Shorti-eating Wawa devotee will tell you that the new rolls, while OK, just don’t stand up to the Amoroso rolls that were delivered fresh each morning.

Some people love Wawa coffee, but then again, some people also love Dunkin’ Donuts coffee, which is truly terrible. Some people wait for two hours to get a table at the Cheesecake Factory in King of Prussia. So people and their opinions really cannot be trusted. Wawa coffee will get you through in a pinch, but it could also be a lot better. You shouldn’t be satisfied with a B on your report card.

There is literally one Wawa in all of Pennsylvania that sells alcohol. It is, for whatever reason, in Chadds Ford. We can gas up our cars at Wawa. We can get Wawa meatball parm sandwiches at 1 a.m. We can get cash without fees at the Wawa ATM. But we can’t grab a six-pack.

Follow the example set by CVS. We know this will never happen, because Wawa makes ridiculous amounts of money from pushing nicotine on the masses. But it’s the right thing to do.

Bring Back the Deli Slicer

It used to be that you could go to Wawa and grab a half-pound of turkey or ham, but now you’re forced to go wait in line at your local supermarket’s deli counter. We miss the deli slicer.

We’re not sure how a convenience store’s design could be so well-conceived while some of the parking lots seem like they were designed by a hyena. Or a parking sadist. You know those movies where terrorists take over the traffic signals in a city to cause chaos (the one that comes to mind right now is the last Die Hard)? Sometimes a Wawa parking lot can feel like that.

It’s great that we can get gas at Wawa, but the whole system is messed up. People don’t know what they’re doing. They leave their cars at the pump and go in and get coffee. A visit to Wawa for gas can be enough of a reason for your doctor to prescribe Valium. Gas station attendants would resolve this entirely.

When we think of Wawa, that silly, jingly “We Do It Just a Little Bit Better” tune pops into our heads. So we asked a bunch of local musicians to come up with new Wawa theme songs. (You can listen to them here and here, and we posted one below.) They own the rights to their songs, Wawa, so the ball is in your court.

We’re not saying that every Wawa should be a drive-thru Wawa, but every time we visit a Swiss Farms drive-thru window in Delco, we realize that what we really want handed to us is an Italian Classic and some Herr’s chips.

Install Public Restrooms at Every Wawa

We’ve been there a million times. You go to Wawa. You order a hoagie. You get some cash at the ATM. You maybe peruse the beverage section. And then you realize that you really need to pee. And, because Wawa is so damn convenient, you know that there’s a bathroom you can use. Except that there often isn’t.

The fried chicken at Wawa competitor Royal Farms is really, really, really good. Well, at least for gas station fried chicken. Wawa doesn’t really have anything like that. You can’t possibly argue that a Turkey Shorti is fantastic. It’s fine. It’s convenient. It fills you up. Wawa should have some food item like the Royal Farms fried chicken that Wawa is known for. It’s not good enough to just be known for convenience.

Decorate for the Holidays

What’s the deal, Wawa? Every place we go has tinsel and Santa Clauses and other reminders of our yuletide glee. But we haven’t seen one decked out Wawa. We asked our anonymous Wawa employee about this, and he told us that Wawa gives no directives on holiday decorations. As he tells it, it’s just up to each store’s discretion and for employees to volunteer to buy decor and put them up. Are you secretly a grinch, Wawa?