Here is their best work. Naturally, a parody of “Eye of the Tiger” could not be avoided. 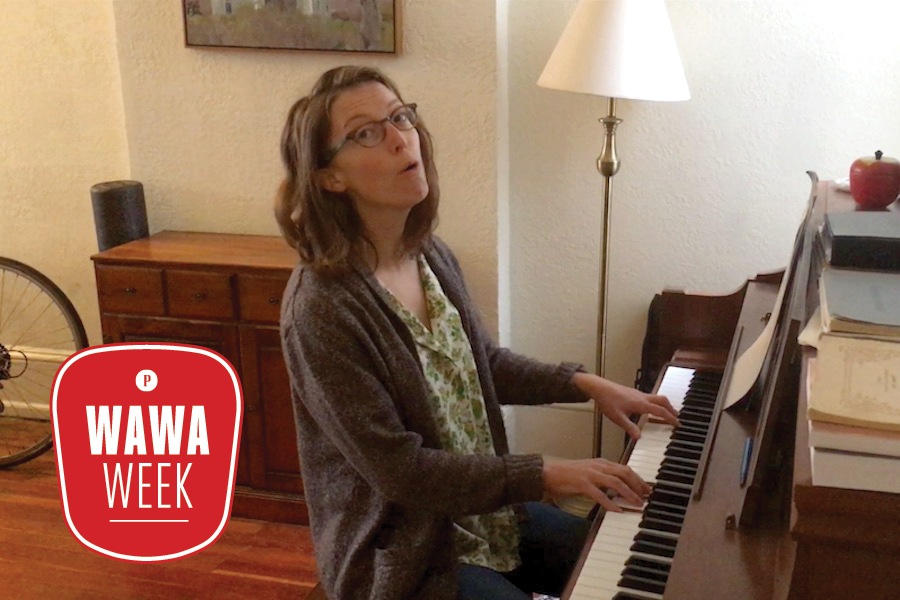 Seeing that it’s Wawa Week in Philadelphia, at least as far as we’re concerned, we decided that it’s time for Wawa to have a new theme song (because, you know, it’s been a while).

So we reached out to local musicians, rappers and comedians to see what they could come up with.

We recommend that you put your earbuds in, sit back, and watch all of these short videos in their entirety.

“Because Everything Else is Just Sheetz”

Best of Philly-winning comedian Chip Chantry, who once delivered us the amazing “Deck the Hall & Oates,” teamed up with Los Angeles comedian Brendan Kennedy for this entry that puts to clever use the name of Wawa’s archenemy, Sheetz.

“The Magic of Wawa”

This Rocky-inspired treasure comes to us from Philadelphia comedians Betty Smithsonian, Kristen Schier, and Rob Alesiani, who are part of the Flannel Chucks.

“Where the Streets Are Lined with Wawa”

Leave it to West Philly musician Eliza Hardy Jones, who plays piano for renowned singer-songwriter Grace Potter and also makes quilts out of music, to pen such a lovely, heartfelt ode to Wawa. She even manages to work in geese — the animal from which Wawa derives its name. We almost teared up.

What Wawa theme song endeavor would be complete without a Wawa heavy metal tribute? We thank the dark forces at work behind this contribution that makes us oh-so-happy for lyric captions. (OK, full disclosure, I made this in my bedroom.)

Might FlipSide Esq. is a Philadelphia-based event host, hip-hop artist, DJ, promoter, and video/film producer who has shared the stage with the likes of Nelly, Kool Keith, Jedi Mind Tricks, P-Funk and Del the Funky Homosapien. Here, he rhymes about why Wawa is the ultimate.